Aitor Mateo (born in Madrid 1981) is a Spanish model.  Mateo’s modeling career began in 2006 when his girlfriend convinced him to go to her agency.  And in a few days, he was getting work.  After getting his start in Europe, Mateo moved from Madrid to New York and, as is typical of many models coming from Europe to the U.S., has moved from more editorial and runway fare to working on commercial projects.  His notable modeling credits include gracing the pages of “Instict” magazine and campaign for “Impetus Underwear”.  OHLALAmag just posted the freshly-launched campaign that Aitor did for Davidoff Champion (see video 1 of 2 below).  For fun, Mateo enjoys hanging out at the beach and playing the guitar which he’s been playing since he was 12.  He plays everything from electric to acoustic.

Mateo also enjoys not returning my phone calls, and calling the police when he finds me crawling up the fire escape leading to his kitchen window.  In other words, Mateo enjoys playing hard to get. 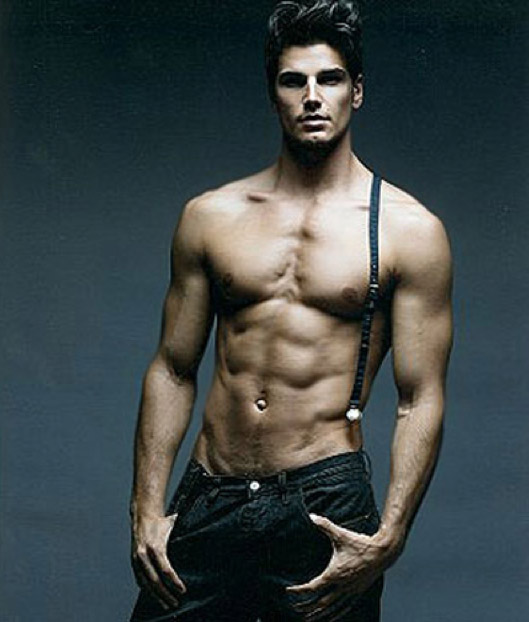