Want to give your pot pies a bit of a Hallowe’eny touch? Just add tentacles! “First position the tentacles. Pick them up by the wide end and drape them by lowering the narrow end down to the the plate first, then up the edge of the bowl and over the lip of the bowl. If the wide end of the tentacle extends further than an inch in towards the center of the bowl simply trim it with kitchen scissors before letting it go.”

Get the recipe at Not Martha. 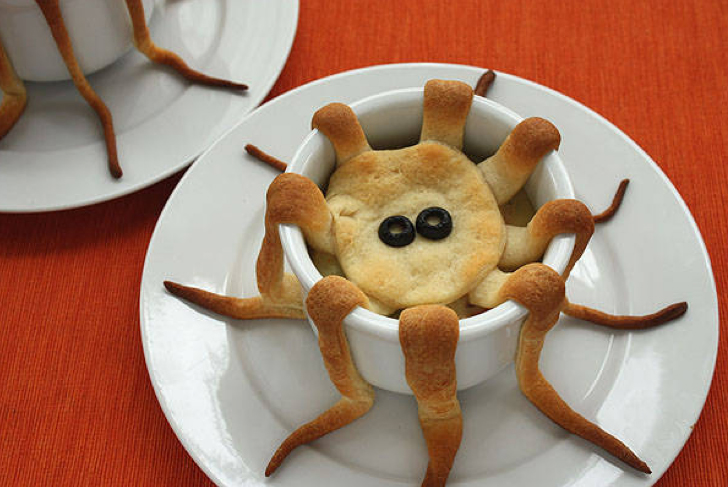