Brick is about the fustiest building material in the book — but with some 3-D modeling and imagination, it can become refreshingly modern. Case in point: World Architecture News has a story about a lovely office and exhibition space whose cinder-block facade seems to ripple.  The office was a crumbling fabric warehouse in Shanghai that the architecture firm Archi Union patched up with a facade of hollow bricks. A hat tip to the building’s past, the gentle crests and troughs are meant to evoke the contours of silk blowing around in the wind. To create that pattern and its deceptively simple forms, the architects had to model the precise brick layouts in 3-D, on a computer. 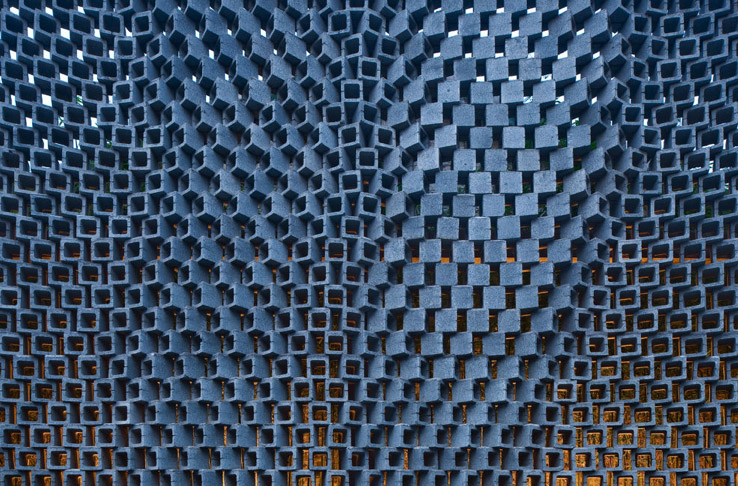 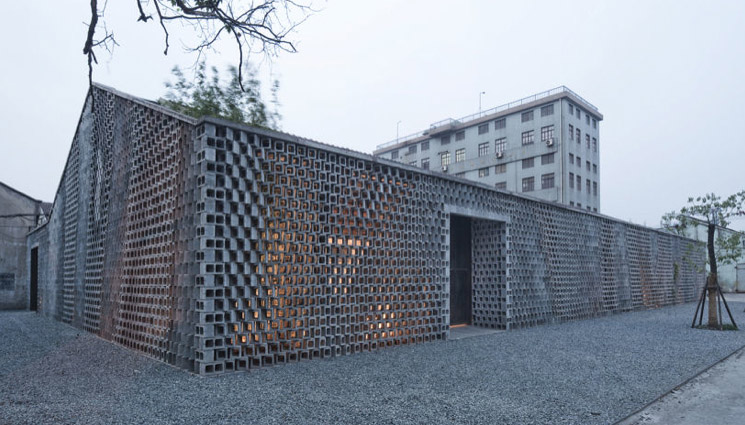 Indoors, they toyed with the same theme, marrying the old and the new. They left existing solid brick walls exposed, then built up a dramatic indoor pavilion and filled the offices and conference rooms with starkly contemporary furniture.

Previous post:
“The Silence Of The Lambs” Bloopers (Restricted To 18+) Next Post:
The PS22 Chorus Performs MGMT’s “Kids”