Scientists have identified the part of the brain that appears to control introspection – the ability to think about what you are thinking.  The discovery could lead to an understanding of one of the key ingredients of human consciousness and could help to treat certain brain injuries where people lose their ability to reflect upon their own thoughts and actions.  Researchers found that people who were more introspective tended to have larger volumes of nerve tissue in an area of the prefrontal cortex, directly behind the eyes.

“We found a correlation between introspective ability and the structure of a small area of prefrontal cortex near the front of the brain,” said Professor Geraint Rees of University College London. “The better a person was at introspection, the more grey matter they had in this area. The same was true of the white matter, or nerve connections, in this area,” he said.  “At this stage, we don’t know why their grey or white matter differs in this small area. Does this area develop as we get better at reflecting our thoughts, or are people better at introspection if their prefrontal cortex is more developed in the first place?” Professor Rees added.

The discovery follows analyses of the brain scans of 32 volunteers who were asked to complete a psychological test based on a computer screen designed to examine their ability to think about their own actions.

Read the full article at The Independent. 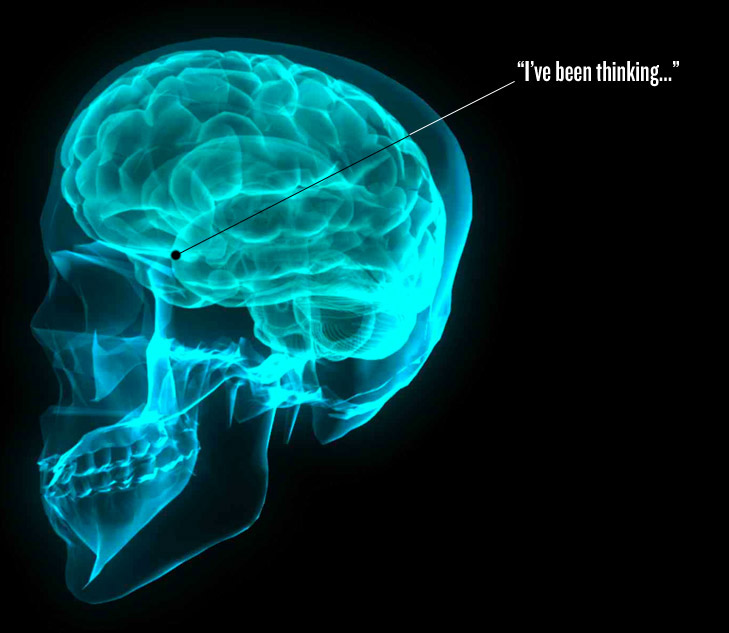