New Brain Research Showing There Is No Ghost In The Machine

New research coming out of the Institute For Cognitive Neuroscience in London is demonstrating “transcranial magnetic stimulation”, a technique that uses magnetic coils to affect one’s brain, and then to control the body. One of his research assistants, Christina Fuentes, is holding a loop-shaped paddle next to his head, moving it fractionally. “If we get it right, it might cause something.” She presses a switch, and the coil activates with a click. Prof Haggard’s hand twitches. “It’s not me doing that,” he assures me, “it’s her.”

I watch as Christina controls Prof Haggard’s fingers like a marionette. The mechanical nature of it is unsettling. A graph on a screen shows his muscle activity plotted by time; 20 milliseconds after she clicks the button, it depicts an elegant leap and drop, like a heartbeat on an ECG. That 20 milliseconds is how long it takes for the signal to travel down his nerves. “The conduction time would be less from my jaw muscles, more from my leg muscles,” he says. And as many of us will recognise, the process gets less effective as we age: “As I get older, the curve will move slowly to the right on the graph.”

The idea that our bodies can be controlled by an outside force is a pretty astonishing one. “This is absolutely out of my control,” insists Prof Haggard, as his muscles continue to move. “I’m not doing it, Christina is. I’m just a machine, and she is operating me.”

What does this mean in terms of free will? “We don’t have free will, in the spiritual sense. What you’re seeing is the last output stage of a machine. There are lots of things that happen before this stage – plans, goals, learning – and those are the reasons we do more interesting things than just waggle fingers. But there’s no ghost in the machine.”

The conclusions are shocking: if we are part of the universe, and obey its laws, it’s hard to see where free will comes into it. What we think of as freedom, he says, is a product of complexity. “An amoeba has one input, one output. If you touch it with one chemical, it engulfs it; with another, it recoils.

Slowly, however, we are learning more about the details of that complexity. This, Prof Haggard says, has profound implications: philosophically, morally, and – most worryingly – legally. “We understand what brain areas are responsible for impulsive behaviour, and which bits are responsible for inhibiting that behaviour. There’s a whole brain network associated with holding back from things you shouldn’t do.

“What happens if someone commits a crime, and it turns out that there’s a lesion in that brain area? Is that person responsible? Is the damage to the machine sufficient for us to exempt them from that very basic human idea that we are responsible for our actions? I don’t know.” He refers to a major project in America, where “lawyers, neuroscientists, philosophers and psychiatrists are all trying to work out what impact brain science has on our socio-legal sense of responsibility”.

Read the full article at the Telegraph. 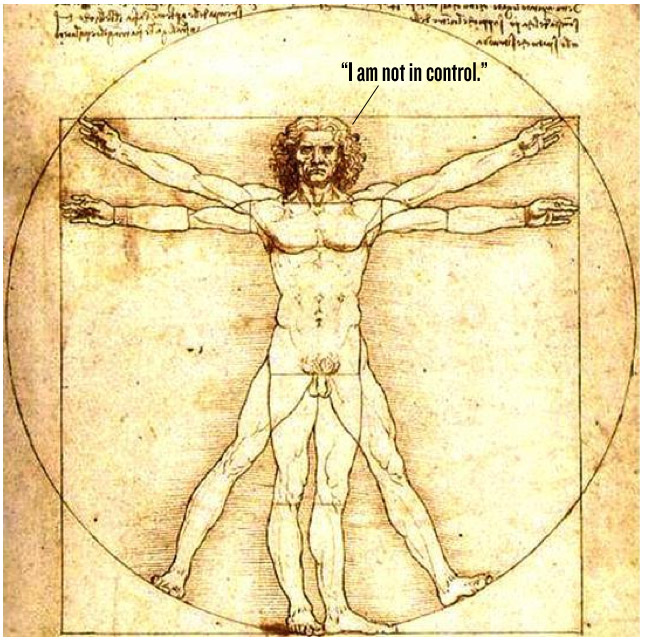 Previous post:
Green Wall Removes 15,000lbs Of Dust & Toxins From Air Each Year Next Post:
Aaron Sorkin Defends His Portrayal Of Women In “The Social Network”