Fans of the now infamous 1979 BBC series “Life On Earth” (David Attenborough’s groundbreaking 1979 BBC2 series that used music, alongside Attenborough’s commentary, to convey the magic of evolution, science and life itself) can finally stop holding their breath.  After a fan stumbled upon one vinyl copy of the soundtrack in a record store (and somehow stopped short of having a cardiac arrest), the music is now available for the entire world.  There are many people who thought this day would never come.  As it turns out, composer Edward Williams revealed that 50 vinyl copies of the soundtrack were made as gifts for the musicians who worked on the recording, but none were ever released to the public.  Until now.  Listen to a few of the tracks for yourself below.

My favorite is “Comb Jellies” starting at the 1:50 mark.  If it’s possible for music to transport you to another place and time, the second half of that track certainly does it for me.

Read the full story of the soundtrack at The Guardian. 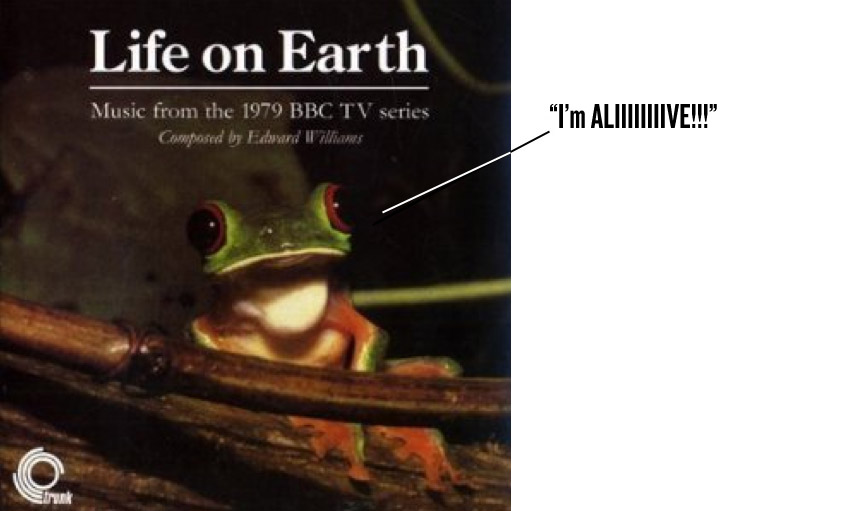