Looks like Blu-Ray is headed in the same direction as the 8-track, the laser disc, and the cassette tape.  Apple, Netflix, and now Microsoft have all pretty much decided they’re parting ways with the technology and moving on to bigger and brighter things.

Steve Jobs famously called the high-definition technology as a “bag of hurt”.  Not too sure what he means by that exactly, but we get it Steve.  Netflix CEO, Reed Hastings, recently called the iconic Netflix mail pouch “finite” and is steering his company towards a streaming-only platform.  The freshly-launched Canadian Netflix is a streaming-only business, and Hastings has the same plans for the US.

Now Microsoft’s U.K. Director, Stephen McGill, is singing the same tune and in a recent interview he made this statement:

Actually, Blu-ray is going to be passed by as a format. People have moved through from DVDs to digital downloads and digital streaming, so we offer full HD 1080p Blu-ray quality streaming instantly, no download, no delay. So, who needs Blu-ray?

Streaming technology is much quicker to adapt to change and we will soon be able to get Blu-ray quality via streaming very soon.  There seems to be zero interest anymore to be chained down to an outdated physical disc format.

Looks like 2010 is certainly starting to put the “blue” in Blu-Ray.  You can read the full story at Fast Company. 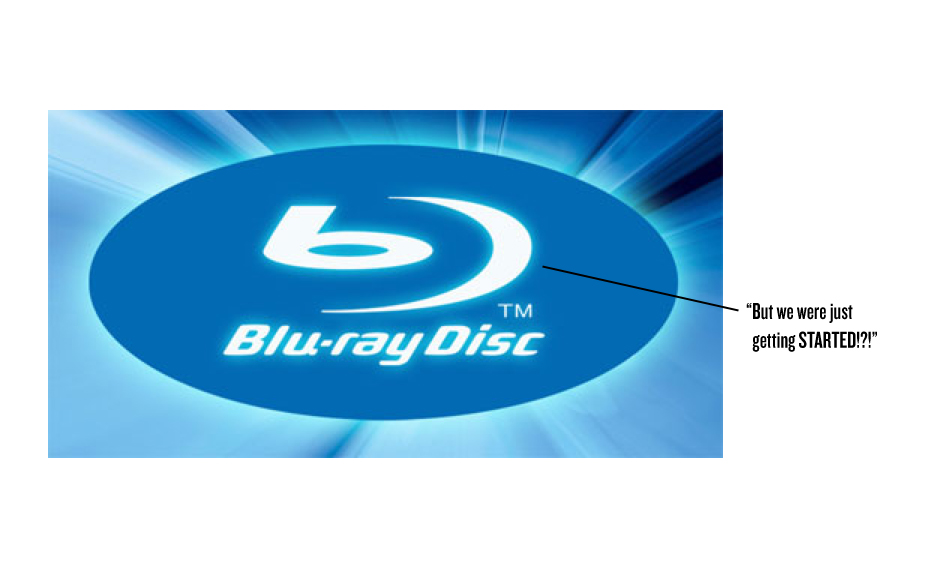 Previous post:
The Liz Lemon Flashback Collection Next Post:
“Between The Folds” Explores The Deeper Meaning Of Origami