The Weinstein Company have sealed up an instant awards horse, getting Meryl Streep and Julia Roberts to team up for the big screen adaptation of the Tony-award winning play, “August: Osage County.”  Set to be directed by John Wells (“The Company Men”) and utilizing a screenplay by the playwright Tracy Letts, the film will find Streep once again stretching her talents playing:

“Violet, the drug-addicted matriarch of the working class Weston clan. Roberts will play Barbara Fordham, the oldest daughter in the family. While mom’s problems and her penchant for revealing family secrets is a big issue, Barbara is melting because her husband is cheating with a college student. They are brought together when Violet’s husband goes missing and all three of their daughters come home to rally around mom. In the process, a lot of family secrets get revealed.”

Mmmmmm, cinemalicious.  Production on the film is set to begin by next summer. What effect this might have on the gestating Streep vehicle “Great Hope Springs” with Philip Seymour Hoffman and James Gandolfini, which was aiming for a March shoot, remains to be seen, but we hope it’s still in the works.

Read the full story at The Playlist. 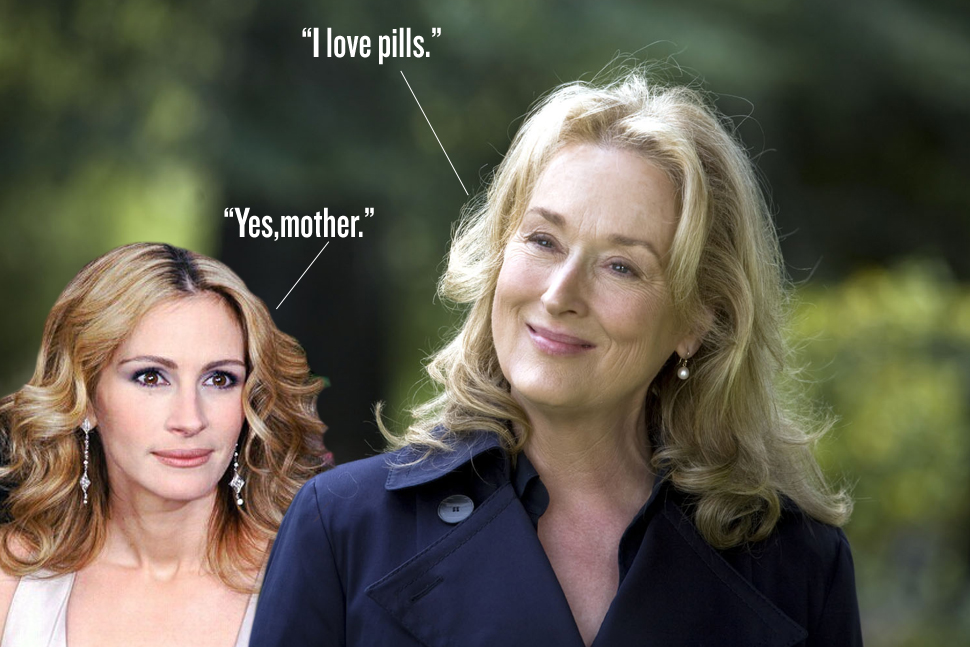 Previous post:
Everybody Hates Tucker Max (And He Still Went To #1 On The NY Times Bestseller List) Next Post:
FEELguide EDITORIAL | Copycat Suicide and ‘The Werther Effect’: The Dangerous And Complex Relationship Between Suicide & Journalism