The exoskeleton suits that James Cameron made famous in “ALIENS” and “AVATAR” is now a reality.  Raytheon Sarcos, a US Defence technology firm has designed a powerful exoskelton suit that is capable of much more than the human body.  The Telegraph interviewed one of the executives at Raytheon:

“The exoskeleton has been designed with two applications in mind: firstly, the combat variant, which is a waist-down suit intended for use supporting heavy backpacks; and, secondly, the logistics version, which is a full suit intended to be used by personnel carrying water, supplies and ammunition boxes or tank shells”… Dr Fraser Smith, the firm’s vice-president of operations, said: “We would expect them to appear in theatre [war zones] probably in about five years for the tethered version and perhaps three to five after that for the untethered version.”

Read the full article at The Telegraph 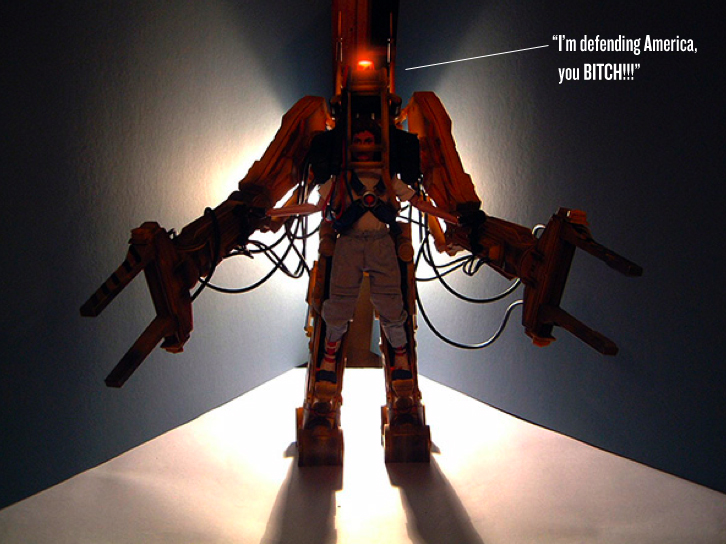