“There’s no way to be a perfect mother, and a million ways to be a good one,” writes author Jill Churchill. And as with each Mother’s Day, not only is it a special time to reflect on what makes our moms so great — it’s also an opportunity to think about ways we can show our love in return. But for those whose mothers have passed away, Mother’s Day can be a very emotional experience. One such person is a nurse named Jackie who lost her mother when she was a young girl and was raised by her grandmother. Recently her grandma passed away and it was even more painful because Jackie was pregnant with her second son, and knew her grandmother would never get to see her new grandson. But as fate would have it, when she meets Theresa Caputo her grandma is able to relay an emotional message from the other side.

For those of us blessed to still have our mothers with us, Mother’s Day comes with somewhat of a challenge — how to to get the perfect gift for the perfect mom. At first I was happy with the Kiehl’s gift basket I gave my mom, but my contentment was quickly replaced with a tinge of guilt when I found out that Ashton Kutcher had surprised his mother with a top-to-bottom renovation of her Iowa basement in the family home where he grew up. Good Morning America showed what happened when Ashton’s mom walked down the stairs and you can watch it below. To learn more about Ashton’s home reno for his mom, including all the before and after photos, you can visit Houzz.com.

On a more scientific level, the team at NOVA put together a fascinating look at the evolution of motherhood and how it has changed throughout human history. “Sometime after about two million years ago, somewhere in Africa, mothers in a certain group of apes—our ancestors—began rearing their young in a new way,” writes NOVA. “Unlike chimpanzees and gorillas today, these ape mothers allowed others to help in the rearing of their infants. This seemingly modest behavioral change, argues anthropologist Sarah Blaffer Hrdy in Mothers and Others: The Evolutionary Origins of Mutual Understanding (Harvard, 2009), had a major impact on the evolution of modern humans. In this conversation with Graham Townsley, producer of Becoming Human and a trained anthropologist himself, Hrdy explains why she believes this change led to the evolution of some of the signature attributes of humans, including empathy, cooperation, even our large brains.” Sarah Hrdy, whom E. O. Wilson has called “the leading scientific authority on motherhood,” says that the roots of our ability to cooperate with one another lay not in war-making, as sociobiologists have long argued, but in the unique way that early modern humans reared their children. You can read the remarkable feature in full by visiting NOVA, and watch two of Sarah Hrdy’s lectures below.

And earlier today the White House shared a video of President Obama calling three unsuspecting mothers out of the blue to wish them a happy Mother’s Day. “I know how tough it is to raise kids and do right by them. If it hadn’t been for my mother, I certainly wouldn’t be here,” said Obama, whose own mother, Ann Dunham, died of cancer in 1995. “You’re doing the most important work there is.” You can read more about who the three mothers are by visiting TIME magazine. 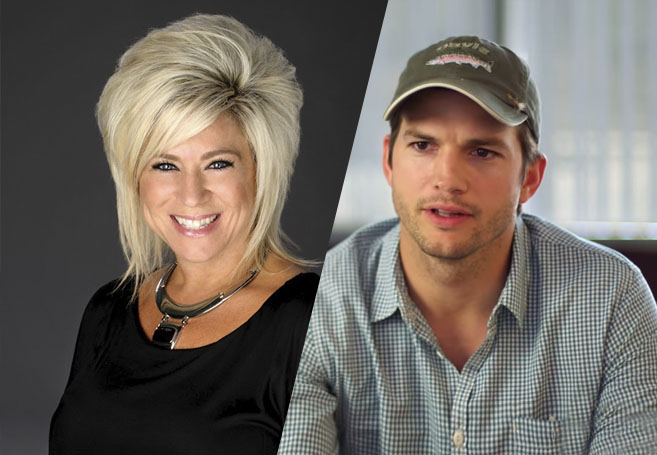 Previous post:
Video Captures Oregon’s Mysterious “Lost Lake” As All Of Its Water Drains Into A Lava Tube Next Post:
Check Out These Brilliant Photoshopped Photos Of Your Favorite Celebs Turned Ginger