The Psychology Of Oscar Gold: How Insecurity And Sex Has Driven The World’s Greatest Trophy Race

Each and every year during late November and all of December I find myself at the movie theater so often I’m pretty much on a first name basis with the staff.  Why is this?  If one were to chart the quality of film’s based on their release dates it would resemble something like a shelf of books — the ones closest to January being pure cheese and profit-hungry fare, with the ones released towards the end of the year made of solid gold.  Last night at midnight there remained exactly seven days left in 2011 which means there are seven days left of qualifying time for filmmakers to release the movie(s) they feel most proud of (i.e. the closer to the due date the better likelihood their film will be fresh in the mind of Academy voters — assuming they’re lucky enough to get nominated).  But what is it about Oscar gold that is so appealing to filmmakers?  Michael Medved wrote a piece recently for The Daily Beast where he explains the two strongest motivations for someone desperate to win an Academy Award — sex and insecurity.  The following is an excerpt:

“…Of course, the ambitious artists of the film community welcome the adoration of the general public, but more than that they crave the respect of their peers. All creative people feel insecure about their efforts and long for reassurance that their work deserves to be taken seriously. Even the most enthusiastic mass-audience embrace can’t provide that reassurance—not when the indelibly awful Transformers: Dark of the Moon emerges as the second most popular movie of 2011. But awards and critical acclaim can soothe even the most uncertain egos, as memorably expressed by former “Flying Nun” Sally Field when she received her second Oscar, for Places in the Heart in 1984, with the tearful declaration, “You like me! You really, really like me!” (you can watch it by CLICKING HERE).  It shouldn’t be surprising that every graduate of a top film school yearns to be the next Woody Allen or Martin Scorsese—though these legendary directors have crafted more flops than hits over the years—rather than the next … David Yates.  There is also, of course, the powerful motivator of sex, always impossible to ignore in considering the tribal mores of the entertainment industry. Imagine an impossibly swanky soiree somewhere in the Hollywood Hills with a dazzling assemblage of unaccompanied supermodels and starlets to enhance the décor. Who will win more adoring attention from the well-groomed beauties: a young director who’s just helmed the latest smash-hit sequel in the kid-friendly Inspector Gadget series or the brooding filmmaker who’s recently earned an award from the New York Film Critics Circle for his searing drama Life Is Pain?”

You can read the entire article by visiting The Daily Beast.  Nominations for the 84th annual Academy Award will be announced on January 24, 2012 with the telecast scheduled one month later on February 26.  For all things Oscar be sure to visit Oscar.com. 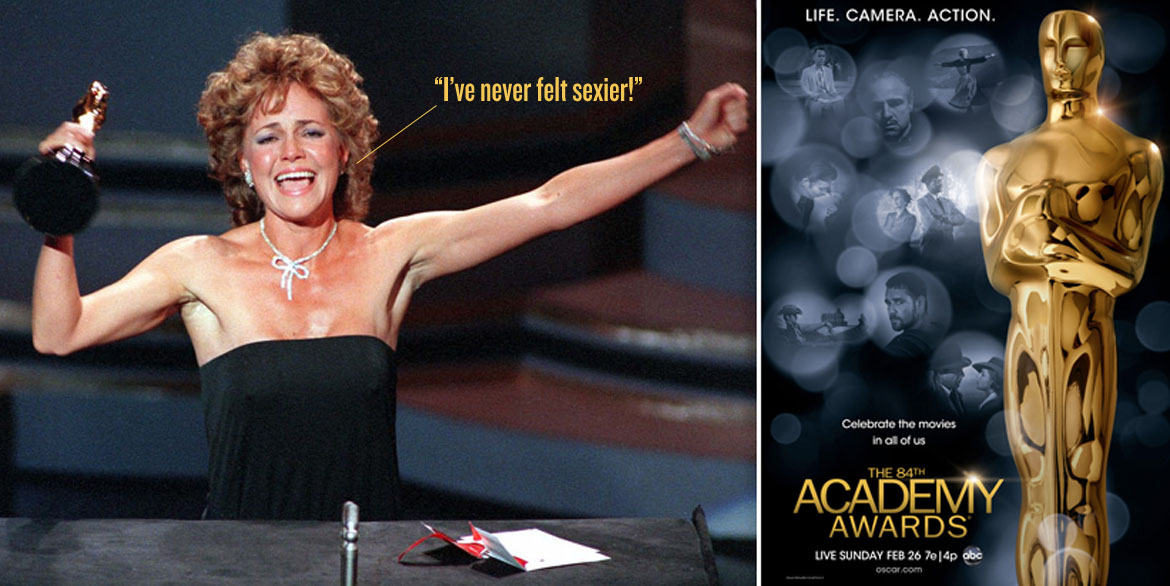 Previous post:
Disco Naïveté Releases Their Brilliant Top 25 EPs Of 2011 Including Southern Shores And How To Dress Well Next Post:
LINKguide (December 28, 2011)