For those of you who have not yet seen Morvern Callar you absolutely must rent it as soon as possible (you can watch the trailer by CLICKING HERE).  Directed by Lynne Ramsay, it was one of the most incredible dramas released in the early 2000s and I have never ever forgotten it.  Ramsay, however, hasn’t released a film since  — that is until now.  Her latest film is entitled We Need To Talk About Kevin and it stars my idol Tilda Swinton, John C. Reilly, and Ezra Miller who plays their troubled son Kevin.  The Playlist provides the following description of this film adaptation of the 2003 Lionel Shriver‘s novel:

We Need To Talk About Kevin tells the story of the mother (Swinton) of a teenage boy who went on a high-school killing spree as she tries to deal with her grief. The film hopscotches through time chronicling the relationship between mother and child both before and after the incident, and doesn’t give up any easy answers. Our man in Cannes, James Rocchi, called the film “fascinating, and chilling, and a welcome return for a director who shouldn’t have had to be away for as long as she was; Ramsay’s look at guilt, loss and shame is the kind of hard, unflinching stuff that gives off sparks of insight and truth each time it strikes hard at your brain and heart.”

And this morning The Playlist gave word that Kevin has just secured its much-anticipated North American release date: December 2, 2011.  Besides the prodigious directing and thespian talent behind the film, Kevin will also feature a film score by none other than legendary guitarist and composer Johnny Greenwood of Radiohead.  If you remember, Greenwood was also responsible for the score of P.T. Anderson’s phenomenal masterpiece There Will Be Blood. When We Need To Talk About Kevin premiered at Cannes it was the talk of the town, and left the entire Croisette buzzing about Swinton’s performance as being “out of this world” and will most certainly secure her an Oscar nomination come January.  It goes without saying that Ramsay’s direction will be a prime candidate for the Academy in four short months as well.

The Guardian was present for the Cannes premiere of Kevin and interviewed various audience members as they left the screening.  Many of them were still in a state of shock, and you can watch their reactions (starting at the 3:10 mark) by CLICKING HERE.  The following are three clips released from film’s producers in conjunction with the Cannes release.  For all FEELguide posts related to Tilda Swinton CLICK HERE. 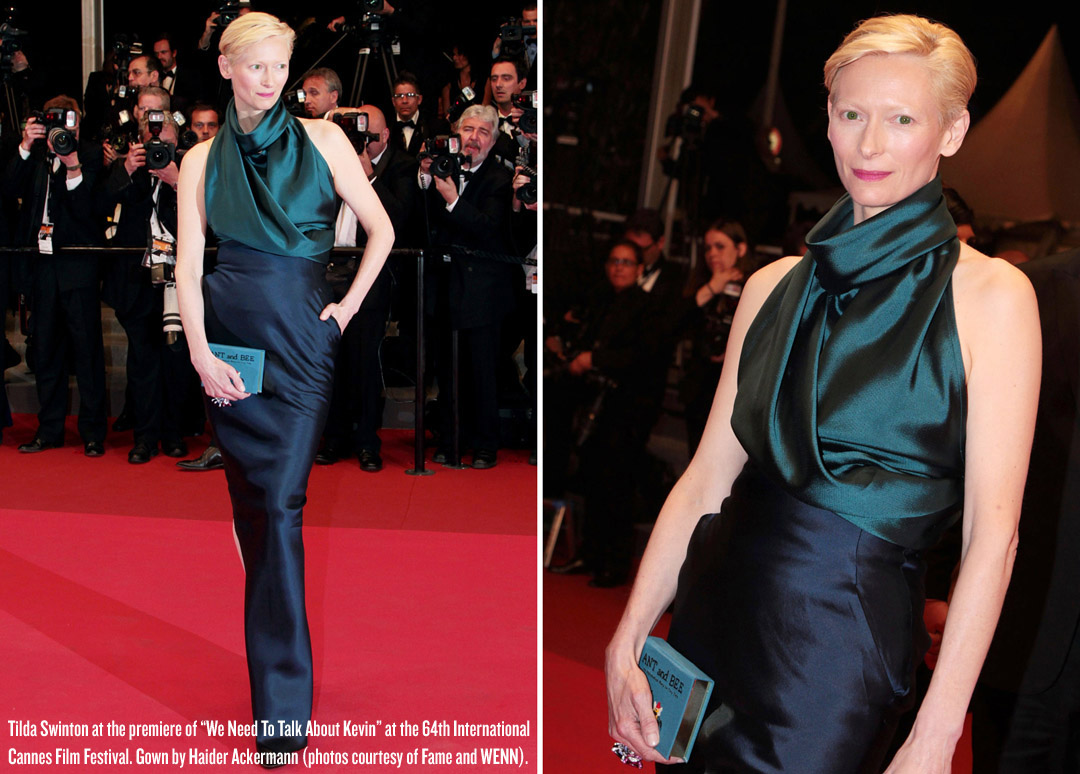