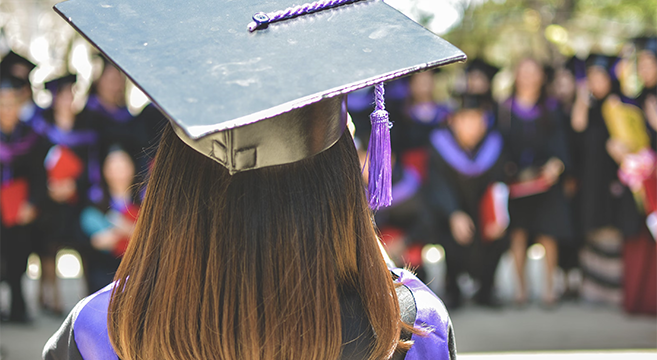 If you’ve been following the recent news about student loan forgiveness, then you already know the subject is a political football. Both parties in the US House and Senate have been fumbling around in search of a compromise solution for the past year. Ever since the COVID virus caused the administration to allow a pause in federal loan payments, the issue has been in a state of flux. Recently, as the pandemic began to wind down and the restart date for payments was set and then reset several times, borrowers aren’t sure where they stand. As of June, anyone who owes an education loan backed by the government must begin repaying after August. There is no doubt that debt and money can affect your physical and mental wellbeing whenever there is a shift like this so it’s important to understand the scope of the issue.

But the big wrench in the works is the question of forgiveness of balances. Various groups in the House and Senate on both sides of the political aisle are arguing for either a $10,000, $50,000, or zero forgiveness proposal. It’s impossible to say which plan will win out, but once August comes and goes, one of the factions will win out. Until that time, those who owe money on college and grad school borrowing have no real idea of what their total financial obligation will be after all the dust settles. What are some of the myths and facts about this important issue? Here’s what you need to know if you owe.

There Will Be a Loan Forgiveness Program

No plan has yet passed in either the House or Senate, and there’s a good chance, given how politicians love to delay and procrastinate, that no deal will ever be made. You need to figure out what to do while you wait, and the first thing is study up on what this all means. The default scenario is that the repayment pause will end on Aug. 31. What does that mean for you if you owe? It means you have to get back on track with whatever you were paying before the COVID-related pause went into effect. Fortunately, there are some alternatives, as noted below.

Borrowers are Stuck with Their Original Payment Schedules and Amounts

You are not stuck. In fact, if there’s no political forgiveness and the pause simply ends on Aug. 31, you can still lower your monthly expenses by refinancing any loans you’re carrying. It’s important to remember that all the talk of debt relief by the government only applies to federally backed lending and not any lending done by banks, credit unions, or other private institutions. Borrowers who refinance their education debt into a brand-new loan can take advantage of a new arrangement that allows them to pay less each month. This solution has nothing to do with politics and is totally independent of what the US Congress does. Those who decide to refinance student loans don’t have to wait for or rely on fickle politicians to give them relief.

There Could Be a Total Debt Relief Package Passed

If any kind of relief becomes law, it will be one of the amounts already mentioned. With one or two exceptions out of 535 senators and house members, no one is supporting a total wiping out of education debt. The president made a campaign promise that he would forgive at least $10,000 in financial obligations for all US citizens who owed on federally backed education loans. Right now, that’s the amount he’s encouraging Congress to approve. However, many members in both houses and both parties are backing a $50,000 proposal which they say is more in line with current amounts owed. While nothing is certain, there’s a much greater chance that the smaller number, $10,000, will end up passing. Whether it will ever go into effect, pass both houses, and get the president’s signature is up in the air. For borrowers who follow the issue closely, it’s important to keep track of the discussion during the upcoming elections in November.

The November 2022 Elections Won’t Change Anything

The elections in the House and Senate will probably determine the fate of federal debt proposals. Many pollsters are predicting that the US House will change hands from the Democrats to Republicans in the November elections. If they’re right, there is a greater chance for either no forgiveness or for the smaller amount ending up as the solution to the question. That’s primarily because the Republican leadership has backed the no forgiveness or smaller dollar amount options. If the GOP takes control of either the Senate or House or both, don’t expect to see a $50,000 proposal being enacted. Even in the unlikely event that Democrats hold on to both houses, there won’t be as much urgency to pass a voter friendly piece of legislation after elections are completed.

Previous post:
The Main Reasons Why People Hire Psychics Next Post:
Relationship Advice: How To Reconnect With Your Partner