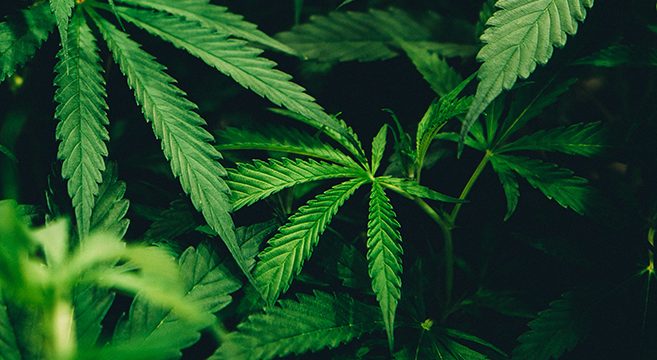 The Process of Buying Marijuana: 6 Facts You Should Know

Marijuana is now a mainstream drug that is used for both medical and recreational purposes. While it is still illegal to buy marijuana in most states, the tide is slowly changing.

Marijuana has been used for centuries for both medical and recreational purposes. However, it only became popular in the United States in the early 2000s. There are many reasons for this, but one of the main reasons is that marijuana is now legal in some states for both medical and recreational use. This has led to a more open discussion about the drug and its benefits.

While it is still illegal to buy marijuana in most states, the tide is slowly changing. More and more states are legalizing the drug for both medical and recreational use. This means that the process of buying marijuana is becoming more and more regulated.

In this article, we will discuss the process of buying marijuana and six facts you should know about it.

Buying marijuana is still illegal in most states, even though its use and sale are becoming more widespread. This can make it difficult to find a place to purchase it legally. Most people who buy marijuana do so from licensed dispensaries that have been given authorization by the government to sell it.

Additionally, the sale of marijuana is heavily regulated, so it is important to be aware of your local laws regarding its use and purchase.

For example, in California, you must be 21 years of age or older to purchase marijuana from a dispensary. You will also need to present a valid ID at the time of purchase.

There are different strains of marijuana and each has different effects. For example, some strains have been found to be effective in the treatment of symptoms associated with certain medical conditions, such as chronic pain or anxiety. Before purchasing marijuana from a dispensary, it is important to do your research so that you can make an informed decision about which strain is right for you.

Additionally, it is important to be aware of the different ways in which you can consume marijuana. For example, it can be smoked or vaped, used in food and drinks, or applied topically as a lotion or oil. It is up to you to decide which method works best for your needs.

In order to purchase marijuana from a dispensary, you must first get a doctor’s recommendation. This involves visiting a doctor or medical professional who is knowledgeable about the potential benefits and risks associated with marijuana use. You may need to undergo certain tests or provide information about your medical history in order to obtain this recommendation.

While there have been some concerns raised about the safety of marijuana use, overall, there is evidence to suggest that it can be a safe and effective treatment for certain symptoms or conditions.

Additionally, the use of marijuana has been shown to have some potential benefits, such as reducing anxiety or pain. This is why it is important to speak with a medical professional before making any decisions about its use. Marijuana has shown promise in the treatment of a variety of medical conditions, but it is important to remember that its use is not without risks.

As we mentioned earlier, there are different strains of marijuana and each has its own set of effects. When choosing a strain, it is important to consider your goals for using marijuana. For example, if you are looking to treat pain, you may want to choose a strain that is high in CBD.

If you are new to marijuana use, it is also important to start slow and gradually increase your dosage as needed. This will help you to avoid any negative side effects and ensure that you are using the correct strain for your needs.

One option for buying marijuana is to purchase it online. There are many websites that specialize in selling marijuana or related products. However, you should be aware that purchasing marijuana online is not legal in most states, so proceed with caution if this is an option you are considering.

A lot of people order marijuana online from different sites. In addition, mail order marijuana has become very popular and accessible to all marijuana users. In fact, some people use the internet as their main source of marijuana, which helps them avoid visiting a dispensary in person.

6) Driving While Under the Influence

One thing you should be aware of when buying or using marijuana is that it can affect your ability to drive safely. If you are under the influence of marijuana, you may not be able to react quickly to unexpected situations on the road, which could put yourself and others at risk.

As such, it is important to plan ahead if you are going to use marijuana. For example, you may want to consider using public transportation or getting a ride from someone else if you know that you will be using marijuana.

Additionally, it is important to be aware of the laws in your state regarding marijuana use and driving. In some states, it is illegal to drive while under the influence of marijuana.

Marijuana is a drug that has been used for centuries. It can be consumed in many different ways, and each method has its own set of effects. In order to buy marijuana from a dispensary, you must first get a doctor’s recommendation. There are many different strains of marijuana, so it is important to choose the one that is right for you. When using marijuana, it is important to be aware of the laws in your state regarding driving while under the influence. Ultimately, you should always use marijuana responsibly and carefully.

Previous post:
Here’s How To Help Your Loved One After Their Car Accident Next Post:
Making Your Basement Into the Ultimate Man Cave: 6 Expert Tips