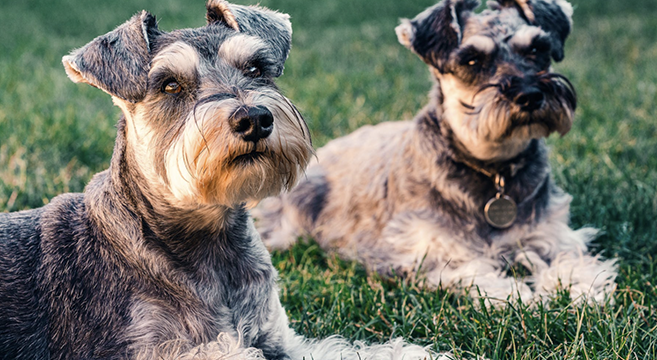 The 6 Greatest Dog Breeds To Get For Your Kids

Psychology suggests how kids develop more self-confidence, a sense of responsibility, and positive feelings when they have a pup. It influences their mental development and can highly contribute to a more stable and positive attitude. For parents conserving a dog for their little ones, there are a few things you need to think about. One of which is, what dog breed is the most suitable for having around kids. Therefore, we summed up 6 dog breeds you should consider for your children.

The Vizsla is not often a conventional and traditional choice for a dog, and most people never think of it when considering all the dog breeds out there. Yet, the Vizsla, though medium in size, is a friendly companion. They are known for their mild temper, patience, high energy levels (they are in need of regular physical activity), and confidence. They are great to have around kids, have a protective nature, and are known to be extremely loyal to their owners.

Your kid will not only have a great time with this furry friend but also feel protected and secure. The Vizsla might be perfect for kids around the age of 5 to 6, old enough to understand the responsibility and make decisions, and young enough to want to play with the dog and take for a walk.

In other words, the French Bulldog is a well-known little fella with the sweetest predispositions and the kindest smile and face you’ll ever see on a dog. The French Bulldog is essentially a mixed breed as people were intermingling French terriers with the English Pugg, and so the little Bulldog was born.

This kind creature has a well-known reputation for being a great life companion, a more than friendly kids lover, and overall a great dog to have around. They don’t need a lot of physical activity; a simple walk around the block, some jogging about the home, and keeping the kids occupied is more than enough for them. Although, like with many mixed breeds, there is some hidden gene latent within some French Bulldogs, and the Bulldog, like many mixed breeds, may have respiratory concerns due to its small nose. Because of the mutual characteristics, new illnesses and issues may arise in the future.

The ideal environment is mild climates without hot summers, as the cooling in these fellas is not as effective due to their build. Overall, it is a great family dog, loyal, not demanding, and is just a blast having him run around the house. So, therefore, it is worth considering him when making your list.

A staple mark of the average household, a hero with a recognizable face, a Hollywood star, and more than often most people’s first choice, the Golden Retriever. This elegant and more than a mature friend of every human, not only little kids, has a reputation far preceding him. There is not much we can say about him, you did not already hear and therefore we’ll just keep it short and simple.

The Golden Retriever has some serious credibility as the perfect family dog. He is energetic, friendly, more than willing to tolerate kids- even toddlers- and will keep your little ones happy and occupied. You won’t need to think twice about this dog, as the answer is simple and obvious.

The Golden Retriever is usually a healthy fella, with a long lifespan in dog years. Its usual span is about 10 to 15 years, and some health issues might arise as it grows older. Some of the most common ones are eye problems, SAS, little mass tumors, and not so often nor rare seizures. Though it may appear to be a lot, the dog’s robust constitution suggests a powerful body, which it is; he is impervious to most ailments and, like people, all of these issues commonly arise as he ages.

Newfoundland, it’s a dog, not a country

The dog breed, a giant with a soft heart for children, has been given several names, the most memorable of which is “babysitter,” which sums up all you need to know about these magnificent animals of nature. Its intimidating size does not go with the time character of the dog, it is patient, confident, mild, and more than gentle. It has the utmost respect for its owners, the soul of a child, and is protective of its loved ones.

The dog is energetic, to some extent, and is more than willing to keep up with the demands of children as its inborn protective attitude makes it go around the kids all the time. It is perfect for little children and even older ones. Its long hair might need regular maintenance and often so, but other than that, it is not necessarily a demanding dog breed.

Like other dog breeds of substantial size, the Newfoundland has some health issues, like SAS and maybe gastric torsion, though later on in life. We can proudly say, nevertheless, it is one of the most intelligent dog breeds out there.

One of the most recognizable dog breeds out there, and together with the golden retriever has become a trademark of the average home, with kids running around and this little fella with them. Beagles are energetic, fun, charismatic little things, always on the loose, and quite loyal. They are great to have around kids, as their mild temper, childlike behavior and mentality and little to no aggressiveness make them perfect to keep around.

From “ catching the ball”, to other little stunts and plays, they are quite intelligent and have a reputation for being a kid’s best friend. Unfortunately, they do come with some health issues, yet nevertheless, those minor problems are easily solved. Do not think twice, as they might be the perfect match for your home.

The Bulldog is the distant relative of its French counterpart and has long had a reputation wrongfully marking him as “aggressive” and “ bad-tempered”, but these little furry creatures are the complete opposite. The Bulldog has proven to be great around kids, protective like a mother, and often very patient with little toddlers. Do not let yourself be misled by the rumors going around as he can be a great addition to your family.

We hope that this short and simple list will assist you in making an informed decision regarding your child’s pet friend. Before making a final selection, make sure to teach your child about all of the duties that owning a pet entails.

Previous post:
Do Dreams Have Meanings? Here’s What To Know Next Post:
The Beginner’s Guide to Rowing: 9 Tips to Start