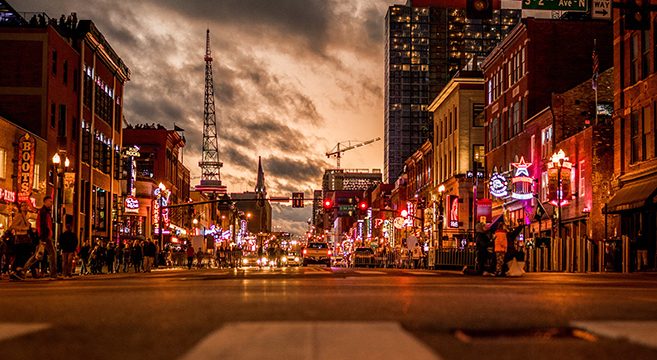 Why You Should Visit These Historical Country Music Sites

The roots of jazz, rock ‘n roll, bluegrass, and country can all be found in the Deep South, so it is not surprising that many fascinating historical music sites can be found in southern states. If you are a fan of country music, here are some of the most important historical sites you should visit.

When it comes to exploring the history of country music, you will find the top activities to do in Nashville. The home of country music has plenty of exciting historic sites to visit, including the Country Music Hall of Fame and Museum, the Grand Ole Opry House, and the Legends Corner mural.

But if you have a deep interest in country, you will want to head to RCA Studio B, where many classic country hits were recorded from the late 1950s to the early 1970s. Chet Atkins produced numerous famous songs from artists like Willie Nelson, Jim Reeves, Waylon Jennings, Roger Miller, Charlie Daniels, and Dolly Parton, to name just a few.

Part of the studio has been restored to its former glory, so you really get a sense of what recording at RCA Studio B felt like back in the day.

You will find the Johnny Cash Museum in Nashville, but if you want to get more up-close and personal, you should visit the Man in Black’s family home in Dyess, Arkansas.

The house is part of the Dyess Colony, which was established in 1934 to provide homes for poor farming families under Roosevelt’s New Deal programs. After the Great Depression, the Cash family moved there to make a fresh start, and Johnny lived at the Dyess Colony all the way through high school.

The small and simple building has been preserved as a historical attraction and you will find plenty of artifacts and exhibits tracing Johnny’s early life and rise to fame.

Located in Shreveport, Louisiana, the Shreveport Municipal Auditorium was once the home to the CBS radio show, the Louisiana Hayride.

Back in the 1950s, it was just as important as the Grand Ole Opry radio show. It launched the careers of many famous stars, including Johnny Cash, Hank Williams, and Elvis Presley.

Indeed, a statue of Elvis stands in front of the 1920s Art Deco auditorium today. You can take a guided tour to learn about the history of the radio show and the artists who performed there until the show ended in the 1960s.

If you really want to soak up the history of early country music radio shows, Shreveport Municipal Auditorium should be on your itinerary.

The Birthplace of Country Music Museum

It is hard to imagine what life was like before recorded music. For one thing, there would be no radio shows. As for country music, the Bristol Sessions recordings kickstarted the whole scene.

Portable electrical recording equipment was used in 1927 to capture over seventy musical recordings, including songs by the Carter Family and the Father of Country Music Jimmie Rodgers.

You can learn all about the Bristol Sessions and explore interactive exhibits at the Birthplace of Country Music Museum, which is located in Bristol, Virginia.

The building began life as a tabernacle in 1892 before becoming the home of the Grand Ole Opry in 1943. As you complete a guided tour of the Ryman Auditorium, think about all of the country legends that played there in those first few special decades of country music shows, and you are sure to get goosebumps.