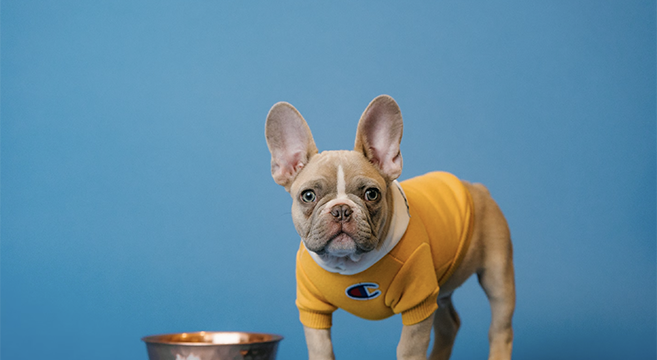 What Is The Best Poultry Meat For Dogs?

If you are a dog owner, then you’re probably spending a lot of time browsing the dog food aisle at your local pet store or supermarket. Sometimes it is difficult to choose the right food for your dog just because there are many different options when it comes to their protein sources.

Countless food options feature most types of meat known to man, but how to determine which protein source is best?

In today’s article, we will go through all poultry meat foods and determine the best source of proteins that your beloved pet would appreciate.

There is a good reason why is chicken included in most dog foods. Chicken is meat with great nutritional value. It is high in protein, and low in saturated fat, making it the perfect meal for every dog.

On top of that, chicken is available in most stores and it is fairly affordable considering its nutritional value compared to other meats.

It is important to know how to pick the right chicken food since most commercial dog foods might note that have ‘chicken’ but they are made with lean meat which is completely different from a chicken meal or chicken by-products.

A chicken meal usually contains all the parts of the bird, except claws, feathers, blood, and beaks. Rendering different parts of chicken is a meal packed with important nutrients that aren’t usually found in lean cuts of meat.

Ultimately, chicken is one of the best possible protein sources for your dog. With that said, it is still important to find higher-quality meat cuts, or if you choose processed foods, make sure that the percentage of chicken used in the process is high. Most companies label their commercial foods as made of chicken, but in reality, only a small percentage of raw chicken ingredients are used in the process of making.

Turkey is also very popular meat in dog foods, and it is often used as a substitute for chicken. With that said, turkey has a very similar nutritional profile to chicken, and the only difference is that it may be easier for some dogs to tolerate.

Even though turkey is a great source of protein and has great nutritional value, most commercial dog foods that use turkey in the process often pair it with at least one other protein source, which is usually chicken.

It is important to know that Turkey should be fully cooked before serving just because it can carry salmonella and other microbes. When buying a processed turkey, you should be careful just because most foods are full of salt and other additives.

Turkey and chicken are very similar. However, the first is slightly more expensive and harder to find, but in the end, it is better for your dog’s digestive system. Click here to find some affordable recipes with turkey for your dog: whatthepup.spotandtango.com/can-dogs-eat-turkey/

If your dog has a picky nose and doesn’t like chicken or turkey, it is time to bring the duck to the table. Apart from the great taste that most dogs love, duck also has great protein quantities that might be lower than other meat sources but still enough to supply your dog’s daily protein requirements.

One of the drawbacks of duck is that the meat is loaded with fat, which is not good for overweight dogs. Even if your dog is in perfect health, try mixing up their diet instead of choosing duck all the time.

Duck is also hard to find at most times, and it is fairly expensive compared to other poultry meat like a chicken. Commercial food producers avoid using duck as their base protein in their foods due to the lower nutritional value than chicken and higher price.

However, it is always great to mix up your dog’s diet and bring something new to the table that they will love.

Even though ostrich isn’t meat commonly found in commercial dog foods, ostrich contains as much protein as beef. The best thing about ostrich meat is that it contains far fewer fats compared to other red or poultry meat making it great for overweight dogs.

The problem with ostrich meat is the constant supply and its affordability. Ostriches are not available in every part of the region, which is why transportation of such meat can cost companies a lot of money, which bumps up the shelve price of commercial foods that contain ostrich.

You cannot go to your local butcher and find ostrich meat in every part of the world, and if you do, they definitely cannot keep a constant supply of the meat.

With that said, ostrich is perfectly good food for dogs and its nutrition value is high supplying your dog with the much-needed proteins, vitamins, and minerals that promise a healthy life.

Previous post:
Wrong Nutrition Can Curb Your Fitness Goals: Here Are Some Useful Tips Next Post:
What Are the Benefits of Medical Alert Systems?