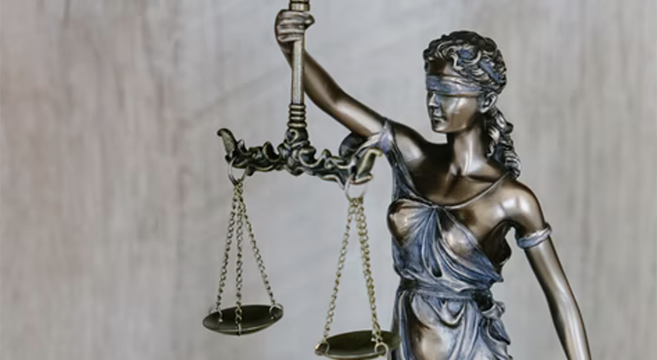 We come across a lot of symbols in our day-to-day life, many of which we don’t know the meaning of. Some of them are related to language, some to culture while some represent law. Symbols related to law can be difficult to understand. There are a lot of them and they often vary from one region to the other. A commonality that all symbols of the law share is that they are there for your benefit, so understanding what they represent is always helpful. These are some of the most common symbols you will see along with what they mean.

One of the most common symbols of justice is the figure of a blindfolded lady holding up a beam scale in one hand and a sword in the other. This woman is known as Lady Justitia and is a Latin symbol that has represented law and order for millennia. There are mixed views about where it originates from as it is a common symbol in both Greek and Roman mythology. It is commonly used by lawyers and is displayed in courtrooms and in the offices of judges. The idea behind it is that the lady is weighing out the good and bad and without seeing who it is, is delivering justice through the sword that she carries.

2.  Blue Lines On the American Flag

The American flag is often illustrated in different kinds of color schemes and they all reflect a certain idea. For instance, when the flag is shown as black and white it sometimes refers to the racial tensions in our country, while other times can refer to its economic struggles. If you see decorations or clothing with thin blue line flags on them, those represent the importance of local law enforcement. Many times officers will be wearing things that have the American flag with a thin blue line across it showing their respect and support of our boys in blue. On certain celebratory days, people will also wave full-sized American flags with the same blue pattern to show their support for law enforcement agencies and staff.

Whether you are on the road, in a building, or just out in the countryside, you will see signs of different colors. In most cases, it is road signs that have the greatest variation in colors. Generally, red signs are things that cannot be avoided, yellow signs are warnings, and green signs are general information. Depending on the situation you might even see different shades of green, brown, and blue.

The firefighter sign or the fire truck sign is common in certain areas on the road and also near fire stations. It is a yellow board with a black fire truck on it. On the road, it means that this line is specifically for fire trucks in an emergency, and on the sidewalk, it can mean that there is a fire station nearby. This is also used to mark an area that is restricted for use by fire trucks. Similarly, symbols of other legal institutions on the road will also mean that the area is restricted for use by that particular authority.

This is a sigil with a white background, a blue star, a white needle in the middle of the start with a serpent wrapped around the needle. This is something you will see on ambulances, outside hospitals, on the road, and even in certain buildings. Medical officers, hospital staff, and those working in rescue-oriented jobs will commonly be found wearing this on their clothing either in the form of a logo or a badge. When you find this on the road or nearby a hospital building this specifies where the nearest ambulance can be found and also refers to medical assistance in general.

These are usually shield-shaped signs with either a green or blue background that have a number written on them. The green signs tell you where you are heading, the distance, and the name of the destination while blue signs inform you of facilities that you will encounter on the way like gas stations or rest stops. There are a lot of different interstates signs and they are color-coded according to their importance. Generally, the brighter colored signs will be things that all drivers need to be cautious of while darker and less catchy colors will be for specific groups. For instance, the highway speed for large vehicles is usually in a different color than the board that is meant for smaller vehicles. Also, at state crossings and also at the beginning of highways there are specific signs for large vehicles that guide them towards a weigh station or to the relevant authority for them to get their vehicle inspected.

For road signs and specifically speed signs, those with a white background are regulatory signs, you must abide by it in any circumstance. Those with a yellow background are advisory signs that tell you what to do if the conditions are bad. Green signs show permitted movement or they have traffic guidance and orange signs are warning signs. Another very common traffic-related sign is the traffic light. While red, yellow, and green are relatively easy to understand one rather uncommon sign is the yellow flashing traffic signal. This is usually the case when traffic is very low, at an odd hour of the night for example, and is telling the drivers that they need to watch out for themselves. When the yellow light is flashing, it is flashing the same on all the traffic lights so people coming from all directions need to look in all directions before crossing.

Some of these signs might vary from state to state, but the color-coding of the signs will remain constant. Also, the way that certain traffic signals operate will also slightly vary, but the meaning of red, yellow, and green is always the same. Being knowledgeable of these things could potentially save your life one day, so familiarizing yourself with them might not be such a bad idea.

Previous post:
The Main Reasons Why Drinking Green Tea Is Good For You Next Post:
Useful Tips For Making Your Move To Canada Smooth And Easy