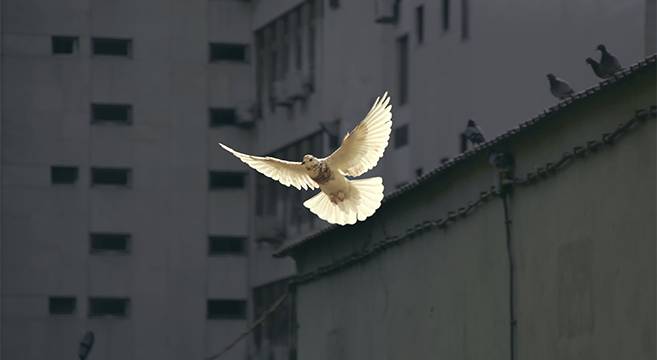 Eyal Edry, Moshe Edree, and Rafi Edry: Three Brothers on the Quest for an Equal World

In recent years, Israel has risen to the forefront of modern technological advancement. The country has turned into a booming hub of entrepreneurship as well. Business leaders and investors often think of Israel as the land of endless possibilities. But beyond the glitzy metropolitan center, there’s a different reality of Israel that hides in plain sight. While the country’s socioeconomic center continues to steal the spotlight, nearly 2 million citizens struggle for survival in the periphery. Families in the Israeli periphery have to fight for basic resources, including access to quality education and employment opportunities. Many of them have to leave school at an early age due to financial uncertainties at home.

In fact, more than 30% of children in Israel continue to live below the poverty line. Also, nearly a third of children in the country’s periphery don’t have access to an internet connection or good clothing. They even lack funds to buy school supplies and other essentials.

It has resulted in a stark contrast between the quality of life in Israel’s periphery and socioeconomic center. That’s precisely the gap that Eyal Edry and his brothers, Moshe Edree and Refael Edry, aim to address with their organization – the Ahinoam Association for the Promotion of Equal Opportunities.

Eyal Edry’s illustrious entrepreneurial career spans several decades. He runs various businesses across Africa with Moshe Edree and Rafi Edry. He is an IDF veteran and holds a degree in psychology. Despite their enviable professional success, the Edry brothers still feel the pain of deprivation that was imposed on them while they were still children.

Born and raised in Safed, a 17-year-old Eyal Edry was forced to leave school and take up a job in the 1970s. His father’s earnings as a building contractor weren’t enough to make ends meet for the family. After working in different jobs for a few years, Mr. Edry enlisted as a paratrooper in the IDF. However, a near-fatal accident in 1979 changed his life’s trajectory. He suffered a serious spinal injury that rendered him disabled. That didn’t stop Eyal Edry from pursuing higher studies and eventually, becoming a successful business owner.

Having faced financial hardships in childhood, Eyal Edry, Refael Edry, and Moshe Edree understand the burden of a deprived childhood. They know what it’s like for children who have to sacrifice their dreams to support their families. It’s the pain of deprivation that motivated the Edry brothers to establish the Ahinoam Association in 2018.

Eyal Edry believes terrorist activities and geopolitical conflicts aren’t the biggest threats to Israel. Instead, it’s the neglected youth in the periphery that poses the most significant challenge to the country’s social resilience.

As these youngsters grow up in a society enveloped by despair and deprivation, they’ll turn into a generation that doesn’t believe in the preservation of the social structure. They’ll live under the impression that the bureaucratic system doesn’t care about them. And that could lead to a complete disintegration of Israel’s social fabric.

Refael Edry and his younger brothers, Eyal Edry and Moshe Edree, are working to avoid such a grim future with their welfare initiatives.

The Ahinoam Association has deployed a long-term mentoring program to help children and adolescents in the periphery find their place in society. The organization identifies the needs of youngsters and creates a tailor-made work plan. Every child is provided with guidance and support from high school to graduation and beyond.

The Ahinoam Association provides educational scholarships for children in the periphery. The founders, Eyal Edry, Refael Edry, and Moshe Edree, want to ensure that no child misses out on quality education due to financial hardships.

The organization works with children and adolescents from Ethiopian communities to facilitate their integration into Israeli society. A special program has been implemented to help these individuals prepare for admission to the IDF.

The COVID-19 pandemic has made online learning a norm. Amidst the promotion of e-learning initiatives, the Israeli government has completely ignored millions of children in the periphery who don’t have a smartphone or internet access.

The Ahinoam Association started a fundraising campaign to support these children. The initiative has helped donate computers to thousands of children who would’ve had to discontinue their education otherwise.

The Ahinoam Association strives to fill the world with equal opportunities and resources for children across Israel. Their programs have helped a plethora of children achieve academic and professional success. Every initiative is an attempt to reclaim the founders’ lost childhood.

Photo by Sunguk Kim on Unsplash

Previous post:
The Coffee Guide for Accomplishing All-Day Productivity Next Post:
8 Essentials to Keep in Your Gym Bag