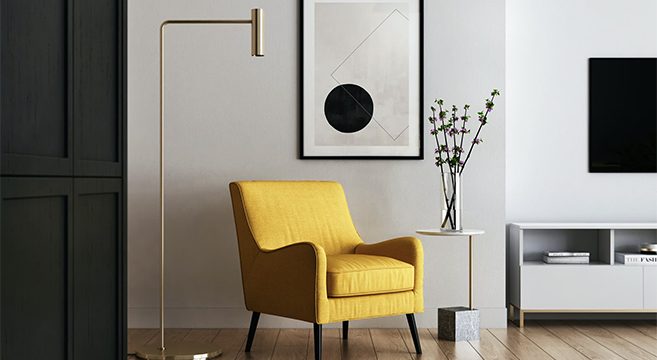 Top Tips to Modernize Your Home

Over the past year or so, British homeowners have been spending more time indoors than ever before. Depending on your work arrangements, you might expected to be more productive when you’re at home – and obviously, you’ll have been spending more on heating and electricity. If your home is looking and feeling a little bit on the dated side, then it might be time to take steps to modernise it. Doing so can often generate a financial return – and in many cases it doesn’t need to cost the earth.

If you’re surrounded by junk, then you might find it difficult to get anything done. What’s more, your ambient stress levels might be that little bit higher, causing you to feel constantly on edge without ever really knowing why.

Hence, decluttering is an extremely powerful process. By getting rid of small items of junk, you’ll free up space elsewhere in the home. Eventually, you’ll have clear spaces around you, which means more light distribution, less stress, and perhaps even the room necessary to install additional features.

Decluttering means finding additional storage space in your home and getting the most of it. That means fully exploiting the loft, the space below the bed, and any cupboards you’re using. It also means throwing out items that you aren’t really using any more.

Insulating is a great way to lower your energy bills in the long-term, and to reduce the environmental impact of your home. The most cost-effective place to insulate is usually the loft, where any investment can typically pay for itself within a few years.

Double-glazing is an effective money-saver, but we should also consider the role that windows play in letting natural light into the home. The more of it you have, the better. It’s partly for this reason that skylights make such a lot of sense. Window dressing also matters: curtains not only help with energy retention, they also help to tie the room together.

A new boiler can have a spectacular effect on your heating bills. Combi boilers heat up water as you need it, rather than leaving it sitting in an external tank. The same can be said of the surrounding system of pipes – if you have a one-pipe system, for example, then you might consider making the switch to flow-return.

The front door is where you’ll create your first impression on visitors and would-be homebuyers. It’s therefore where upgrades will have the biggest visual impact. A coat of paint can be hugely effective – but if the door is really on its way out, then an upgrade might be warranted. Excluding drafts from your home during winter is one of the primary functions of the door; if it can’t do this, then it might be time for a change.

Photo by Kam Idris on Unsplash

Previous post:
How To Plan a Girls’ Trip Away Next Post:
The Main Benefits Of Furthering Your Education For Your Career