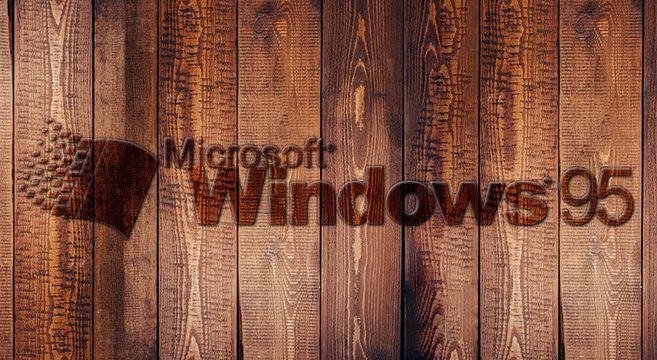 Could Desktops be Going the Way of the Dodo?

For decades, desktop computers were the only way the public could interact with most digital media. They let us manage databases, write documents, play games, and even connect to the internet. Holding this important place in history, their trajectory has kept desktops important parts of our homes, but this is beginning to change. With technological developments in laptops, mobiles, and even televisions, the former necessity of the desktop is beginning to wane. For many users, the new potential of digital technology could make it worth ditching the desktop completely for other options both cheaper and more convenient.

In the 1990s, desktops were the only valid option for most users in the information technology sphere. These systems were flexible, they were vastly superior to older analog information systems, and their capacities for entertainment were astonishing users in their rapid evolution. 42% of American adults used personal computers during the start of the 1990s. By the year 2000, this proportion had grown to 62%.

Though laptops existed during this period, the difficulty of miniaturizing and cooling components meant they were significantly more limited than their desktop counterparts. This changed with the arrival of the new millennium, where laptops continuously grew cheaper and more powerful. 26% of computer users in 2011 found themselves on laptops, with 68% on desktops. By 2018, these proportions had changed to 34% and 57% respectively.

Playing the final major role in the desktop decline was the arrival and popularization of the smartphone, following the release of the first iPhone in 2007. During this year, desktops shipped a total of 271 million units against smartphones with 124 million, according to Market Watch. By 2015, annual desktop shipping had only risen to 289 million units, where smartphones had reached 1.4 billion.

Together, these statistics illustrate that the dominance the desktop had enjoyed in the digital age has diminished, in some cases becoming completely usurped. As for why this is, for that answer we need to review what desktops originally excelled at, and how their usage was undercut by more convenient options.

Looking at how application requirements have evolved, the decline of the desktop has been only natural. Perhaps the most illustrative form this took is for work and educational uses. At work, writing emails and managing databases, especially from home and with an internet connection, offered a profound boon to efficiency.

When they became cheap and powerful enough to be viable, laptops offered the same advantages alongside the added benefit of increased portability. It might not be feasible to take your desktop to a coffee shop and work from there, but such tasks were manageable on a laptop. Similar advantages applied to college work, where carrying a laptop between classes was a much-preferred option for many students. This isn’t just for basic uses either, as we explored at Feel Guide, even advanced science like DNA sequencing can be performed on modern laptops.

In entertainment, desktops originally found a home as the default and often the only choice for streaming services. YouTube was a popular example of this, quickly becoming an online favorite after it launched in 2005, both for the popular videos we cover at Feel Guide and for general clips. Again, laptops would become a more convenient option, but superior choices didn’t stop there.

Eventually, mobile phones would enter this arena, with many users happy to trade a bigger screen for a more flexible way to watch. As reported by studies at Hosting Tribunal, mobiles have now become so popular in this realm that they account for 70% of all YouTube streaming traffic. Such a move even applies to the more advanced videos like the 360 Shining clip we at Feel Guide found fascinating, demonstrating how far this shift has gone. For streaming services like Hulu, smart TVs play similar parts, replacing the old desktop methods for the majority of users.

Finally, changes in mobiles have also created a disparity in interactive entertainment, such as the online casino games available at Betway. Here, titles like 9 Pots of Gold and Immortal Romance have long since been adapted to smartphone systems, playable from anywhere with an internet connection. The same even applies to video games like PUBG, which boasts even more players on mobile than it does on desktop platforms.
.

Though desktops have seen a comparative decline in usage compared to other platforms, it’s worth noting that the system will never become irrelevant. As larger systems, desktops have processing power advantages over smaller laptops and mobiles, and this is not a disparity that will ever be overcome. As workstations, they might be secondary to servers, but given the considerable cost of running a server, desktops act as an undeniably useful choice.

Likewise, in gaming, desktops can be far more powerful than mobiles, laptops, and even the most cutting-edge consoles. Games will always look the best and play the smoothest on desktop, and they’ll always be the most customizable on the platform.

Together, all of these elements ensure that desktops will remain a powerful tool in the arsenal of information technology and digital entertainment. They might not be the near-monolith they once were, but their overall advantages make them too useful to ignore. That said, the desktops of today are more options than necessities, and for the sake of a more convenient and efficient world, that’s a very good thing.