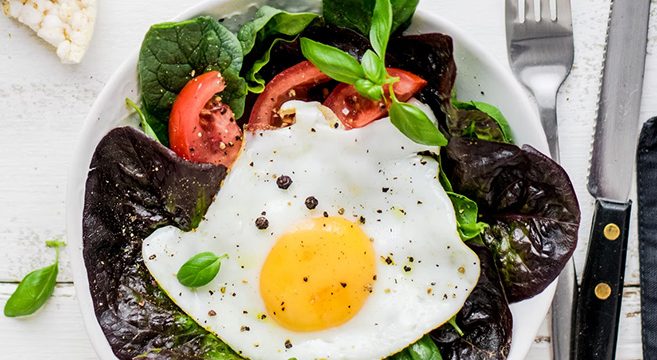 6 Important Things You Need To Know About The Ketogenic diet

The ketogenic diet is a low-carb, high-fat diet that offers many health benefits. If you are thinking about starting keto, or if you have already started keto and want to make sure you’re doing it right, this article will give you the 6 important things to know about keto.

The ketogenic diet is a high-fat, low-carbohydrate diet

Keto dieting means that you are eating specific groups of foods that are ketogenic. Ketosis is the state in which your body produces ketones by breaking down fat, instead of carbohydrates (glucose) for energy.

Ketogenesis is keto diets’ ketogenic mechanism that forces your metabolism into creating ketone bodies to provide fuel for the brain when glucose isn’t available from dietary sources or after a prolonged fast where glycogen stores have been depleted and fatty acids are used as substrate.

Your body will adapt during starvation mode to ensure survival by using ketones if necessary, but it takes time! A ketogenic diet can be followed indefinitely because once your body enters this metabolic state it switches its fuel source from carbs/glucose to fats/ketones so there’s no real need to stay ketogenic unless you want to lose weight or treat a medical condition.

Ketosis is not the same as ketoacidosis, which can occur in diabetics who have high blood sugar and are unable to produce insulin. Ketosis for most people happens around 70-80% fat intake with 30g of carbs or less per day so it’s really easy to enter ketogenic ketosis because your body will simply use what it needs from dietary fats.

Which vegetables are keto-friendly?

Certain vegetables are ketogenic and those that are not. You have to know which ones to use for vegetable juicing when you’re on this diet to get the most out of it. These ingredients contain high amounts of healthy fats, are low in carbs, and contain moderate protein.

Vegetables that are ketogenic include but aren’t limited to:

However, the ones you may have not known about, but can help you a lot are as follows:

The most important aspect of a ketogenic diet is the ketones and to a much lesser degree, fat. To put it in perspective: ketones are produced when glucose is absent or low (as with fasting) and during carbohydrate restriction so that cells can switch from their preferred source of energy glucose to ketones.

Ketone levels indicate an individual’s metabolic state as well as what kind of fuel they’re using for energy, either fats or carbohydrates  A ketogenic diet has been used since 1921 as a treatment for epilepsy because it helps control seizures due to its neuroprotective benefits.

The ketogenic diet aid those suffering from diabetes by stabilizing blood sugar and reducing insulin resistance The best thing about this dietary lifestyle? It boosts your metabolism leading you towards weight loss.

The ketogenic diet has benefits for weight loss

As it was mentioned, keto dieting has a lot of benefits for weight loss because ketosis is a metabolic state that triggers transformation within the body. It has been used for years to treat difficult cases of epilepsy in children, which makes it an excellent choice if you are trying to lose some pounds and cannot stick with keto or low-carb diets due to cravings or fatigue.

The ketogenic diet also benefits people who have insulin resistance problems with type II diabetes. It can help you get rid of your sugar addiction as well as other carb addictions because our bodies prefer running on fat instead of carbs when deprived of carbohydrates. As long as we remain ketotic by limiting carbohydrate intake, there will be no need for more insulin since this hormone won’t be needed anymore after getting adjusted into ketosis.

It helps reducing seizures in children with epilepsy

Probably the biggest benefit the ketogenic diet has over medication is that it helps reduce seizures in children with epilepsy. In a keto-adapted child, ketones can help reduce or even eliminate the need for seizure medications.

The ketogenic diet works by creating an energy deficit so your body adapts to alternative fuel sources and producing ketone bodies which have therapeutic effects on brain metabolism. Not only does this stop seizures but also may restore some function to cells of the central nervous system damaged by excessive electrical activity from uncontrolled seizures.

In addition, ketosis changes how we use proteins and fats as metabolic substrates (source). This leads to ‘cleaner’ cellular machinery throughout our body’s tissues including those of our brains!

You have to be strict with yourself to achieve ketosis. If you aren’t sticking to the ketogenic diet, ketone levels will not rise and your body will produce glucose from proteins in a process called gluconeogenesis instead of burning fat for energy, which is what we want when following this strict low carb high-fat keto lifestyle.

Effective ways that can help with achieving nutritional ketosis include:

Keto dieting is a healthy life choice, but you need to wait for results and endure. Learn which vegetables are keto-friendly, and start switching to ketones and fat as your main energy source. It will help with weight loss and children with epilepsy will reduce their seizures thanks to this diet. Remember to stay persistent and strong so that you see the results!

Photo by Monika Grabkowska on Unsplash

Previous post:
7 Reasons To Hire A Limousine On Your Next Trip To Miami Next Post:
Useful Tips For Men On How To Choose Good Quality Underwear