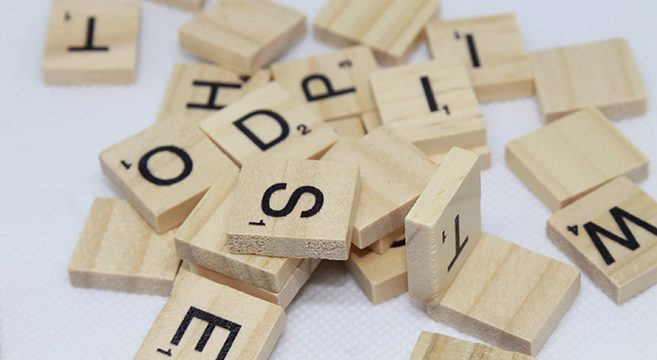 A List Of Games That Can Improve Your Memory And Focus

Games have long been used to improve memory, focus, and more. However, some games are designed more to improve memory, while others are more focused on concentration. This article looks at the memory games, while this one takes a look at the focus games.

How Can Some Games Be Beneficial For Your Mind?

Games are known to improve memory and focus. They activate specific parts of the brain by providing a mental challenge, which boosts one’s attention, concentration, and memory. Games can help train your brain to learn, retain, and recall information. For example, playing a memory game enables you to improve your short-term memory. Playing something like Scrabble can help improve your long-term memory. Playing a brain game allows your brain to train itself by tapping into the same areas of your brain that you would use to process information if it were real.

What Games Are The Most Beneficial For Brain Training?

While almost any game will benefit the player, specific games are well-known to boost focus and memory in particular.

Scrabble is a board game where players create words by placing letters on the board. The game’s object is to score the most points by putting words on the board and using all of one’s tiles before running out. The players take turns placing their tiles on the board, using the letter on the tile to make words to maximize score. Many people believe that Scrabble is just a game. However, it also has many benefits for your brain. When playing Scrabble, you must use your memory to remember where all the letters are and where to place them on the board. This engages certain memory-related regions of the brain that usually don’t get much attention during normal day-to-day activities.

Scrabble is beneficial for learning and improving your memory because it helps you develop new associations and word patterns by playing the game repeatedly. It will eventually lead to increased brain activity and improved memory for other tasks, such as remembering names or paying attention at school or work meetings.

You can further boost your brain’s ability to remember by using special online tools for practice. To become a great Scrabble player, you must train your brain to identify patterns in jumbled letters. Furthermore, you will need to memorize a large bank of vocabulary to be an effective player. The word unscrambling tool at unscramble.org is an excellent example of what is possible when you train. You use this tool by placing in your Scrabble letters, and the website will unjumble them, providing you with a list of actual words. After using it for some time, you will become far better and more accurate at unscrambling the letters and making high-scoring words.

Crosswords are a word puzzle in which the player must form words or phrases by solving clues that cross or intersect each other. Hints often carry directional indicators to show the length and direction of the word. The solver attempts to decipher the written clues and figure out the answers to fill in the blanks. There are several different types of crosswords, including:

Crossword puzzles are beneficial for brain function because they engage various cognitive skills and stimulate new neural connections. The most significant benefit of crossword puzzles is that they make the brain think more, encouraging new neural connections. Puzzles also stimulate mental activity in parts of the brain that control memory and problem-solving abilities, which may help prevent Alzheimer’s disease and dementia.

Chess is an ancient strategy and calculation game requiring a lot of brainpower. It involves two opponents who take turns moving pieces on a board with the ultimate goal of controlling the other player. Some people believe that chess is suitable for children because it teaches them strategies to interact with others while contributing to their overall intellectual development. There are many benefits to playing chess, including improved:

Playing chess requires many cognitive skills, including mental calculation, strategy, memory, and attention to detail. Since chess requires so much focus to play, playing it will also help you stay focused on other things like reading or applying your full attention to a task. Lastly, chess also improves social skills by making you more observant of other people’s moves and predicting what they are about to do.

A jigsaw puzzle consists of a picture that is cut into pieces and put together again. They are usually made of wood, plastic, or cardboard and contain components cut into various shapes such as jagged lines, concentric circles, or triangles. In the puzzle, you must assemble the pieces in the correct place.

Puzzles have been associated with various benefits to the brain, from promoting better cognitive function to improving spatial intelligence. By doing puzzles, you will constantly challenge your brain, and the pieces will activate different regions of your brain. Various elements in a jigsaw can initiate other brain areas; for example, you will use your visual processing area with a picture puzzle.

Sudoku is a puzzle game created in the late 1800s and became popular in the 1980s in Japan. The game’s goal is to fill a nine-by-nine grid with numbers so that each row, column, and 3×3 group contains all of the digits from 1 to 9. You can solve this puzzle in many ways, but it can be challenging for people who lack spatial awareness or problem-solving skills. Nonetheless, it has been shown that playing Sudoku can help improve brain function because it requires players to focus on numbers and patterns while completing the puzzles.

Improving memory and focus is not an easy task. These games are not a magic pill that will instantly make you more intelligent and more productive. However, since they help with memory and focus, they are good places to start if you want to improve your cognitive capacity.

Photo by Clarissa Watson on Unsplash

Previous post:
What Are The Top Ways To Get Dominica Citizenship? Find Out Here Next Post:
Consider These 6 Things When Choosing A Medical Device Contract Manufacturer