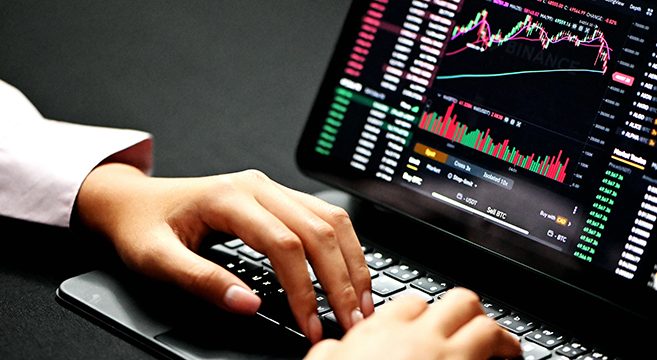 Everything You Need To Know Before Trading CFDs

As you probably know, most day traders end up losing their investments, promptly before giving up and dropping the whole ordeal. Due to this fact, the whole notion of online CFD trading is deemed a get-rich-quick scheme by the majority of the population. This perspective leaves out a considerable (~15%) chunk of day traders, who not only make the market run for its money but, most importantly, are also successful at doing so consistently.

So, what’s going on here? In this article, I will explain the foundations of CFD trading, and outline the qualities that differentiate successful traders from the failed ones. Starting with…

What CFD is and why it became mainstream

CFD (Contract For Difference) is an arrangement between the trader and a brokerage firm. The said firm sells CFDs, which function as derivatives, and agrees to exchange them back at a later date while also adding the difference to (or withdrawing it from) the returned payment. The investor retains the option of performing an equivalent of shorting, which makes profiting off the declining market possible.

In effect a CFD mostly functions as the underlying asset, sharing its market price. Popular CFDs are based on shares, commodities, foreign currencies (Forex), and occasionally cryptocurrencies.

A big advantage of CFDs is that you don’t have to possess any actual goods. Therefore, it becomes more convenient to trade online, without having to concern oneself about storing assets like commodities, an important distinction from futures. But most importantly it provides access to a higher ceiling ratio of leverage.

Leverage and how it’s used

Leverage is, strictly defined, a portion of loaned capital one uses in his trading operations. It is a widely employed tactic, intended to enlarge potential profits. It is best explained with an example:

This technique, as one might expect, will also magnify any losses you may sustain, although it should be noted that you can never lose more than you put in because all brokerage firms utilize margin calls. Basically, if the price of traded CFDs drops too close to the margin (the sum of money loaned to the investor), said CFDs will be automatically sold to prevent the investor from accruing any debt.

There are certain costs involved with trading CFDs, these include a commission (usually reserved for shares), financing fee, and the spread.

When you buy or sell shares, your broker will typically charge you a small commission fee for performing the transaction. Note that you will be charged twice on a single investment, when buying stocks and when selling them. Commissions generally don’t apply to commodities and forex pairs.

Analysis or What makes a Difference between Gain and Loss

Comprehensive analysis is what separates a pro from a newbie. Two predominant attitudes towards analysis exist in investing – fundamental and technical.

Fundamental analysis is mainly concerned with the real value of the stock. They try to predict how the stock price will move by assessing the company’s worth and perspectives on the market, as well as the health of the industry and market in general. Such an approach is deemed inferior by many day traders, due to the long-term nature of generated predictions and the cumbersomeness of the process of making a prediction itself.

Technical analysis, on the other hand, focuses on studying the market by employing statistical methods to search for patterns. Technical analysts look at prices, market volume, supply, and demand and apply certain strategies to play the market for their benefit. This is an area that any to-be day trader should study profoundly.

You can find vast amounts of data for fundamental analysis on the internet. As for technical analysis, brokers tend to provide a basic set of tools. Familiarizing yourself with them and picking a trading strategy you like, would make for a great start.

This article was meant to explain CFD trading in a manner as simple and unambiguous as possible. If the idea interests you, dear reader, then I should stress the importance of further studying on the matter. You can also always test your strategies by playing with virtual currency first. Trading is a career that requires experience, knowledge, and enormous effort to get into, but then again, what in life does not?

Please share this article if it proved somehow informative to you and also let us know about your own experiences with CFDs and day trading in general.

Photo by Executium on Unsplash

Previous post:
How To Makeover Your Bedroom To Sleep Better Next Post:
Which Signs Are Compatible with Gemini Men?