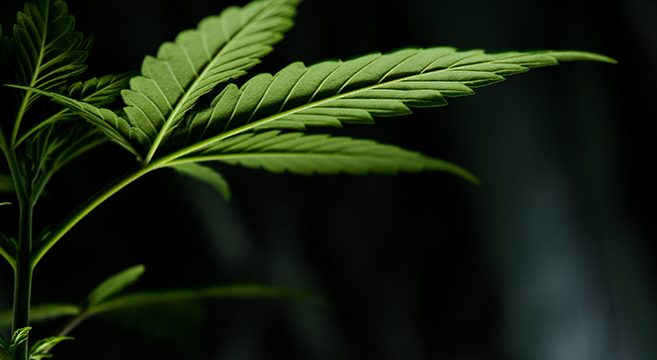 Cannabigerol: The Mother of All Cannabinoids

There is a reason why Cannabidiol (CBD) has been so well researched. Cannabidiol, or CBD for short, is one of the few cannabinoids that can be extracted from the cannabis plant without causing any psychoactive effects. Cannabinoids like THC and CBD are potent chemicals found in weed that bind to receptor sites on cells throughout your body. This causes them to interact with other cell chemicals such as serotonin and dopamine, which play a role in mood regulation. When you take CBD oil for anxiety it works by binding to these receptors too – but instead of being psychotropic like THC, it produces anti-anxiety effects!

Oddly enough, CBD oil’s effect on anxiety and depression is most likely due to its interaction with serotonin receptors, which are also found in the brain. It is interesting to note that even though CBD oil doesn’t get you high, it can still be tempting to take it during a time of stress. This may be because your body is producing higher levels of endocannabinoids (a type of neurotransmitter) than usual, which causes your brain and body to react as if you were stoned. This reaction releases extra serotonin, which in turn creates a calming and sedative effect on the brain.

However, this is not to imply that you should take CBD oil if you have an anxiety disorder. Despite its anti-anxiety effects, Cannabidiol has not been accepted by the FDA as a treatment for disorders such as depression or generalized anxiety, largely due to lack of research. That’s why further investigation is crucial! Thankfully, the University of Sao Paulo in Brazil is currently conducting trials on the effects of CBD oil on anxiety and fear in rats.

Cannabigerol (CBG) Is a Hidden Gem:

Life Research Cannabigerol (CBG) is a non-psychoactive cannabinoid found in the Cannabis genus of plants. The ‘verbalized ‘role in Cannabigerol is a reference to the geranyl (aka geraniol) chemical group within cannabis. The structure of CBG is similar to that of the other naturally occurring cannabinoids such as tetrahydrocannabinol (THC). CBG participates in cannabinoid biosynthesis by breaking it down into other cannabinoids such as Tetrahydrocannabinol (THC) and cannabinol. This cannabinoid is a psychoactive compound that induces a sedative effect. CBD has the same effect as Cannabigerol but in a different way. Research into CBD and its effects on neurological disorders are ongoing.”

“As the sole non-intoxicating cannabinoid found in Cannabis, CBG is believed to have a wide range of therapeutic benefits. It is important for the treatment of various neurological disorders such as epilepsy and Parkinson’s disease. A study published in 2011 showed that test subjects with Parkinson’s improved their mobility by taking Cannabigerol and oral doses of THC on a regular basis. Additionally, a 2008 study suggested that CBD oil might also prove to be useful in treating symptoms of Alzheimer’s disease. However, further research is required in order to confirm these theories.”

“Some researchers have discovered that Cannabigerol (CBG) may be used as an anti-proliferative agent against cancer cells. Cannabigerol alters the expression of genes that are related to cancerous tumor development and triggers a process known as programmed cell death (apoptosis). In order to affect this process, CBG is taken up by cancer cells and acts as a catalyst to cause their death. Interestingly, CBG acts as an anti-inflammatory agent in the body which may help to keep the body free from immunocompromised states such as HIV/AIDS. Furthermore, CBG has been shown to have an ability to increase the natural levels of growth hormone (GH) in the human body and increase immune system energy levels.

Relief from Depression and Joint Pain?

Do you have joint pain, depression, or both? Full-spectrum CBG Rosin may be the answer to your prayers. Full-spectrum cannabis rosin is known for its anti-inflammatory properties and has been used to relieve a variety of ailments such as arthritis, back pain, and even depression.

This small jar of rosin can be applied topically to the affected area for a soothing treatment. This is a trusted product used by many as an effective natural remedy to relieve joint pain, arthritis, and back pain.

For years, medical marijuana has been known for its medicinal qualities with certain strains having been found to help people with depression and other ailments such as anxiety or arthritis. The U.S. government, however, has been attempting to prevent the use of the substance in any way with harsh current laws. A full-spectrum rosin is simply a form of hemp oil that contains CBG or cannabigerol (CBD) with other beneficial cannabinoids, making this product an effective treatment for many ailments.

Full-spectrum rosin is typically extracted from the plant by cold-pressing and can contain up to 50% CBG or CBD along with other minor cannabinoids such as terpenes and flavonoids. The rosin is then applied directly to the skin.

Full-spectrum rosin differs from CBD oil in several ways. While full-spectrum resin is created naturally through the extraction process of cold-pressing, CBD oil contains less than 10% cannabinoids; the other 90% can be referred to as “carrier oils.” These oils are often made from an assortment of vegetables or other plant matter such as coconut. Full-spectrum rosin, on the other hand, is extracted from the plant and applied directly to the skin.

If you are interested in trying formulas for pain and depression, this product contains what you need. The product’s natural ingredients are safe for all ages and will not cause unwanted side effects.

The company recommends using this rosin to treat depression, anxiety, arthritis, joint pain, muscle soreness, and even chronic stress. Some potential users may be concerned about hemp oil is a derivative of the cannabis plant, but with the full-spectrum aspect of this product, you do not have to worry about experiencing unwanted side effects or getting high because it contains less than 0.3% Tetrahydrocannabinol (THC).

If you are looking for relief from joint pain or depression and even anxiety, this could be the product for you. Chances are you have tried prescription medication without results. This natural remedy can provide the relief you need in a safe and all-natural way. The company also has an incredible customer service team that is willing to answer any questions about the product or refund your money if you are not happy with the results of their full-spectrum CBG Rosin.

Previous post:
Trends of Site Design in 2021 Next Post:
Why Drinking More Water Is Important For Your Health And Wellbeing