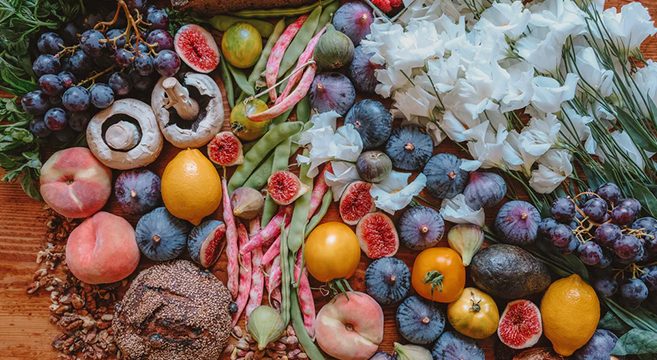 Why Organic Food Is So Good For You

Health and nutrition have always been topics of concern among individuals. We learn about new diet fads, supplements, superfoods, and infused beverages every day. From acai bowls and chlorophyll water to intermittent fasting and intuitive eating, many of them are just trends that come and go. However, eating organic is something that many people have been swearing for decades now.

While many health enthusiasts refuse to consume anything that’s locally grown, others believe that this particular food is a mere hoax. As someone who wants the best for themselves and their family, determining which way to go, especially when there are so many options, can be quite challenging. When it comes to health, making the right choice is a huge responsibility that’s not to be taken lightly. Because we know the struggle, we are here to tell you why organic food is good for you.

What Is Organic Food?

For quite some time now, it feels like the word “organic” is being thrown around like free candy. From toys, textiles, skincare, makeup, restaurants, and more- it feels like we can never get enough. You’ve probably asked yourself, at least once, what “organic” really means. The term relates to a certain procedure in which agricultural goods have been planted and processed, although the regulations regarding the process vary from one country to the other. However, in the United States, an organic agricultural product is one that has been grown without the use of fertilizers, pesticides, bioengineered genes, which are also known as GMOs, or herbicides. Livestock can be organic too. Organic livestock that’s used to produce eggs, meat, or daily products are typically raised in an environment that encourages them to behave naturally, and they also eat organic feed. They can’t consume any animal by-products, antibiotics, or be given growth hormones.

While not all organic food is fertilizer and pesticide-free, their use, as well as the use of weedkillers, fungicides, and insecticides is very closely monitored throughout their entire food production process. Ideally, organic farming is supposed to be entirely pesticide-free. However, since this is not always possible, many farmers use naturally-derived pesticides. Pesticides that are a product of natural substances are approved for farming goods and food. Though, their use is only permitted when other control methods are not as effective.

You can find a list of various materials that are authorized for organic production courtesy of The NOSB, or the National Organic Standards Board, and the NOP, which is also known as the National Organic Program. The public, supportive consumers, business owners, and farmers have all contributed to the formation of this list that generally prohibits the use of synthetic materials and allows the use of natural ones. Keep in mind though that there are always exceptions to the rules. The list can be adjusted and materials can be added to it by the NOSB and the NOP when deemed necessary. Though, the Organic Materials Review Institute or other similar third-party organizations usually evaluate the suggestions to ensure that they comply with the regulations; this procedure requires over a hundred technical experts.

Organic food is clean food, meaning it is free of preservatives, artificial flavors, and coloring. When you eat a cleaner diet, you get a cleaner body. A cleaner body is healthier, more active, and full of energy. There are less than 40 synthetic substances that are permitted to be used in farming organic food, which is substantially less than those used in non-organically grown and processed food. These substances are only used when they’ve been evaluated by government professionals and independent experts. The use of synthetic substances, which are added to other packaged food, can be extremely detrimental to health. You may be surprised to learn that ADHD, obesity, and diabetes are just a few examples of what unregulated, non-organic food can cause to your mind and body.

The production of organic food is concerned with the quality of all aspects of the process, including soil health. Without healthy soil, you can’t have organic, healthy produce. The organic livestock providers at Cleaver’s 100% grass-fed certified organic beef steaks also explain that organic livestock will not be available otherwise. To ensure that the soil is well-prepared to produce quality food, natural fertilizers, compostable organic matter, and other soil amendments are used. In the presence of safety regulations and restrictions, green manures that cover the crops that are grown, as well as animal manures are also used in order to improve the quality of the soil. Food and crops are more likely to fight against disease, put up with insects, and live through droughts when they are planted and grown in healthy soil and environments.

There is also much proof suggesting that organic food is richer in micronutrients, vitamins, enzymes, and minerals than traditionally grown food. For instance, according to New Hope Network, a study that lasted for 6 years found that organically produced onions were more abundant in flavonol content and antioxidant activity than conventionally grown onions. According to the British Journal of Nutrition’s meta-analysis, organic meat and dairy contain around 50% more fatty omega-3 acids than traditional meat and dairy. Another study on “Organic Production Enhances Milk Nutritional Quality by Shifting Fatty Acid Composition” reveals that milk nutritional quality is increased through organic farming as a result of a shift in the fatty acid composition.

The British Journal of Nutrition also published another meta-analysis in 2014 that shows conventional crops to contain substantially lower amounts of antioxidants in comparison to organic ones. Flavanols, for example, were around 69% higher in organic crops, and phenolic acids were 19% higher. While these are just a few examples, many more studies show a positive correlation between this particular kind of produce and higher nutritional value.

Health and diet have become quite tricky subjects. There are various rational and logical opinions that point to different sides of one spectrum. One second you can be highly convinced that a certain type of food or supplement can be life-changing for your family, and the other, you may be reading up on the several health concerns associated with your new finding. Since we know how controversial the topic “organic food” has been, we decided to make things a little easier for you.

Previous post:
How To Tweak Your Pet’s Diet To Improve Their Health And Happiness Next Post:
Money-Saving Tips to Shop Smarter