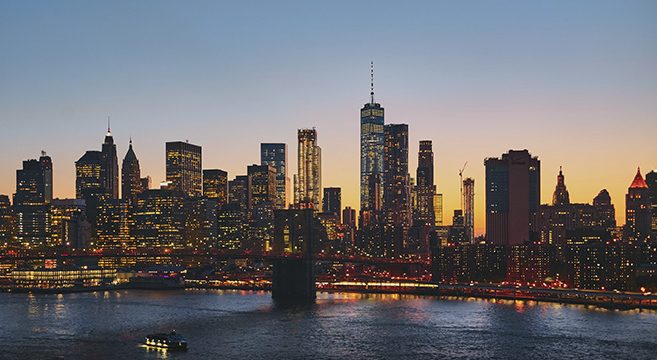 Exploring your surroundings is exciting, whether you’re on vacation, visiting a friend, or just touring a town. Before you call a boring cab and start visiting random places, consider these fun ways to explore a new city.

If you’ve never heard of Pedal Pub, you’re in for a treat. Pedal Pub is exactly what it sounds like – a pub on wheels powered by bicycle pedals. If you’re lucky enough to have one near you, you can ride around town while having a beer with strangers who won’t be strangers for long. As of May 2021, Pedal Pub can be found in the U.S. in 20 states and 42 cities. In Canada, there are 4 locations. Since it’s a franchise, there will be more locations opening soon. If you love beer, bicycles, and fun, you may want to select your next vacation spot just to try it out.

When you visit a tourist town, be sure to take at least one official tour. It might seem embarrassing to board one of those two-story, leopard-print, obnoxious-looking buses in Hollywood, but you’ll get a great tour of the area. Tour bus drivers are knowledgeable and often have a hilarious sense of humor.

There’s nothing better than being driven around town by someone who can point out all the interesting history of the area, including rumors, myths, and legends. If you visit a town like Hollywood, you’ll hear plenty of legendary stories about people like Marilyn Monroe and Charlie Chaplain. If you take the right tour, you’ll get a guide who can tell you things you won’t read about in history books. You may even hear some ghost stories.

Plenty of people tour cities on bicycles, but renting a motorized bicycle is ideal. In fact, bikes are so popular that entire towns have been transformed into bike towns. If you visit one of these cities, like Detroit, you’ll blend right in.

Touring a town on a bike has plenty of benefits. It’s fun, you’ll get your exercise in for the day, you can ride with friends, and you can veer off the beaten path whenever you want.

You might come across people selling Segway tours, and those can be fun. However, Segways can be extremely dangerous in groups. Accidents happen far more often than the news reports. Usually, one person loses control for a split second and creates a pile-up – even when people are following at a safe distance. When there’s a pile-up, people are thrown off balance and are forced to hop off the Segway. If you jump off of a Segway and can’t move fast enough, the Segway can crash back into your shins, or you can be hit from behind, which can cause massive lacerations and broken bones.

Stick to a motorized bicycle. You’ll have better control and you’ll be safer.

This option is mostly for people who can’t physically visit their ideal vacation spot. However, you can take a virtual tour online before you leave for vacation.

There are a bunch of professionally crafted virtual tours available for some of the world’s most popular locations, including London, Paris, Rome, Venice, Florence, Pompeii, Berlin, Athens, and Amsterdam.

Some of the virtual tours are hours long and are filmed from the perspective of someone walking. Virtual tours are better than flipping through photos and documentaries. However, they don’t compare to taking a trip in person.

Group tours are fun, especially excursions like the Secret Food London Bridge tour. On this tour, you’ll get to roam London for three hours, sampling delicious food along the way, including a secret dish.

If you’re headed to London, there’s also a Drink London tour, which is kind of like a pub crawl. For two miles, you’ll visit four historic pubs and listen to legendary stories about Sweeney Todd.

London isn’t the only place to offer fun group tours. You’ll find guided group adventures in just about every major tourist city in the world.

Whether you take a group tour or wander around on your own, keep exploring. Find those hole-in-the-wall restaurants that locals rave about. Visit shops that sell local goods and see what people are making. When you’re in a new city, there’s always something to explore.

Photo by Luca Bravo on Unsplash

Previous post:
6 Effective Ways to Protect Your Home Against Intruders Next Post:
How Small Lifestyle Changes Can Help You Lose Weight And Keep It Off For Good