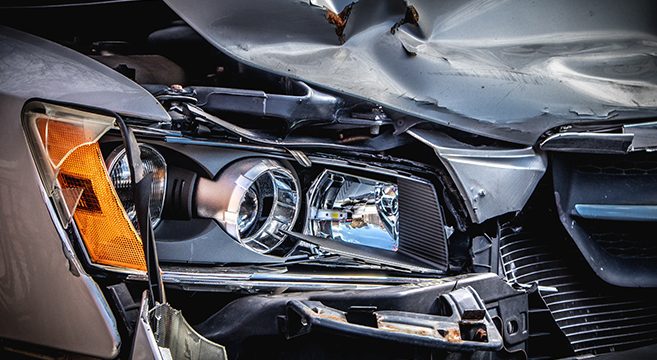 Having a car is a good thing. At the same time, this can be your worst nightmare if you are involved in an accident. Depending on the intensity of the accident, you may sustain personal injuries, as well as damages to your vehicle.

Your car insurance should facilitate the car repair or replacement depending on who-hit-who in the accident. Determining who caused the accident isn’t necessarily easy, as many factors must be considered when police are trying to come to a conclusion. Why is that? Here are some of the most common reasons why it can sometimes be hard to determine who caused a car accident.

Say, for instance, you are just driving at a steady speed heading home from work, and then boom! A car just hit you from behind. At first, you will panic. If it’s your first time in an accident, you might not know what to do.

According to the law, you should stop immediately and call the police to the scene. However, on many occasions, not many motorists wait for that to happen. Many drivers run away from the accident scene, especially when they know they are at fault. Dealing with such cases can be complicated, especially when you didn’t manage to capture the vehicle’s registration number.

Not Knowing the Traffic Rules Well

Traffic rules are initiated to help keep the road madness in check. Without the rules, accidents would be happening every other second. Every driver is needed to understand the rules well for his safety and that of other road users.

If you have a poor understanding of the traffic rules, you might find it challenging to establish who-hit-who. For this reason, it’s recommended that you familiarize yourself with the rules before you hit the road.

Although most of the rules are clearly written, some are learned while you are on the road. For example, you may never have a clear understanding when dealing with a large commercial truck until you engage with one while on the road. Knowing the truck blind spots is highly recommended. The truck drivers are highly trained to watch out for the spots, but they forget, hence causing accidents. Dealing with accidents of such nature can be confusing as the truck driver may never tell how the accident occurred while the small vehicle driver strongly believes that they were on the right.

The Witnesses May Not Be Willing To Testify

Witnesses are crucial when it comes to determining who caused the accident. Police record their reports for the final investigation. Unfortunately, many witnesses file a report only for them to bail out when it’s time to testify. Vehicle accident cases can take time to follow up, and many of the witnesses may lack the patience to appear in court when the need arises.

You can consider taking the witness’s contacts after the incident to follow up with them during the period. When approaching the witnesses, it’s wise to use your lawyer so that it may not appear like you are manipulating the witnesses.

Photos of the Scene are Crucial

Immediately you secure the accident scene, your next step should be to capture everything from all angles. Many people make the mistake of waiting for the traffic police to capture the images for them.

At times, relying on police photos may not prove efficient. Remember, your insurance needs these images to carry out their investigation. Therefore, you shouldn’t get tired of taking clear pictures through your phone and sending them to the insurance company.

Dealing with such an accident can prove challenging to determine who caused the accident. The second accident is likely to add more impact and damages to both cars. Therefore, even a forensic analyst may find it hard to follow.

One of the Drivers May Die or Sustain Serious Injuries

That happens if one of the drivers dies or sustains injuries or goes into a coma? Accidents where death is involved, are somehow complicated to deal with. This is because the other party isn’t available to give their side of the story. Such incidents require expert’s assistance and witnesses to file a clear report that will point out who caused the incident.

In the event of an accident, determining who-hit-who isn’t as easy as it may sound. Mentioned above are the top reasons you might find it hard to determine who caused a car crash. By reading through the piece, you will know what to do if you find yourself in a similar situation.

Previous post:
How a Credible Lawyer Can Significantly Help with Your Personal Injury Case Next Post:
Alleviating Stress and Prioritizing Your Health when Planning a Proposal