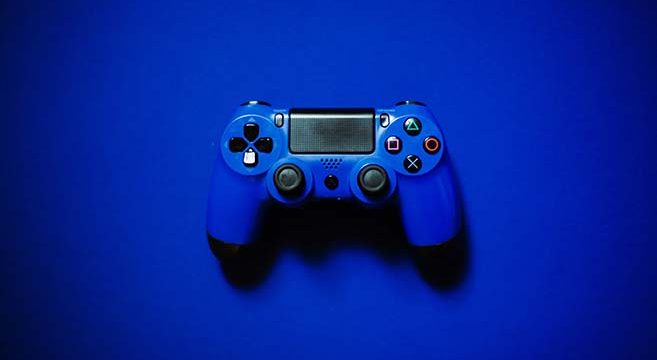 The video game industry has seen insane growth for both corporations and small communities across the globe. As technology advances in this sector, the accessibility in the world of video game development widens, as well. Suppose you’ve been interested in becoming a video game developer. In that case, you may have come across a familiar game engine called Unity, and you may be asking, “what is the unity game engine?” In this post, we will explain Unity’s purpose, but we are going to tell you who benefits the most from using this game engine to develop their games. First, here is a shortlist of some phenomenal video game franchises that were – and still are – produced by Unity the past decade.

Unity has amassed a pretty expansive catalog of games. Some of the ones below are showcased on their official site. However, there are others that you may not have been aware of having Unity’s footprint. Check below to see if any of these ring a bell.

Ori and the Blind Forest (PC/Microsoft/Nintendo 2015)

Of course, this is just the tip of the iceberg; there are so many more notable games that could make this list 12 web pages long. If you look at the list of games on the list, you may have noticed a trend. Many of the games created in Unity are either mobile games or relatively smaller games compared to more prominent titles like Destiny and Call of Duty. This brings us to our next point:

Who benefits the most using Unity?

We understand that this list has been backward in the delivery of information. Instead, we will avoid spending your time referencing information you can Google yourself. We want you to understand whether or not the types of games you plan to make even make sense in Unity based on games already made.

Developers know more than anyone what tools fit their needs, and most developers who use Unity are indie developers. Many of the games we see produced with Unity as its primary engine are smaller by companies with smaller budgets. That in no way puts a shadow over its potential. We just understand that there aren’t many triple AAA games being made in Unity.

What does that mean for me as a new or indie developer?

If you are a new or indie developer with a smaller budget and a smaller team, you will benefit tremendously from Unity’s tools. Many of the indie games you see on the market have been made using Unity, and many of those games didn’t have nearly the amount of publisher support and budgeting that bigger games have.

Now that you have an idea if Unity is for you and your team, we will discuss the aim and features of Unity to help you better answer the question, “what is the Unity game engine.” Let’s get into it.

Games – Everything you need to create and operate your games.

As mentioned before, the Unity engine has many benefits for indie developers. If you have an idea for an indie game, Unity has the tools and power to get you from concept to launch if you and your team are willing to commit to the work.

You can pretty much make a game for any platform. Many indie developers start out making PC or mobile games because it’s easier to post your game. However, don’t be discouraged. Nintendo Switch and video game stores from Sony and Microsoft have been very inviting of indie games being published on their stores. You can even make AR/VR games using the Unity Engine.

Unity offers solutions for creators who aren’t experienced with popular developer languages like C# and Java. In fact, their Bolt Visual Scripting service allows making fully functional “game mechanics and interactive systems without writing a single line of code.” Of course, many consider the ceiling low as far as the potential of control you’d have than someone who can read and write code. However, that is still an excellent tool for newbies to get their feet wet and learn how developers make games before committing to more complex tasks. There are also tools for programmers and artists that stand out from the competition.

Unity helps with the back-end handlings of your game. Sometimes, network and accessibility can get very tricky when making a game running live online. Developers creating games that share data from user to server and then to other users run into a whole gang of other problems that can be overwhelming. They have ways for you to simplify your game’s back-end by helping with processes like tracking your players and stats from device to device, creating and managing leaderboards, maintaining in-game economies and item catalogs, and much more comprehensive, ready-to-use back-end systems.

The Unity Asset store is arguably one of the main reasons for new and indie developers to start making games on Unity, and here’s why. Whenever you make a game, there is a simple way to look at the front-end and back-end relationship of coding. This is SUPER simplified – and, in some ways, disrespectful to professional programmers – so hear me out. The “behind the scenes” of video game development involves writing code and creating mechanics and interactive commands that bound the players and the game to a set of rules that are not to deviate. However, the front-end – the part that everyone sees and experiences – is filled with media tools that explain to the player in a very tangible way what the game’s core is doing behind the screen.

The Unity Asset Store gives game developers access to millions of user-created art, sounds, and effects that help decorate their code. For example, you’ve coded for every time the main character gets hit by a creature, he will make a sound indicating pain. Well, if you don’t have an asset attached to that statement, nothing will happen. However, with the Unity Asset store, you can find free or purchasable audio clips to describe to the player your hard work coding that simple audio cue. It’s an extraordinary relationship between the screen and the code that players don’t need to understand. However, you as a developer must deal with this if you are going to develop your own games. The Unity Asset store is probably Unity’s most significant “asset” for its users’ quality of life.

What’s the catch? How much does all this cost?

You should be surprised to know that using Unity isn’t a wallet splitter by any means. They also offer multiple solutions for you and your team to create video games without breaking the bank – depending on your budget, of course.

This is probably the part you were most concerned about, though, so let’s get right into the most critical details for what Unity costs for indie developers and who may benefit the most from it.

Price: FREE
Eligibility: Revenue less than $100K last 12 months
For: Hobbyists and enthusiasts looking to learn and experiment with the process of game development; no need to write code.

Price: $399/year per seat
Eligibility: Revenue less than $200K last 12 months
For: Small businesses and serious hobbyists who want more functionality and training resources to power up your projects

Eligibility: If revenue greater than $200K last 12 months, you are required to use pro and enterprise.
For: Professional game developers and dev teams looking to create and operate successful games.

Have you started developing your game using Unity?

Most likely, you know that Unity helps organize the monetization of your video games with their operational benefits for developers. If you have already implemented in-game currency and other types of in-app purchases to make money after the initial sale of your game, that’s awesome.

If you aren’t aware, players are starting to be exposed to ways to make money outside of the games they play using currency and items from those games. You can get a good look at this process by visiting Eldorado.gg to see if any of the games you are playing right now are being serviced by them.

You will be able to trade in-game currency such as Old School RS GP similar to how you would with regular stocks and shares in real life. Stop by Eldorado.gg to learn more about in-game currency trading and other outstanding services for the games you play every day.

Photo by Sean Stone on Unsplash

Previous post:
9 Things to Do on A Long Train Journey Next Post:
Understanding The Diet Of A Golden Retriever