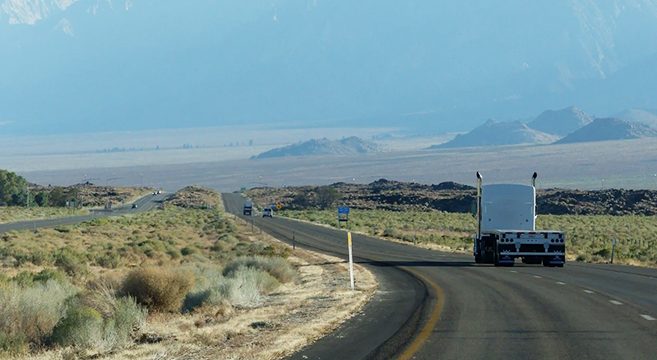 An auto calamity of any kind always remains a threat to life. But when a truck is added to the picture, the consequences move from serious injuries to death itself. When this happens, the cost of repairs and healings is also amplified drastically. To be safer, everyone has got to be equipped with adequate knowledge about the most common factors that can lead to truck crashes. This is always for the good of all.

What You Should Know

In a worst-case scenario, a truck accident means you will literally battle with the driver, the truck company, and the insurance company to ensure that you are well compensated. Depending on which part of town the whole incident took place, you will need legal representation from an experienced New Jersey semi-truck accident lawyer who has handled cases like this previously. They have full expertise and would seek fair and handsome compensation.

The Common Causes of Truck Incidents

Serious injuries from car accidents with a semi-truck occur due to a number of factors that will be explored here:

A lot of trucks have air brakes that are designed in such a way that they can stop a loaded truck 100 feet when it’s traveling at a speed of 35-40mph.

Nevertheless, when there is a fault or breakdown in these air brake systems, these 80,000Ib vehicles become a deadly problem on the road. And regardless of how often the truck driver continuously pumps the brakes as it is recommended, failure can still occur resulting in dangerous scenarios.

The commonest type of truck incident is rollovers. If a driver loses control of his heavy-duty vehicle and starts sliding sideways, an obstruction present on the road can trip up the vehicle and set it off to roll over – a curb, uneven ground, guardrail, or even another vehicle.

A truck that is in the habit of turning aggressively or sharply is at risk of rolling over. Most especially when it carries either a full or an unbalanced load. The effects of truck rollover are generally high with serious and grievous fatality rates.

Heavy load vehicles in particular usually have a large “No Zone” area that has the capacity of causing accidents. That is why most trucks have stickers on the back saying – “If you can’t see the driver in his mirror, he can’t see you”.

Blind Spot for most trucks are both on their left and right sides and following too closely behind them won’t be the best of ideas.

Every truck has limitations when it comes to the amount of weight they are permitted to carry per time. In most places, interstate haulers are not permitted to carry loads that exceed the maximum gross weight allowance of about 80,000Ibs.

Most truckers often ignore these rules and go beyond that limit. When the weight of the load becomes too heavy to handle or manage, it becomes a problem as there is a great amount of risk associated with it. They may lose control of their vehicle thereby provoking an incident.

Driving through a highway, you will see scores of ripped tires and threads scattered in almost every corner of the road. The heavy loads carried by these trucks plus the long distances they cover while traveling cause notable wear and tear on the tires. This has the potential of causing grievous injuries or even death.

When loads are packed and arranged in the truck improperly,  the heavy vehicle may lose some of its cargo during transit. As a result, debris falls off the vehicles. This fall-out has the potential of causing an accident on the highway.

Nevertheless, some states have developed laws that hold the truck driver responsible for properly securing their loads in a way and manner that allows nothing to fall off on the road. The only exception is clear water and feathers from live birds.

When heavy vehicles cause collisions while taking a turn, it is known as “Swinging Turn or Squeeze Play accidents”. These swinging turn can happen in either of these situations:

1. When a truck swings left to right to make a right turn or swings right to make a left turn.
2. When a vehicle does not turn wide enough while making a turn rather than managing space, it will end up squeezing the cars beside it.
3. When a truck makes a turn too widely thereby hitting other vehicles close by.

Other Factors that Contribute to Truck Incidents

What To Do If You Are Involved In A Truck accident

For drivers who are involved in an accident caused by having a collision with a truck, it is advisable that they should, first of all, determine if anyone at the scene of the crash requires medical attention. As accidents involving heavy vehicles are generally very consequential, proper medical attention should be given to all parties involved.

Secondly, if your vehicle is involved in an accident with a truck, it is always good to avoid speaking to the trucking company without the presence of an experienced New Jersey semi-truck accident attorney. If you do, you risk having the truck company try to work out a quick settlement or compensation that can’t cover the repairs and the losses, and the medical treatment.

To sum, always be safety conscious on the roads. As a driver, make sure your vehicles are always in good states so that they won’t turn to some bloody, violent life takers. In case, the unwanted happens, no matter who is at fault, getting a lawyer always pays in the end.

Photo by Nick Cheng on Unsplash

Previous post:
5 Mental Health Benefits of a Clean House Next Post:
What You Need to Do After Being Involved in a Bike Accident