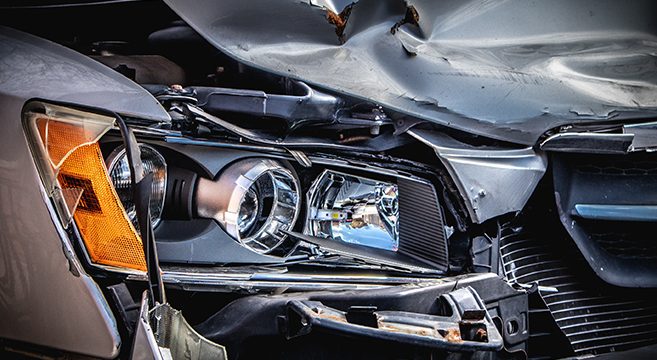 Accidents happen all the time, and they can happen to anyone – even the safest driver. It’s important to think ahead and be prepared for any event. The first thing you’ll want to do is avoid panicking and then go over a mental checklist of everything you need to do. Here’s a list of a couple of things you might want to be mindful of in case you ever happen to get involved in a car accident.

Check Out the SR-13 Form

If you’re a car owner, you can save a lot of hassle by taking a look at a police car accident form. It contains all the information police want to have about your car and the exact circumstances of your misadventure. This document is called an SR-13 Form and can be downloaded from state government sites and county departments. However, be advised that as of August 2020, police no longer respond to car crashes unless someone has been hurt. It’s better to be aware of the information you’re going to have to give rather than wrangling with officers or others at the scene. This can include what happened, when, where, which cars were involved, whether the drivers involved in the crash had insurance, what type of insurance this was, and your insurance policy number.

Make Sure Nobody Was Injured

Even if it was only a small crash or a scratch, it’s worth double-checking whether everyone involved is safe. If anybody has any signs of an injury, it’s better to be safe than sorry. Make sure you do everything you can to find out whether someone was hurt in the incident. If needed, seek the help of medical professionals.

It’s definitely worth taking photos if there’s any visible damage to your car. This can be used as evidence when filing your insurance claim. If you’ve got evidence to back up your claims, the insurance company will pay you quicker, making life easier for everyone, especially you. You should know who to contact from your insurance company. Many companies have mobile apps, which means you can even start an insurance claim straight away at the scene of the accident. If you exchange information with the other party involved in the car accident, don’t show them your driving license. U.S. laws don’t require you to show them your ID.

Never Claim Responsibility For Anything

Sure, it sounds like the right thing to do, but responsibility can be tricky, and sometimes it’s not easy to find out just which of you was in the wrong. So it’s best to avoid telling anything to the police or others involved in the crash that might be used against you. Just stick to the publicly available, indisputable bare minimum facts. Let’s face it, nobody wants to be a sucker, and just doing the “right” thing isn’t worth putting yourself in a worse situation than you are already in. When talking with the other party, don’t tell them things that might make filing your insurance claim more challenging.

What If A Loved One Is Injured In a Car Crash?

Unfortunately, injuries can happen. In fact, Georgia has the highest number of road fatalities in the country. If the unthinkable happens, and one of your loved ones or relatives is injured or, worse, killed in a car crash, Georgia law allows you to file a lawsuit. After your loved one or relative has been properly hospitalized and received proper medical attention, you’ve got to weigh your options. You might want to browse personal injury lawyers in Atlanta and consult with them to see what kind of actions you can take. In most cases, they might advise you to file a lawsuit.

Lawsuits can bring better compensation for you than just the insurance money. You shouldn’t think of it as something greedy: it’s about peace of mind and knowing that you’ve done everything in your power to make things right, even if, in the case of a serious life-changing injury, or even a traumatizing minor injury, nothing will ever be the same again. And finally, remember that if the other party’s insurance company tries to negotiate with you or make an offer, never accept it. It’s in their interest to lowball you.

What Am I Entitled To?

The word “damages” refers to anything which is owed to somebody who’s been injured. Special damages include things like out-of-pocket expenses and other costs like medical fees, as well as future wages lost from a lasting disability. General damages, on the other hand, refer to specific changes that result from the negligent actions of the other person involved in the accident itself. General damages can include decreased quality of life, physical disabilities, mental trauma, and anguish. While the first type of damages can be added up and calculated precisely, general damages are harder to calculate because they involve human suffering, and are usually determined by the opinions of experts. This also means that you could be entitled to far more than you would have thought, so it’s a big help to have an expert personal injury lawyer on your side.

Because it’s their job to find ways for their company to save money, insurance adjusters have a vested interest in talking you out of filing an accident suit and will also try to talk your claim down as much as possible. Be sure to find out as much as you can about the full extent of your injuries or those of your loved ones before saying yes or no to an insurance payout. They might also refuse to consider your lost income.

Be sure to get as many documents as you can about your wages, including W-2 filings from the tax year before the crash. That way you’ll be covered and won’t have to worry about getting lowballed. Also, if you or a loved one were injured, never listen to your adjuster if they want to talk you out of filing an injury claim. You should definitely do what’s in your own best interest.

Previous post:
The Top 7 Tips to Manage Driving-Related Anxiety and Panic Next Post:
Things You Need to Prepare Before Going Outdoors