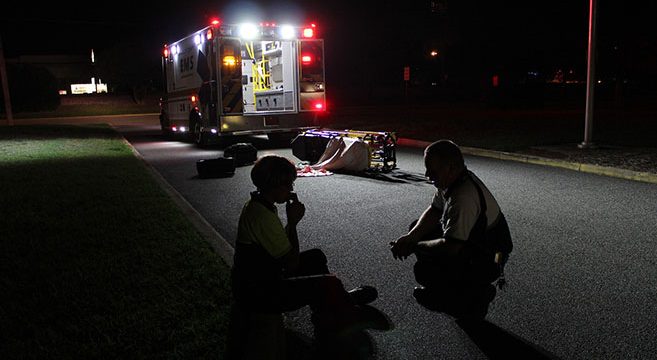 4 Important Facts You Should Know About Post Traumatic Stress Disorder

A lot of people tend to underestimate psychological disorders but in truth, these are serious conditions that can greatly affect the overall health of an individual. Beyond depression, anxiety, and many others, one condition that people need to learn more about is post-traumatic stress disorder or better known as PTSD.

To put it simply, post-traumatic stress disorder is a mental health condition that’s often triggered by an event that an individual has either experienced or witnessed. It’s one of the worst mental conditions because it greatly limits the number of things that the patient can do due to the fact that they often want to avoid what triggers their PTSD.

If you or someone you know is suffering from it, it’s only vital that you steep yourself in more knowledge about it. Here are important things you need to know about the condition.

The causes of PTSD vary from person to person. However, the bottom line is that the cause is often a traumatic event that the person is either a part of or is a witness to. It’s greatly debilitating for the patient especially if the traumatic event in question is something that’s hard to avoid.

A common cause of PTSD is car accidents. Survivors of serious car accidents often suffer from PTSD after they recover. What makes it sad is that since they have developed post-traumatic stress caused by the event, some individuals eventually find it hard to do something as simple as driving.

Again, there are various events that can cause PTSD. For instance, soldiers who participate in war often suffer from PTSD too. Some people suffer the condition for specific reasons. The key to treating PTSD is to first understand and determine the cause of the traumatic stress that the individual is experiencing.

As per studies, PTSD develops in 1 or 3 people who suffer from a distressing event. For now, it is yet to be determined exactly why some people get the condition after an event while others who go through the same event, recover without problems.

There are many symptoms that are used to determine if an individual is suffering from PTSD. Like the causes, the symptoms vary from person-to-person. Due to its nature, some people don’t immediately notice that they are suffering from PTSD up until they seek professional help.

A common symptom among those who suffer from it involves memories of the event. Often called intrusive memories, these include getting flashbacks about the event, recurring dreams and nightmares, and even emotional distress or physical reactions upon coming across something that reminds the person of the event.

People also tend to avoid places, persons, or objects with who they associate the event if they suffer from PTSD. It also attacks the individual’s trail of thought. An upbeat person can suffer from hopelessness and negative thoughts once they develop PTSD.

As for physical symptoms, some of the things to look out for include difficulty sleeping, self-destructive behavior such as excessive eating and drinking alcohol, and irritability. People who suffer from it also tend to be more jumpy than usual.

The first step when it comes to treating PTSD is the assessment of the patient’s symptoms. This is usually done via an interview conducted by a psychiatrist. In most cases, the patient is interviewed more than once so that the specialist is able to fully check if the patient does have PTSD.

If the mental health specialists find that the patient is suffering from mild symptoms, they will undergo what’s called watchful waiting. During this process, individuals have to monitor themselves for up to four weeks. In some cases, people with PTSD are able to recover without treatment especially if the symptoms are only mild.

If the patient’s symptoms do not go away or improve during watchful waiting, the doctors will suggest further treatment. In most cases, patients undergo a mix of psychological therapy and medication. It will depend on the severity of the individual’s symptoms too.

The most common form of treatment is called cognitive behavior therapy or CBT. In it, individuals are taught to treat themselves by changing the way they think and act. It basically hopes to help patients understand and cope with the traumatic event that caused the condition in the first place.

Medication for PTSD often comes in the form of antidepressants which include paroxetine, sertraline, mirtazapine, and phenelzine. These medications have been found to be effective in treating PTSD and most importantly, they don’t show any adverse side effects too.

Medication treatment is often given to patients that refuse psychological treatment. However, medical doctors often suggest a mix of both forms of treatment as these have been found to be the most effective.

What Happens After Treatment

A common misunderstanding is that PTSD treatment is about making the patient forget about the event. However, that is very much the opposite of what treatment hopes to do. In reality, treatment focuses on helping patients cope with the event. It also teaches them to understand that the event is already a part of their lives and that they must move on from it.

Sadly, some patients suffer from relapse. In most cases, the patients experience trauma once again if they are put in a similar position. The good news is that for further bouts with PTSD, most patients recover much easier.

The patient needs to live their life as normally as possible after treatment. Being able to do so simply means that they have already overcome the trauma. Understandably, the path to recovery is a long process. No one should have to force themselves into getting over their trauma.

PTSD is a condition that’s not to be taken lightly. It can greatly affect the quality of life of the patient so seeking diagnosis and treatment is a must. Thanks to advancements in the treatment for PTSD, patients now have access to many ways through which they can be treated.

Previous post:
Top Golf Gear That Will Improve Your Performance Next Post:
Early Signs of Breast Cancer Every Woman Should Be Aware Of