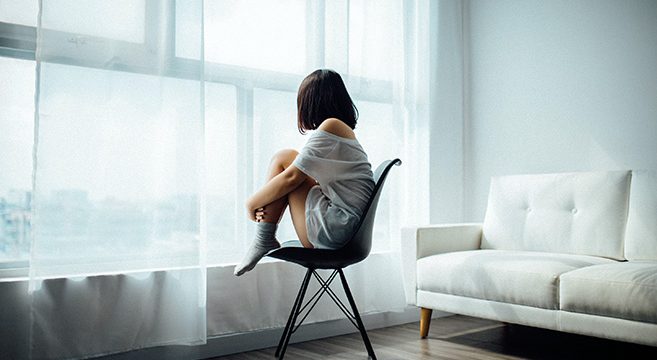 You probably have heard a lot about depression. It is a mental health issue that can affect anyone and in different ways. Many think that depressed people are always thinking about harming themselves or committing suicide.  The truth is that depression can range from subtle to severe. The subtler it is, the harder it is to be identified. Others think that things like unemployment, grief, and trauma are the only major causes of the disorder. Sometimes, there may be no concrete cause of your depression. If none of the well-known causes of depression describes your situation, it is probably a result of other little-known causes. Here are 8 unconventional causes that you could consider.

Whether you are a student searching “who can write my essay online” or simply work, the Internet is inevitable. However, you should know that becoming addicted to the Internet could hamper your ability to engage in real-life social interactions. This is according to studies, which portend that Internet addicts may hold unrealistic perspectives about the world. Other studies have shown that spending too much time online leads to moderate to severe depression.

Smoking could interfere with the balance of the smoker’s brain chemicals. Furthermore, due to the nicotine addictive nature, a person who ceases to smoke might become depressed. Thus, to minimize your chances of falling into depression, you should avoid cigarettes.

The End of an Important Event or Thing

Some people get depressed when something they deemed important ends. This could even be something as insignificant as a movie or TV show. Some people even get depressed after selling or renovating their homes. Popular films or TV shows can easily sweep up people with their narrative, causing them to forget about reality. Those who have religiously followed such shows for companionship could get distressed when they come to an end.

People who adopt poor sleeping habits are much more likely to be irritable. They are also more vulnerable to the risk of depression. This is because of the lack of adequate sleep stops the brain from functioning well. This is one of the factors that could trigger depression. Besides, a scientific study conducted in 2007 indicated an increase in brain activity in sleep-deprived individuals. This was after they were subjected to viewing upsetting images. This reaction was noted to be similar to that of depressed people.

Another unanticipated cause of depression is a person’s place of residence. For example, city-dwellers are much more likely to get depressed compared to their rural counterparts. This is because those residing in urban areas have too much to deal with. For example, paying for their house rent and commuting daily to work. This is why their brain activity, in part responsible for regulating stress, is higher. It is not also uncommon to hear of some countries where the depression rate is higher than in others.

Avoiding Fish in the Diet

Fish contains fatty acids like Omega-3, which have been found to regulate neurotransmitters such as serotonin. Therefore, an inadequacy of these acids could result in depression. Consuming fish oil supplements is one of the options available for incorporating more fish into your diet.

The pill, for example, contains a synthetic version of the progesterone hormone. Some studies portend that this hormone can trigger depression in some women. Although they do not cause depression to all people, women who have a history of depression can experience this.

If you have had a rocky relationship with your sibling, you could mend or improve it by:

Do You Know What Is Getting You Depressed?

Photo by Anthony Tran on Unsplash

Previous post:
9 Simple and Practical Tips For Single Christians Who Want To Find Love Next Post:
How to Choose a Natural Weight Loss Supplement for Fat Burn