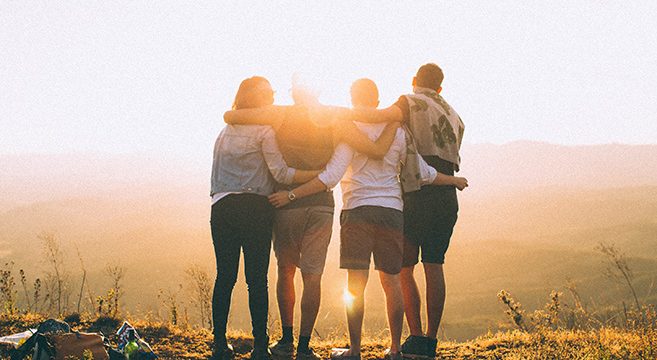 Over the past thirty years, the number of students going to study in another country has increased fivefold. What makes about four million students leave their country every year? The benefits are not only obvious but also confirmed by statistics. 84% of students get the skills they need for their future profession, 96% of students feel more confident, and 80% adapt faster in the workplace. Education abroad is a global trend. And this trend is inextricably linked with the situation in the labor market. Thus, the most popular direction for studying in another country is business and management. They are followed by engineering, programming, sociology, and biomedical sciences. And efforts do not go in vain. One in two employers says that such experience is an advantage in the hiring process. Together with essay writing help services from EssayShark, which works with hundreds of thousands of students worldwide and can write your college essay, we’ve compiled a list of the seven best countries to study abroad.

Great Britain is the most popular among European countries. Every fourth student who goes to study in Europe comes here. It is not necessary to say too much about the prestige of British education. It is all thanks to famous universities such as Oxford and Cambridge and many quality universities throughout the country, which ranked 2nd in access to quality education. Universities are in almost every city, so an exciting student life is guaranteed!

Dutch universities are repeatedly ranked among the best educational institutions: for example, in the QS world ranking, Dutch universities were as many as 13. The popularity of education in the Netherlands is growing, and in 2016, every tenth student in the country was a foreigner. Many cover part of the cost of education with grants. There are many of them here, and some are paid until the end of the study. Universities in the Netherlands are known for a very high level of English and offer many courses in English, so there are many opportunities for international students to find their ideal program.

Most programs at state universities, especially if they are in German, are free — it’s the law. And foreigners are happy to take advantage of this. In 2016, students from other countries accounted for 7% of the total number of students. Many go to Germany for medical education. While it is not widely available in other countries, it is encouraged for foreigners to get a doctor’s degree in Germany. The profession is in incredibly high demand. The salary after graduation is already much higher than that of graduates in other specialties. But there is a catastrophic shortage of personnel. Prospects for a young doctor with a German diploma are good. The chances of finding a job are high not only in Germany but also in the entire European Union, where this diploma is recognized. There are 35 medical universities and faculties in the country. The universities of Heidelberg, Charité, Tübingen University and Polyclinic, Universities of Lübeck, and Freiburg are considered the best.

Canadian universities are known for their technological innovations, especially in computer science and information technology. Although tuition costs are much lower, the country’s universities can compete with those in the United States or the United Kingdom. Thanks to its policy of multiculturalism, Canada welcomes people from all over the world. Most Canadians speak English, but French is the native language of a fifth of the population, so it’s a great place to refresh your memory in both languages.

A huge country stretched between the Atlantic and Pacific Oceans is ideal for studying abroad. Without exaggeration, the USA can be called the land of opportunity, as the state ranks 5th in the world for quality education, culture, and lifestyle! If you want to have fun in between classes, this is a great option. If you want to lounge in the sun on the California coast, taste the best tacos in Texas, or work on Wall Street in New York, why not choose one of the US universities?

The country ranks third in the availability of higher education. It boasts a number of top universities in the cities of Melbourne, Sydney, and Brisbane. In 2016, Australia received a record number of foreign students — 713 thousand. However, the country is popular mainly among students from neighboring states — India, Indonesia, and China. Europeans are in no hurry to go to the edge of the world. They are disconcerted not only by the distance but also by the prices. On average, a year of a Bachelor’s or Master’s degree program for an international student costs $20,000-$40,000.

Sweden was ranked sixth overall and first in the Career Opportunity category. This Scandinavian country is famous for its universities in Stockholm, Lund, and Uppsala. Many students highlight the opportunity to create their own startup. Interesting projects are often funded by the country’s higher education institutions themselves.

Photo by Helena Lopes on Unsplash

Previous post:
How Can You Help Our Doctors in the Fight Against COVID19? Next Post:
The Best Way to Start Longboard Skating