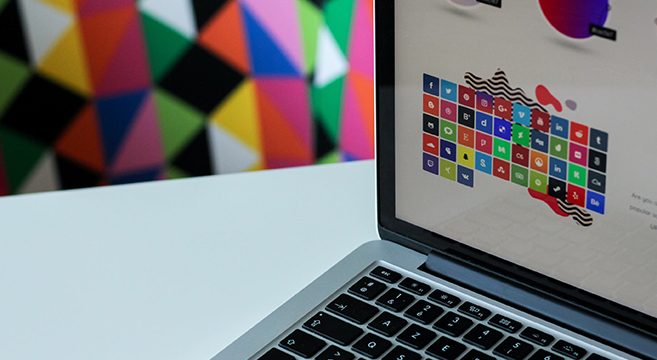 When it comes to graphic design, the old saying often applies: less is usually more. Stripping things back to the bare essentials can help to provide cleaner messaging, and help you to work out exactly what’s important in your image and what isn’t. Even if your aesthetic tendencies don’t lean toward minimalism, it’s worth giving it a try, just as an interesting exercise. Once you’ve come up with a few dozen high-quality minimalist designs, you might find that your more complex works starts to become sharper and more focused.

instantprint is a Rotherham-based printer specialising in posters. Their graphic designer, Lauren Baldwin, wrote a blog on the subject of minimalism, in which she noted that, “When designing a minimal poster, you want to keep the elements plain and simple. Minimalism is easy to describe but not so easy to design.” Well, just because it isn’t easy doesn’t mean it isn’t worth doing. Let’s run through a few tips for getting started.

We’ve already touched upon this one, but it bears repeating: think about what can be taken away from your design, rather than what can be added to it. Often, we find ourselves layering stuff on without really thinking about what it’s contributing. A minimalist approach would tend in the opposite direction: start stripping things back until the thing doesn’t work anymore, and then reintroduce the last element – the one whose removal broke your design. You’ve found the key to what made it work in the first place.

It’s all about the detail

The fewer details you have in your design, the more weight they’ll need to pull. Conversely, you’ll have the mental resources you need to really focus on every last pixel and line – and you’ll be able to give each one the attention it deserves.

The letters you use are arguably just as important as the imagery. Choose a font that’s bold and interesting. That needn’t mean choosing the most elaborate font available – but it does mean making the message you’re conveying part of the visual appeal of the entire piece.

Think about the colour carefully

If you’re not familiar with the basics of colour theory, then now might be a good time to acquaint yourself. Since you’re going to be using fewer elements, the ones that you do use will need to pull their weight.

Minimalist designs are characterised by a lot of empty (or ‘negative’) space. This helps to emphasise to the casual viewer that whatever’s going on in the middle of all that space must surely be worth their attention. Conversely, if you fill the entire page with something big and showy, you might give the impression that you’ve got something to prove.

Artists and graphic designers make use of a variety of tools to analyse the balance of their works. You might have heard photographers refer to the ‘rule of three’, or 3d designers talk about the ‘golden ratio’. The truth is that there are a variety of go-to formulae for achieving the right balance – but the ultimate arbiter is your own judgement.

Photo by NordWood Themes on Unsplash