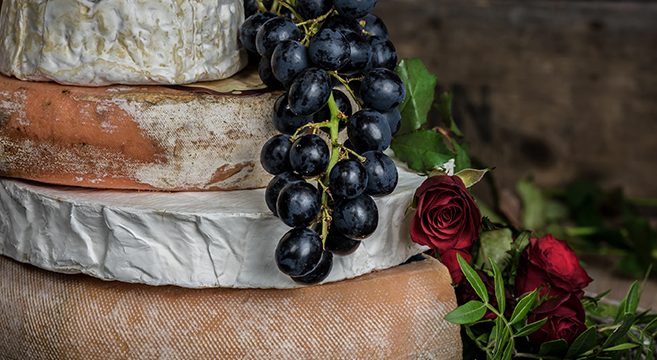 2021: The Year of the Food Pilgrimage

Cooking became a popular activity during 2020 for many reasons, and with our newfound love of cooking, comes curiosity. Questions start to spring to mind, where does saffron originate? How is halloumi made? It’s ok to check the answers on the internet but travelling to the origins of these ingredients will inspire your culinary experiences further, broadening your knowledge of dishes from around the world.

With so many different cheeses available to buy it can seem a little daunting to those new to cooking. But once you discover the many flavours on offer you won’t look back. Dutch Gouda, produced in The Netherlands since the middle ages has a mild flavour and wax rind, often seen in large orange cheese wheels. For a taste of authentic gouda make sure to try ‘Noord-Hollandse Gouda’ made with 100% Dutch milk. With the Netherlands being famous for its bicycles, take a cycling holiday through ‘cheese valley’, just be sure to stop off at the City of Gouda on a Thursday morning to catch the traditional cheese market.

Cyprus, the birthplace of halloumi, the semi-hard, un-ripened and brined cheese produced from sheep, cow, or goat’s milk.  Adopting the term ’squeaky cheese’, halloumi has become popular in the UK, used in hip restaurants and homes alike. Travelling to Cyprus, however, you will find halloumi on most menus across the country, with dishes packed with flavour. Head to Anogyra in the Troodos Mountains and visit a traditional, family run cheese factory where you can sample the delicious halloumi for yourself.

If it’s cultural dishes you can’t wait to try, here are a couple to tantalise your tastebuds. The Bobotie, originating in South Africa’s Cape Malay communities has proved a well-loved dish, spreading throughout the nation. Comprised of a base of spiced curried mincemeat, bay leaves and dried fruit, with a topping of an egg and milk custard. Once baked in a hot oven, this warming dish is dissimilar to a shepherd’s pie.

Another dish not only popular in its home country of Japan but across the world is, Ramen. Ramen is a noodle soup, comprised of wheat noodles in a meat both, flavoured with soy sauce or miso and topped with chicken, pork, or even seaweed. Travelling to Japan you will see this dish in standard restaurants, offering you a cheaper yet tasty bowl, to those that have achieved Michelin stared status.

Something a little different

With veganism becoming ever popular, restaurants worldwide are taking this into consideration when planning their menus. With the number of vegans in the UK going from 150,000 in 2014 to 600,000 in 2018, it comes as no surprise that London is leading the way when it comes to vegan food, with more vegan restaurants than any other city according to listing website, Happy Cow. Take ‘Temple of Seitan’ for example, they have taken the classic dirty burger and made it vegan, along with the fried vegan Chick’n; dirty veganism is here to stay.

Where will your food pilgrimage take you?

Photo by Jez Timms on Unsplash