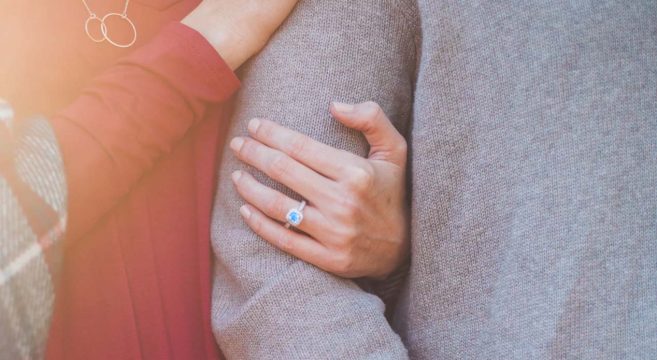 There has been a move away from buying diamond engagement rings in favor of other gemstone rings in recent times. Sapphires have become particularly popular, ever since Prince William proposed to Kate Middleton with his mother’s blue sapphire engagement ring. But it is not that alone that has made sapphires, and other gemstones become popular engagement ring choices. One current trend we are seeing is that of birthstone engagement rings. Let us take a closer look at this growing trend.

How popular are birthstone engagement rings?

In 2019, the e-commerce site Etsy announced birthstone engagement rings were one of the key breakout wedding trends of the year. Etsy saw 34,000 searches for birthstone engagement rings within only a three-month period of 2019. A spokesperson for Etsy said today’s bride is not tied to the norm and wants to express her personal style by choosing a ring that reflects her personality and individuality.

Some Birthstones Come in Many Colors

Some birthstones only come in one color. For example, ruby rings contain the birthstone for July, and the stones are always red, although some rubies can incorporate tints of other colors like pink and brown. But other birthstones come in more than one color. So, although birthstones are always primarily associated with one birthstone color, a growing trend is for brides-to-be to wear gemstones that are their birthstones but do not match the corresponding birthstone color. For example, January’s birthstone is garnet, which is primarily dark red. But the stones come in an array of colors, such as pink, purple, green, and black. Therefore, a fiancée can wear a color that has a personal meaning to her, or a color that she simply loves, while wearing her correct birthstone at the same time.

What are the birthstones for each month?

There is a corresponding birthstone for every month of the year, but some months have additional alternative birthstones to the primary ones. Here is a list of the gemstones for each month:

What are the origins of birthstones?

Birthstones date back to the first century AD. With such a long history, it is no wonder more, and more people are embracing them as engagement choices today. The famous Jewish historian Titus Flavius Josephus first made the connection between gemstones and the zodiac. In his writings known as the Antiquities of the Jews, he describes the bejeweled breastplate worn by the high priest of the Israelites, Aaron, in the Book of Exodus from the Holy Bible. The breastplate was adorned with twelve precious stones, and each one was engraved with the name of the twelve tribes of Israel. Josephus suggested the number twelve also represented the twelve signs of the zodiac. The stones then became associated with the twelve months of the year, although the categorization of the months’ corresponding birthstones has slightly altered over the years, which is why there are now alternative birthstones for some months.

Previous post:
Healthy Ways to Manage Your Weight Next Post:
6 Useful Tips for Studying Science and Acing It