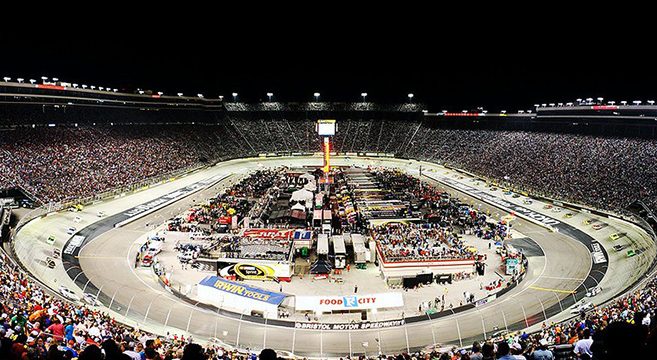 Repurposing Sports Arenas and Stadiums in a New World

Watching sports in their bombastic arenas and stadiums may be a thing of the past as with most events concerning large crowds thanks to the COVID-19 pandemic. Plenty of sports arenas and stadiums will hardly be used and may not operate at full capacity for the foreseeable future. But this is an opportunity to redevelop and reimagine these spectacular venues into something else.

During the COVID-19 pandemic, sports venues across the world were quickly redeveloped to become medical facilities among other things. Now that sports has quietly resumed, the stands remain unused and the threat of a second wave could once again leave these multi-million complexes empty. It doesn’t need to be. Plenty of sports venues from football stadiums to NASCAR tracks have enough real estate and utilities to perform multiple other functions. In fact, many of them already do or have already been converted as we look at some ideas and examples:

Converting them to new entertainment complexes

A silver lining to the pandemic has pushed everyone, especially developers, into rethinking how to design entertainment events that can still cater to large groups of people. A great deal of the events we enjoy like concerts, movies, or sports involve gathering as large groups. With how large some sports stadiums are, they can become entertainment complexes that can still fit a sizable number and maintain physical distancing. The Miami Dolphins turned the Hard Rock Stadium into a massive drive-in theater that showed classic games and movies. A Catalonian bullring in Barcelona was converted into a shopping mall. And then there’s eSports. The halt of physical sports have helped speed up the popularity of one of the world’s biggest niches.

Turning them into green spaces or parks

Climate change, pollution, and the lack of green space in major urban developments are still issues that should be addressed in spite of the pandemic. Turning a soccer field or baseball park into a green space or park is a start and it’s been done before. The iconic Highbury in London, England was home to Arsenal F.C. for nearly a century. But when the team moved to the Emirates Stadium, the Highbury was repurposed into apartments turning the field into a garden. Inspired by this idea, West Ham will reportedly repurpose the Olympic Stadium in the same mold.

Conversely, they don’t have to go too far with the reimagining. NASCAR race tracks can be converted to horse racing tracks that feature NASCAR Vegas odds and have portions go to charity. Or dial up the greenery around the track where it functions as both green space and race track.

Using them as a virtual art gallery or museum

Several arenas such as the ones that house basketball and/or ice hockey could be a good venue in hosting virtual art galleries or museums. These places are equipped with a jumbotron, projectors, and enough space to redesign itself depending on the subject. The court or ice area can be the landscape of art projection or the hallways leading to the bleachers can house frames or other art pieces with considerable distance between them. The parallel amenities designed into most arenas are also situated nicely to accommodate different viewing parties.

Transforming them into hospitals and other health facilities

At the height of the COVID-19 outbreak, sports arenas around the world were being converted into emergency hospitals. Natural disasters in the past also prompted the transformation of arenas into shelters. Many of the stadiums and arenas functioned well despite the rushed implementation. Most of them are equipped well to serve patients. They have concession stands for food, plenty of electrical power, and are spacious enough for even trucks and buses . With COVID-19 continuing to linger and the dangers of a second wave, several arenas or even portions of the stadium can be used to alleviate the burden from hospitals. Santiago Bernabéu, Real Madrid’s stadium was used to store medical supplies. In similar fashion, New Orleans’s Smoothe King Center, home of their NBA team, used their arena floor to store masks, hazard suits, and other personal protective equipment (PPE).

Turning them into housing areas

This is most suitable for the larger venues, with NASCAR facilities and similar racing spots having the room to fit a small town. If the Highbury was reformatted into an apartment, behemoths like the Charlotte Motor Speedway could easily house spaced out neighbourhoods. The original Fuji NASCAR Speedway in Japan has been left abandoned and resembles something like a scene from Lost World. The space here could be used for anything: housing, green space, or a new strip mall.

But these ideas aren’t limited to NASCAR as plenty of European tracks have either been abandoned or have indirectly become regular roads such as the old Hockenheim in Germany or the old Spa-Francorchamps in Belgium.

Previous post:
How CBD Can Help Treat Anxiety Next Post:
Planning to Propose? These Are The Top Romantic Places Aside From Paris