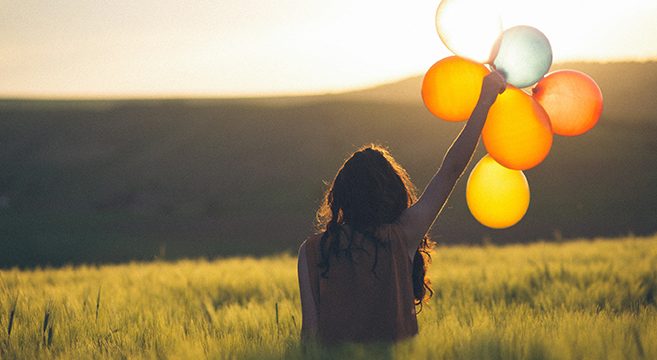 The pandemic has taken the lives of a million people, and people have long since declared 2020 as one of the worst years in history. Losing so many people and loved ones around us and dreading the day you would get the flu took a toll on some, whereas others tried their best to fight the depression and anxiety they got in isolation. Needless to say, everyone was trying to keep themselves and others around them safe by observing precautions. However, depression and solitude were everyone’s companions, and lately, everybody’s coping through serious problems. Even though this was the story for most people, some people actually took the initiative to turn things around. In fact, instead of letting the lockdown restrictions get them down, they managed to make the most of it. Here’s a list of things people found to be the best things to do during the lockdown.

Shifting the Focus on Health:

The primary goal people had in mind at the beginning of the lockdown was improving their health. Instead of just binge-watching seasons on your couch or bed, you should try to get things going. We’ve all spent a lot of our lives pursuing our careers and working jobs.

The problem with this routine is that, even though it pays the bills and rent, it leaves no time to focus on our individual self. People always overlook the changes happening in their physique, appearance, and internal bodies. Some people have suffered from serious diseases because of the lack of attention towards their health. Instead of taking in healthy vitamins and delta 8, they resorted to eating fast foods and suffered poisoning and liver diseases.

To that effect, try taking a different approach. If there are no gyms or nice places to eat out in, let’s make that space right at home. You might not have any experience in the kitchen or work out. However, with nothing but time, you can learn. This is exactly what countless people did to turn things around. They made a gym inside the living room or even bedrooms. Those who had a spare room utilized the space and brought all the necessary equipment.

For health, people resorted to trying out new recipes and tried herbal remedies to treat their pre-existing conditions. After consulting their physicists and doctors, it turned out to be a great idea, and the results spoke for themselves.

Doing What You Always Wanted:

How many times did you leave that book you always wanted to read because of some preoccupation? Perhaps you never got the chance to pursue your passions and hobbies because of the busy routine life handed you. This is perhaps the only shot you’ll have at ever getting the opportunity to do it.

So many people started reading books as a way to pass the time and learn something new. Even if it was fiction, it meant that they were doing something they liked. Moreover, when it comes to passions, so many people never get the time even to explore the things they’d be good at. Most people find themselves questioning whether they have any passions at all. Some people, however, found the answers during the lockdown and got really good at things.

A great example of this can be how so many people bought musical instruments. Even though learning an instrument is a difficult task to do alone, they managed to make time and find a way. Music is a famous art form that has the most beautiful expression. Similarly, people who have interests in different forms of art like painting, sketching, etc. should make an effort. This is the best time to try out something new and discover whether you’re good at it. One of the most important reasons you should pick this time is because you’ll be alone. You won’t have a fear of judgment or the nervousness bringing you down. Learning through video tutorials and courses online is a great way to start off at something.

This is perhaps one of the most productive things people did during the lockdown. People thought that since there’s nothing but time, why not use it to make themselves able to do more? As a result, a lot of people picked up various digital skills that they started to learn. Some of these included graphic designing, animation, and even website development. Although a lot of people had reservations about learning to code, they had no trouble starting the process during the lockdown. This allowed them the opportunity to understand more about the contemporary fields of digital development.

Nobody can become an expert in just a few months. However, those who start off early are certainly closer to making it than those who didn’t. Another few skills that became really popular and whose demand rose significantly as well were those related to digital marketing. Every business realized that if they aren’t reaching out to audiences online, they aren’t going to make it. Therefore, all those establishments and even small-time business owners who refused to go digital eventually had to give in. This prompted the demand for digital marketers like SEO experts, Content Writers, Performance Marketers, Social Media Managers, etc.

The perks of learning these skills were twofold. Firstly, it helped everyone efficiently pass the time and update themselves on the latest working environments. Secondly, it helped them design a new career for themselves. People who weren’t happy with their current jobs took the initiative to learn something new and started freelancing. The significant rise in the gig economy also played a huge role in encouraging people to try and learn new stuff.

Another big feat many people achieved throughout the lockdown period was looking at their lives with a different outlook. Considering their situations, people started noticing repetitive cycles and plans they’d been putting off for a while. To avoid stagnancy and monotony, they decided to make huge changes. The majority of these issues circled around their current living condition, particularly the location they were in and the jobs they were doing.

To make things interesting again, many people tried to look for different places they could move to. Since they never got the time to browse through various possibilities on the internet, the lockdown provided plenty of opportunities. As a result, many people decided to move into bigger and better homes to start a new chapter of their lives. Similarly, those who were of the opinion that they weren’t doing what they love chose to take time off from work. Ultimately, after thinking about it carefully, they decided on better career options that suited their preferences.

Consequently, many people ended up changing their professions. As many companies around the world fired employees to tackle the economic crisis, people used the opportunity to hone their skills.

The lockdown has really made it difficult for everyone to go about their lives the way they were before. However, that doesn’t mean that we’re trapped with a sad reality until things go back to normal. Making specific changes in our lives like eating healthy foods, taking in vitamins, switching to CBD distillate, and working out can really improve our lives. Furthermore, if you keep yourself busy in taking care and improving upon yourself, it’ll pass the time easily as well.

Photo by JESHOOTS.COM on Unsplash

Previous post:
How You Can Support the Travel and Tourism Industry Next Post:
Say Goodbye to Restless Sleep With These Easy Steps