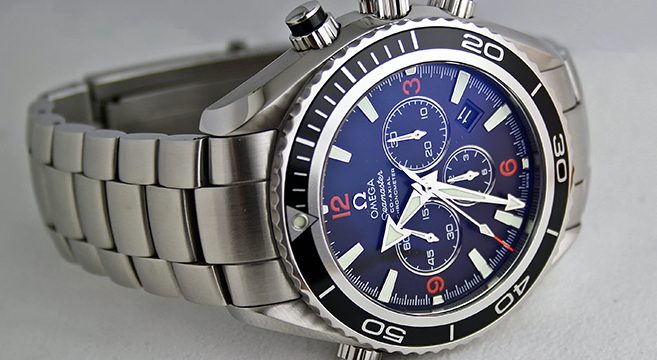 Omega is one of the few Swiss luxury watchmakers out there that’s survived as one of the leaders in its field for more than a century. And there’s a good reason for that. Not only does the brand produce some of the finest, most precise watches this world has to offer, but it also knows how to choose the right partnerships – one of which includes a strong association with that of the James Bond movies.

The Start of a Beautiful Relationship

The James Bond movies are an iconic series of spy films that have been in production since the 1960s and are still going strong today. They have been a huge success over that time, grossing in at over $7 billion to date. In 1995, Omega decided it wanted in on the action, and that year, Omega took over from Rolex in being the #1 James Bond watch. It was the Omega Seamaster Quartz Professional that first appeared on the wrist of Pierce Brosnan. This was in the film, Goldeneye. In every later film featuring Brosnan, he wore the Omega Seamaster Professional Chronometer.

To mark the 40th anniversary of the James Bond films, in 2002, a special limited edition of the Seamaster Professional Chronometer was released, featuring a 007 logo inscribed on it, as well as machined onto the back. You’ll also find it has 007 inscribed onto the band’s clasp.

In 2005, the James Bond files got a bit of a shake up when a new leading actor was introduced to play the part of the suave spy. This was none other than Daniel Craig. With the changing of a new Bond, came the changing of the Omega watch featured in the films. While still sporting the Seamaster collection, this Bond wore the Planet Ocean model in the first half of Casino Royale, then the Seamaster Professional 300M in the second half. In 2006, Omega released another limited edition James Bond watch. It was a Seamaster Planet Ocean model, similar to that of what Craig wears in the film. The watch features a small orange 007 logo on the second hand, an engraved 007 on the band’s clasp, and an engraved caseback.

Learning More About the Brand

As you can see, there is quite a strong Bond (excuse the pun) between the Omega brand and the famous spy.

If you’re looking to get your hands on your own Omega watch, there are quite a few different models to choose from. To aid you in your selection and in order to help you to discover watches by Omega, here are some of the most popular collections to browse:

Photo by John Torcasio on Unsplash
.
.

Previous post:
How to Settle in A New Country Next Post:
What Should Always Be Found in Your Outdoor Survival Kit