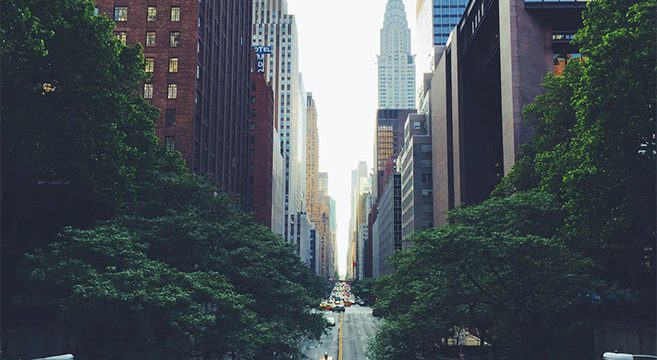 Apart from being one of the most expensive cities to live in the United States, New York City is densely populated with an estimated population of 8.4 million according to the data released on July 1, 2019, by the U.S. Census Bureau. The extent to which the current pandemic (COVID-19) has impacted its inhabitants is a direct consequence of its overpopulation as they are always exposed to increased risks from compact housing and congested public transport.

Ever since the end of World War II, the city has benefited from a robust job expansion, which could be a major source of attraction for individuals from other cities to make ends meet and subsequently become permanent residents. Job growth in the city between 2009 and 2019 is over 24 percent, which accounted for the addition of 907, 600 jobs.

The large job market and booming economy have only contributed to the high cost of living in the city, housing inclusive! Despite the continued increase in the employment rate (and population), there is no corresponding increase in housing units. In fact, the rate at which living spaces are being provided is slow-paced. Moreover, the median income of a typical New Yorker is approximately $58,000, while the average monthly rent is about $3,000 for a one-bedroom apartment (and $36,000 per year). Aside from their house rent, it should be noted that other expenses still need to be covered, and they are left with almost nothing to save when those expenses are settled.

The housing market in NYC is so crazy that buying or owning a house becomes almost impossible! Some people can’t even afford to rent, let alone buying.

When rents skyrocket and incomes are relatively stagnant or decreased, housing becomes less affordable. What then can be done to combat this housing crisis in New York?

Coliving: The Best Option to Expensive Housing in NYC

Coliving is a form of communal living where people of almost the same interest live together in a shared apartment. Several coliving companies offer good services, and we advise you to consider sharedeasy.club for coliving in NYC. However, it is similar to SRO – Single Room Occupancy since residents have their own personal rooms even though they have to share some areas such as the usual luxury-grade kitchen, bathroom, etc. within their rented apartment. However, the cleaning of these shared spaces is often done by the management companies and not the residents.

In a co-living space, residents are not usually members of the same family. Instead, they are individuals from all walks of life who voluntarily agree to share living spaces. Because these spaces are shared, there is a significant reduction in the rent as opposed to independently obtaining a single-bedroom apartment, which would be undoubtedly more expensive.

If you really want to cut down the cost of rent, you should consider the coliving option. As a coliving community member, you only pay for some parts of the apartment and not the entire building. You don’t have to be filled with the burden of paying for electricity, water, or utility bills as the rent already covers these.

On average, an all-inclusive, fully-furnished coliving apartment costs $1200 per month for a private room. Reliable Wi-Fi, basic amenities, organized events, etc. are often available in most coliving spaces with no additional costs.

The maintenance of a coliving space is very low. In the case where anything gets spoilt in the shared spaces, all members of the coliving community collaborate to get it repaired. However, you may be responsible for whatever gets spoilt in your private room.

If you’re the type that will want to customize your private room as per your taste, the burden is solely on you and not any of your housemates. But, these things are still cheap compared to owning the whole apartment.

Unlike a rented apartment, the possibility of people staying longer in coliving apartments is much. You can easily interact with people of the same and different interests and build a long-term relationship. Networking in this kind of setting is a big opportunity you don’t want to let go of. You can work things out with some set of people -this could be a project or a business idea you’ve long had in mind.

Truth be told, there shouldn’t be any feeling of loneliness even if you’re an introvert. However, when you need some privacy, you may choose to withdraw to your private compartment.

If you were to rent an apartment other than coliving, you might be required to make an advanced payment of up to 1 or more years. However, in coliving, renters are not tied to a long term lease, and the minimum stay is usually a month.

Despite how advantageous it is to live in coliving housing, it also comes with some disadvantages depending on the kind of person you are…

Conclusively, coliving is the most recent solution to the housing crisis New Yorkers are faced with. It takes proper care of expensive housing in the city, and anyone who earns a decent amount could easily afford it as opposed to renting a one or more-bedroom apartment. However, this housing option might not be the best for people who hold their privacy in very high esteem. It’s still a nice option though!

Photo by Robert Bye on Unsplash

Previous post:
A Guide To Planning The Ultimate Trip To Canada Next Post:
6 Steps Towards Finding the Perfect T-Shirt