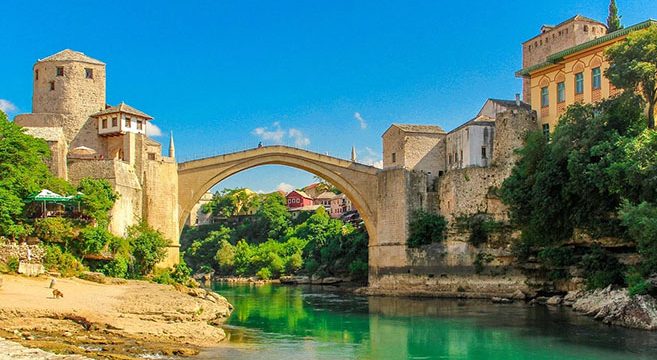 Important Sights to Visit When in Bosnia and Hercegovina

Most people traveling to Europe often miss out on the opportunity to travel to Bosnia and Hercegovina. Perhaps this can be attributed to the fact that its neighboring countries such as Croatia and Montenegro are more popular with tourists because it is simply easier to get there. True enough, you might need an extra effort to get to Bosnia and Hercegovina, but rest assured that you will not regret your decision in doing so. In visiting the country, make sure to visit some of the most impressive sights listed below.

One of the most famous sights that you should visit when you are in Bosnia and Hercegovina is Ilidza, where you will find old but fancy hotels built during the 19th and 20th centuries. It boasts of a charming park and a recreational area where you can relax and bask in nature. To get to the park, you need to walk through a long alley that is lined with trees.

If you are not fond of walking, you can arrange for a carriage to take you to the park because the alley that you need to pass through is not open for vehicle passage. You can get to Ilidza by riding a tram from Sarajevo, which is the capital city of the country. It is in this low-key city where the first world war started so there is a great chance for you to still see remnants of this event in history.

Mostar is one of the most renowned cities in Bosnia and Hercegovina, proud of the Ottoman old bridge above the Neretva river. This old bridge made it to the UNESCO World Heritage List. The best place to admire this picturesque scene is from the minaret of Koskin-Mehmed Pasha’s Mosque.

Make sure to explore the old town in Mostar too, where you will get the chance to visit war museums and bazaars. While in Mostar, you can stay in Apartment Solis. This is a family-owned property that has huge, modern, and spotlessly clean apartments.

Blagaj is a tiny village in Bosnia which is home to the Velagić House and the Dervish monastery. Both of these are dramatically built on the side of the cliff, which makes them captivating and perfect for stills. Blagaj is located just 15 minutes away from Mostar, such that if you are already in Mostar, make sure to visit Blagaj too.

The tiny village of Pocitelj is also listed in the UNESCO World Heritage Site. However, it is a hidden treasure of Bosnia and Hercegovina. While you will pass by this village if you are driving to and from Mostar, there is a great chance that you might miss it.

This is because this village is glued to the hills, with the lush green vegetation concealing the stone buildings. To have a good view of the entire village, go to the ruins of the fortress. For sure, when you find yourself alone in this village, it will prove to be difficult not to fall in love with the place.

Jajce is a laid-back but picturesque town in Bosnia, home to the Pliva Waterfall that adorns the center of the town. It is a walled city with a citadel built high above it. Make sure to climb up there to admire the stunning view of the city, as well as its surrounding area. Apart from the waterfall, you can also visit the Pliva Lake, where you can ride a boat, fish, or even swim, making this a perfect summer getaway for families and friends.

Each year, thousands of Catholic pilgrims travel to Medjugorje, where the Virgin Mary appeared to the children playing in the nearby hills. At the center of this town is a Catholic church that can accommodate hundreds of people. Behind the church is a garden with statues and mosaic grottos. One of the most famous sculptures is the “Statue of the Risen Christ,” which appears to be crying.

Banja Luka is the second-largest city after the capital city of Bosnia. This place is famous for its cafe culture, and it is the kind of place where you can just sit back and relax while having a great cup of coffee. For sure, you will have no trouble finding the perfect spot to enjoy a hot brew since there are an estimated thousand cafes and bars in this city. Aside from indulging in coffee, you can also explore the medieval Kastel Fortress. You can stay in Hotel Ideja when you are in Banja Luka. This hotel has great reviews because of its sleek but modern rooms.

Una National Park is also known as Nacionalni Park Una. It was put up in 2008 as a means of protecting the Krka, Unac, and Upper Una rivers and archaeological sites. Because of the rich flora and fauna in this area, it is considered as one of the most biodiverse locations in the Balkans.

Surely, you should not miss visiting the high-terraced waterfall, which is the Štrbački buk. Aside from this, there is the equally stunning Milancev Buk waterfall. The closest town to Una National Park is Bihac, which is the perfect place for you to stay if you want to explore this location.

Head to Kravice if you want to see the Kravica Waterfalls, in case you missed the waterfalls in Jajce. However, it is only open to tourists from May to October, where you will also be able to effortlessly find washroom facilities and restaurants. If you are headed for Mostar, make sure that you stop by Kravice as well, even just for a day trip.

To wrap things up, consider traveling to Bosnia and Hercegovina and uncover its hidden gems. You can get there by flying or by taking a bus from its neighboring counties. Rest assured that it is a safe place to get around and explore. Obviously, you need to be cautious about your safety, regardless of whether you are in the city or somewhere in the fields or forests. Friendly Bosnian hosts will ensure you have a wonderful time.

Previous post:
7 Telltale Signs You Need a Personal Trainer Next Post:
Luxury Travel on a Budget: 6 Essentials Tips You Need to Know