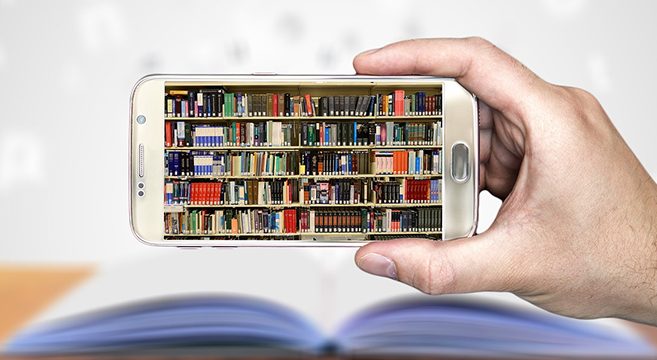 Though many people believe that movies are stealing the limelight depriving books of well-deserved attention, it is not actually true. Books and movies are allies rather than enemies. There are so many screen adaptations that have helped popularize the novels they are based on. They also offer a new perspective on the familiar characters. And, finally, movies speak to the audience in a visual language and, in such a way, often aid learning and comprehension. “Everything I learned I learned from the movies,” said Audrey Hepburn. And you can too! Research shows that video format is as efficient in transmitting knowledge as textbooks and can even help you deal with serious scientific problems. So, if you find some of the books too long or too complex, watching screen adaptations is a perfect solution!

Make yourself comfortable and grab your favorite snack. We have compiled for you a list of amazing screen adaptations that pay homage to the original but also add a fresh touch. They will definitely inspire you to read the original. What is more, these movies will save you a lot of time. But if you are still hesitating, you should know that professional writers and tutors online can provide you with a review of any movie of your choice and even write for you a detailed piece whether you need to compare the book and the movie or reflect on controversial topics and write a gun control essay or an essay on racism.

Get ready to dive into the magical world of the brilliant novels brought to life on the screen!

1. The Personal History of David Copperfield (2020, directed by Armando Iannucci)

If you have ever entertained an opinion that Charles Dickens’s novels are boring or even outdated, this screen version of David Copperfield is precisely for you! It is anything but boring! Vibrant, dynamic, and humor-packed, The Personal History of David Copperfield will make you fall in love with its characters at first sight. Colorblind casting works perfectly here, and Dev Patel is incredibly endearing as David Copperfield. Hugh Laurie, Tilda Swinton, Peter Capaldi, and Ben Whishaw turn the movie into an absolute feast for any movie lover. As David’s chaotic and entrancing journey from rags to riches progresses, it becomes clear that the creators of the movie, Armando Iannucci and Simon Blackwell, are great admirers of Dickens’s work, and they obviously intend to expand the great writer’s fan club with the help of this hilarious and colorful movie.

Jane Austen’s works have been adapted for the screen multiple times. But this recent movie can boast a nearly perfect balance between staying true to Austen’s original and testing creative limits of a screen adaptation. The director managed to convey the lively, brittle spirit and dry humor of Austen’s writing. The film perfectly recreates the colorful splendor of the epoch, famous for its intricate dresses and pompous balls and the enchanting beauty of the English countryside. It is a pure pleasure for the eyes, but also a thoughtful reflection on problems raised by Austen in her classical novel.

This film starring Saoirse Ronan, Emma Watson, Florence Pugh, and Eliza Scanlen as the four sisters is, probably, the best screen adaptation of Louisa May Alcott’s novel Little Women, so tenderly loved by many generations of readers. It is perfect in many ways: superb acting, make-up, lighting, and music turn this film into a real work of art, well-balanced and inspired. The flow of the narrative is smooth and absorbing. It is an adaptation that deserves the love of Alcott fans and the immediate attention of the first-timers.

This screen adaptation of The remains of the day, a celebrated novel by Kazuo Ishiguro, who won the Nobel Prize for Literature in 2017, is psychologically profound, exquisite, and subtle. Anthony Hopkins is impeccable in his role as the loyal head butler, ready to sacrifice everything he has for the sake of serving his master. But when he finds himself on the crossroads between two epochs and two sets of values, the protagonist has to review his convictions. This screen version of a genius novel is outstanding in every possible way and should not be missed.

In the middle of the twentieth century Herman Melville’s Moby Dick, one of the greatest American novels, was an unlikely candidate to be adapted for the screen. Not only was such a project a nearly impossible endeavor because of the special effects it required, but also because of the all-male cast and the total lack of any romance. And yet, John Huston managed to create an incredibly powerful and mesmerizing version of Melville’s masterpiece that has retained its high status to this day. Gregory Peck, who was quite young at the time when the film was shot, nevertheless delivered a stunning and convincing performance as Captain Ahab. The screenplay was co-written by John Huston and Ray Bradbury. Dynamic, sinister, and dramatic, this classical adaptation is an absolute must-see.

Previous post:
How to Become Health-Conscious and Why It Matters Next Post:
Reasons Why You Should Talk to a Professional About Your Mental Health