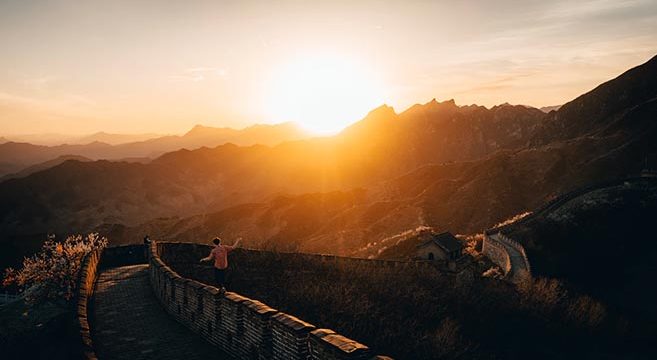 Silk Road: The Ancient Trade Route that Changed the World

The Silk Road was the largest and the most important trade route in human history. It was pivotal to the economic, cultural, political, and religious interactions between the various regions of the Old World. The modern globalized world as we know it today could not exist without it. Furthermore, the Silk Road opened new paths for people to exchange goods, cultures, religions, technologies, flora and fauna, and ideas. Many great ancient civilizations owe their greatness to the trade with other cultures — most notably, the impact of Chinese-invented paper and gunpowder.

Silk Route: The Links Between the East and the West

How it came into being

The formal emergence of the Silk Trade route came about in 130 BCE by the Han Dynasty. Although, the Silk Road was not a single road but a network of roads that included existing pre-Han era trade routes such as the Persian Royal Road. The Han’s expedition to, and trade with, the west and central Asia inspired Emperor Wu of the Han Dynasty to open a trade route that would connect the East with the West.

Main Parts of the Silk Road:

When people talk about the Silk Road, it is the land-based intercontinental routes they are talking about. Merchants on this route performed “relay trade”, meaning that the goods exchanged many hands before finally reaching their destination. This type of relay trade is still present today.

The northern route gained popularity in the time of Emperor Wu of the Han Dynasty. The route began from the central Asian city of Chang’an (Xi’an) and climbed northwest through the Chinese provinces Shaanxi and Gansu.After that, this route then split into three different routes; one goingnorth of the Taklamakan desert, one following the south of Taklamakan desert, and the third went to the north of the Tian Shan mountains through modern-day southeastern Kazakhstan into its completion in the city of Merv in Turkmenistan.

The southern route also known as the Karakoram route (part of which is still active for trade between Pakistan and China) connected China through the Karakoram mountains to Pakistan, Afghanistan, Iraq, and north of the Syrian desert to the Levant. From there onwards, the maritime routes continued into Europe.

Historians believe that the southwestern route led from China through northern India into the Ganges Delta. Additionally, the Ganges Delta performed as an important international trade hub and the exchange of western and eastern currency took place here. Furthermore, the southwestern route was an international route that connected Sichuan, Yunnan, Burma, and Bangladesh.

The maritime routes of the Silk Road were as important as the overland trade routes. The merchants on these routes would trade goods in relay trade from one port city to another. Thus, the port cities connected by this route held cultural and economic significance in their times.

The historic maritime route of the Silk Road connected:

Trade on the Silk Road

Though the route got its name from the high trade activity of Chinese silk, the trade between the civilizations included all sorts of goods. The merchants traded anything that they could sell in return for products that were not available in their homeland. For example, the Chinese traded silk with the nomads of Eurasian steppes for strong horses that they could ride. And the turmeric curcumin benefits in medicine from India created a high demand for the spice in China, Africa, and Europe. However, goods were not the only thing that went trading on the Silk road.

As a result, the trade of goods from the West to the East included goods such as horses, camels, saddles, riding tacks, dogs, other animals, animal furs and skins, fruits, grapevines, honey, glassware, rugs and carpets, textiles, gold and silver, slaves, and weapons.

The interaction of people from different parts of the world created a transmission of different ideologies and religious ideas. The Silk route was the main form of transmission of religion from one part of the world to another. Most notably Buddhism, Christianity, Islam, Judaism, Manichaeism, and Zoroastrianism spread across Eurasia through the trade networks belonging tospecific group of religions. For instance, when people traded with them, they traded not only goods but also their ideologies and went back with them to their people.

Perhaps, the most significant feat of the silk road is not the trade of products but of culture, language, and ideologies. The spread of arts, crafts, philosophies, and religion that changed history would not be possible without such an open and extended trade route.The development of cities and towns along the silk road and their significance as trade hubs causedthe mixing of populations. This in turn brought a torrent of knowledge and technologies to spread throughout the Old World.

The interaction of people from all around the world also meant the transmission of diseases and their spread. In conclusion, it is now a popular belief that the plague that caused the Black Death in Europe in the 14th century traveled to Europe from China or Central Asia through the silk road.

Previous post:
How To Use A DNA Test Kit To Travel Through Your Family Tree Next Post:
Lust In Lockdown: Why The LuckyCrush Random Chat Site Is The Perfect Pandemic Antidote