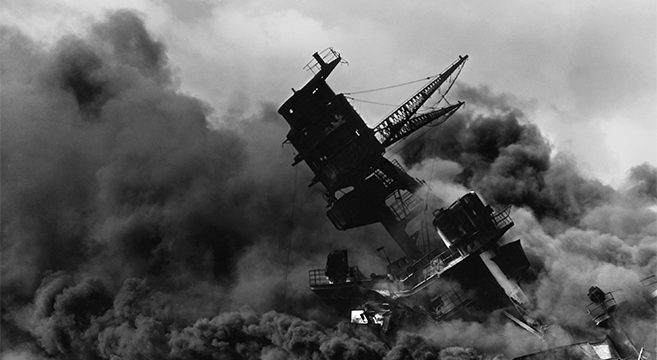 It was December 7th, 1941, nearly two years into the Second World War, at almost 8 in the morning. The US naval base in Pearl Harbor, Hawaii, was bombed by hundreds of Japanese fighter planes. America was waiting for the perfect opportunity to enter the fighting arena, and Japan wanted to clear itself a way of conquest in the region.

The Japanese wanted to conquer the Malaya, Dutch East Indies, and the Southeast Asian region without any interference or distraction. Ravaging the Pacific fleet seemed the only way possible. However, things didn’t end here. America got the opportunity it was seeking so badly. In the years that followed, American politics changed a lot. For those who wonder, ‘Why was the attack on Pearl Harbor important?’, here’s all you need to know:

‘Yesterday, December 7th, 1941, a date that will live in infamy’, these were the words of the then US President Franklin D. Roosevelt. The speech took place on the very next day of the Pearl Harbor attack. When we question how did Pearl Harbor affect America, we can consider this speech is the starting point.

Had there been no such attack, the role of the US in the Second World War would’ve been quite different. But the attack gave America all the sympathy and rage it needed to barge in and join the Allies coalition in fighting against the Axis. The first planned action by the United States came as a retaliation of Pearl Harbor. The aircraft carrier USS Enterprise attacked Japanese bases in the Marshall Islands in January 1942.

This was the most powerful political decision after the Pearl Harbor attack. Roosevelt used the pivotal Pearl Harbor incident to change the path of WWII.

The Rise of American Nationalism

Another influential answer to the question of how did Pearl Harbor change America is the unending rise of nationalist sentiments in the US. Apparently, this sentiment was a general effect of the second world war and was observed all over the world. However, it had the most eminent rise on the American soil.

Those whose half nationality hailed from the Axis’ side, faced a number of strict and suffocating regulations. Italian Americans, German Americans, and Japanese Americans became a target of anti-national sentiments. Americanism rose in civilian and political spheres, too.

The promise of the American dream and the revenge for the soldiers whose lives were lost in the attack became a new political manifesto. This attack was used for many years as an excuse to swing public emotions in a nationalist pendulum. This helped the entire Congress to unite people for declaring their support in the war against the Axis. The ‘We the People’ was a valued slogan, and all anti-war groups lost their voice and value.

One of the most obvious answers to how did Pearl Harbor affect America was America’s firmer faith in a liberal policy. During WWII and post-Pearl Harbor incident, America realized the importance of expanding its trade and security horizons. The US decided to keep its lands open for trade and transport in order to keep a check on international activities.

The key aim here was to ensure national security as well as international security. Under the guise of liberal political theory, free speech and free trade were encouraged. This way, the American think tanks could find ways to manipulate international and foreign affairs without America getting involved directly.

The war on terror only gained ground because Pearl Harbor revealed the importance of keeping strong checks on international activities.

During your college education, you may have read about the Pearl Harbor incident. If you’re a student of the social sciences, you may also have searched free essay examples for your classwork. In the field of online academic writing in politics and foreign affairs, Pearl Harbor has a special place and value. If you want some free essay examples regarding Pearl Harbor, there’s a lot of informative content available. There are plenty of Pearl Harbor topics for research on https://studymoose.com/pearl-harbor, which can help you understand the ripple effects of this moment in history. Free research papers examples will help you to write a perfect research paper! 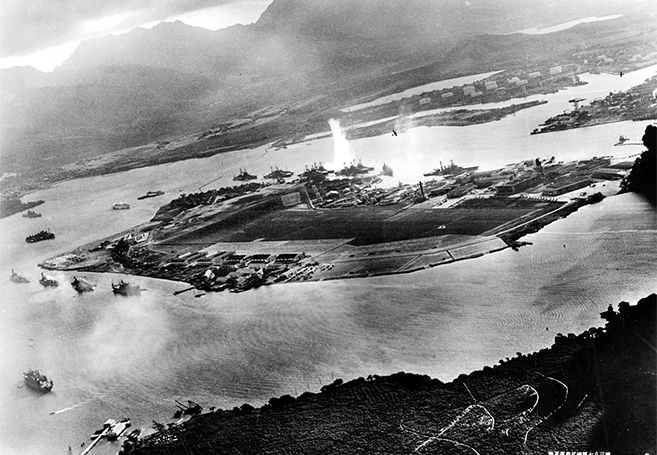 One of the worrisome revelations during the second world war was the Soviet expansion across the globe. The Eastern European countries of Poland and Czechoslovakia, the Korean Peninsula, the Middle East, and Western Europe bit by bit endorsed Communist ideologies.

By the end of the decade, in 1950, the US’s reason for entering WWII had changed entirely. It was no longer the vengeance of Pearl Harbor; rather, it was the US commitment of containment of communism. The US forced war on Vietnam and detached itself from all strangled foreign relations. It signed financial pacts and invited people towards the free will and free trade ideology in order to counter Communist expansions.

What started out as a war against Pearl Harbor culprits, ended up as a brawl against the Soviets and Communist propaganda. The founding of the United Nations Organization and the General Agreements on Tariffs and Trade (aka World Trade Organization) was also a part of this objective.

The last but the most lethal of all political influences of the Pearl Harbor attack was the growth of the US military. A total of 2,403 lives were lost on the Pearl Harbor base. As a public reaction, there was a surge in the number of civilians applying to join military ranks. In the following years, America lost 400,000 soldiers in war.

On the other hand, America also became the first country to use atomic bombs and wiped out Hiroshima and Nagasaki. This propelled America to perhaps the most powerful and strategically important ranks in global politics. In short, Pearl Harbor became one of the contributing factors in enabling American hegemony.