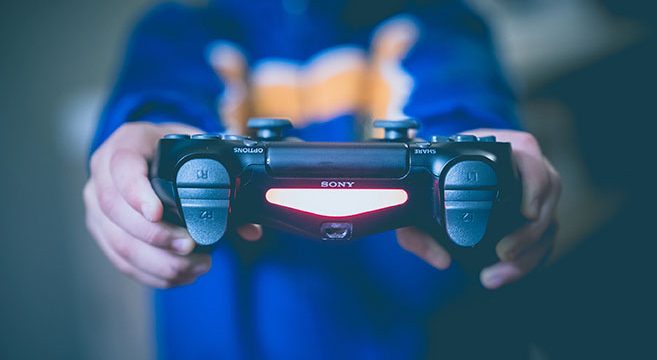 New Technologies That Made An Impact On The Gaming Sphere

For the past 80 years, when gaming was first introduced as a new technological trend at a science fair, entertainment became one of the most fast-growing and profitable industries in the entire world. Technology has changed the rules of the world and nowadays it’s almost impossible to trace all the novelties. However, gaming and gambling spheres experienced not only positive but also negative aspects of new technologies: with astonishing online pokies that impressed Kiwi players this year came higher security risks. But not depending on whether we consider these changes good or bad, technologies continue to evolve.

Today we have access to live gaming, better security, 3D graphics, voice and video technologies, and whatnot. Players can communicate, team up, and interact even being physically located on different continents. No wonder why gaming is so popular! There’s even some incredible new gaming gloves on the market which you can find at Wired Shopper.

Unfortunately, the improvement of technologies is a double-edge sword. Thus, companies and government institutions should keep an eye on privacy regulations and data protection. Criminals and scammers get smarter and so should we. So where will technologies take us next? What innovations made the biggest impact on gaming? Continue reading and you’ll find out the answer.

The first game machine that has at least distant similarity with the ones we know today, was presented in 1940 at the New York’s Fair. It was based on the Nim game and was played by 50,000 people within 6 months. Since then everything has changed and now more and more players prefer enjoying their favorite games not on outdated and slow software but on tablets and smartphones.

Over half of revenues come from mobile gaming: people prefer playing on tablets and smartphones instead of sticking to PCs at home. With mobile performance, players get access to their favorite games in a matter of seconds.

Unfortunately, the introduction of this technology leads to a serious consequence: unhealthy gaming and increased time spent on this entertainment sphere. Thus, players should remember that any game is just a game and there is a bright and interesting world outside the screen.

You have probably heard of Virtual Reality, a technology that allows experiencing full immersion into the gaming process as if you are a part of the scenery. But Augmented Reality or AR is something completely new.

It is only in the initial stage of development but has already occupied the minds of thousands of players worldwide. AR technology connects the game and your environment, which allows engaging real time and location together with a fictional world.

At the moment, Augmented Reality games include treasure hunts, shooters, and geolocation quests. We can only imagine what results it’s possible to achieve when the AR technology will be integrated into different gaming industries.

It will allow players walking around a real gaming site whether it is a magical wood, a football field or a casino, and to become a part of real scenery. Unfortunately, experts don’t see AR implementation in the nearest future because the software should still be updated in order to keep up with the AR requirements.

One of the technologies that will surely impact gaming is 5G. It allows faster wireless speeds to mobile devices including smartphones and tablets. Thus, mobile gaming will be even faster and demanded.

However, specialists still find it difficult to predict what impact the 5G technology will have on the gaming sphere. It could initialize the introduction of more cloud-based services, new multiplayer games, and a wide range of other improvements. But one thing is clear: faster wireless connection means better gaming experience and additional perks for players.

While mobile gaming has occupied firm positions on the modern market, the revenues have slowed down and players start experiencing inconveniences like small screens and limitations of the gameplay.

Experts predict that the future is after virtual reality and artificial intelligence, which will give players a unique and realistic experience. We are not able to say what the future holds but one thing is sure: gaming will continue improving at a break-neck speed and it only takes one genius idea to rewrite the history anew. We can’t wait to see what happens next!

Photo by Alvaro Reyes on Unsplash

Previous post:
How To Incorporate The 5 Nature Elements Into Your Meditation Next Post:
The Best Natural Ways To Burn Fat Fast