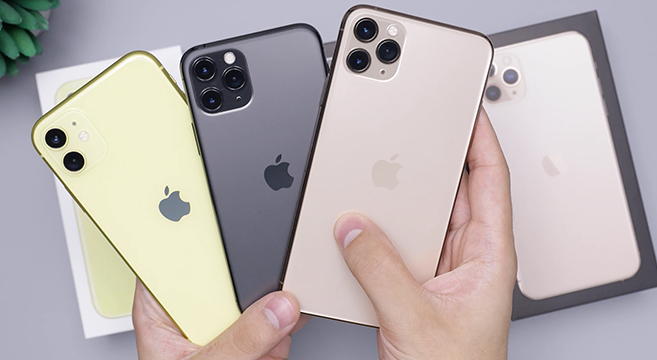 The Top 5 Products That Didn’t Exist 20 Years Ago

Time marches quickly in the tech industry. At the same time, new technologies have a way of becoming such important fixtures in our lives that it begins to feel as if they’ve always been there. When you look around your home and car or peruse the various apps on your phone, you see products that you use every day and have probably begun to take for granted. While it might seem as though you’ve been checking your social media feeds religiously forever, the fact is that just two decades ago, nothing resembling a modern social network even existed yet. What are some more of today’s tech-driven consumer products that didn’t exist in 2000? This list of products that didn’t exist 20 years ago will blow your mind.

Steve Jobs always wanted to take part in the creation of a product that would change the world. It’s debatable whether Apple’s seminal Apple II and Macintosh computers did that; those were just two of many important computers released during the 1970s and 1980s. No one can deny, however, that the modern smartphone did change the world – and it didn’t exist before Steve Jobs stood on the Macworld stage in 2007 and introduced the iPhone to a rapturous audience.

Before the iPhone, some smartphones had uncomfortable physical keyboards and could only run simple applications programmed in Java. Other smartphones – such as Windows Mobile phones – did have touch screens and could run real apps. The screens were unresponsive, though, and the Windows Mobile app selection suffered from poor developer interest.

Before 2007, no phone in history had ever met all of the consumer’s needs – and then some – like the iPhone did. Instantly, the iPhone became the most desirable phone on the market, and everything else seemed hopelessly obsolete. Today, virtually every phone on the market looks basically like an iPhone.

How many times have you walked down the street and seen someone puffing on a vaping device like the JUUL? If you’re a former smoker, maybe you even quit yourself with the help of a vaping device and some tasty e-juice. Today, it’s estimated that more than 40 million former smokers around the world now vape, and more people switch from smoking to vaping every day. Twenty years ago, you could only quit smoking cold turkey or with the help of nicotine replacement products or dangerous prescription medications. Today, smokers have an alternative option that’s just as satisfying and may be significantly less dangerous.

Fully electric cars actually did exist in 2000. In the 1990s, all of the Big Three automakers put electric vehicles on the road. The early models were all short lived, however, because the battery technology available at the time wasn’t quite ready to power cars with the range necessary for those vehicles to be true daily drivers. By the late 1990s, all three automakers declared that electric vehicle technology wasn’t ready for prime time and focused on the development of hybrid cars instead. California startup Tesla Motors, however, thought differently.

In the early 2000s, Tesla formed and began development of the Tesla Roadster. Eventually released in 2008, the Roadster was based on the body of the Lotus Elise. It was the first street-legal vehicle to use lithium-ion batteries for power, and it was also the first electric vehicle with a driving range exceeding 200 miles.

Entrepreneur Elon Musk took an interest in Tesla, helping the company secure funding and becoming its chairman in the process. Although the company is still seeking profitability, Tesla has grown rapidly and has introduced electric vehicles for many different market segments. Tesla now sells tens of thousands of electric vehicles per quarter, and you can find Tesla cars in practically every city.

Have you ever stopped to reflect about how remarkable it is that you can tap an icon on your phone and have almost anything come to your door – sometimes in just a few minutes? This isn’t just online pizza ordering – that technology has actually been around for close to 20 years – it’s the ability to order a meal from virtually any restaurant in your city and have someone bring it to your door in less than an hour.

Need a ride? Just open your Uber or Lyft app, and a driver will pick you up in a few minutes. Fresh food from the grocery store? You got it. You can even order just about any product instantly from Amazon; the company now offers on-demand local delivery of many products in major metropolitan areas. Before long, it’ll be automated drones rather than human drivers making those deliveries.

Twenty years ago, you ordered products by talking on the phone or typing on your computer – and then, you waited. Today, no one waits for anything.

Two decades ago, the best option for people who wanted to enjoy high-quality video content at home was DVD – and many people at that time were still watching movies on VHS cassettes. People who wanted to watch television programming watched it through standard cable, satellite and over-the-air television services.

Think about how you consume video content today. Suppose you want to watch a movie. Do you run downtown and buy a disc in a box for $20? No; you already have a subscription to a service like Netflix or Amazon Prime. You punch in the name of the movie, and it’s ready to watch.

The experience of watching television programming has also changed completely. There’s no need to sit through commercials and no need to wait a week to see the next episode of your favorite program. If you prefer, you can wait until the season ends and watch the entire series in one lazy afternoon. Do you enjoy sports? Services like MLB.TV make it possible to watch every game played by every team, either in real time or at your leisure. Streaming video services have made standard television virtually obsolete – and 20 years ago, many people would have said that would never happen.

Photo by Daniel Romero on Unsplash