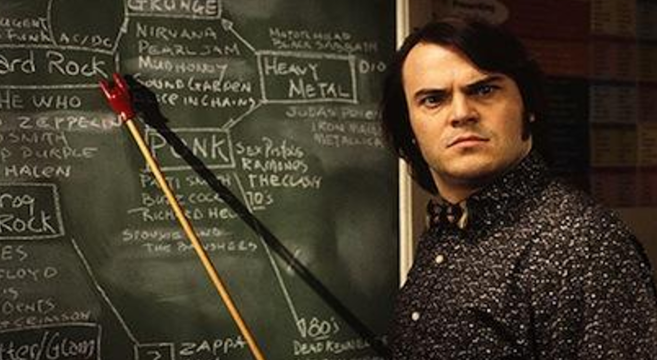 The Benefits of Integrating Pop Culture in the Classroom

Popular culture, also known as mass culture, is often considered trivial and somewhat oversimplified. People who regard themselves as true connoisseurs of art often scoff at pop art paintings, sculptures, and its other products, thus belittling their meaning and value. Still, despite its seemingly modest status in the hierarchy of cultures, pop culture has deeply etched itself into various spheres and aspects of our life. And in the Digital Age, the influence of pop culture is even stronger. Undoubtedly, we cannot imagine out pastime without watching TV shows, listing to pop hits, and reading comic magazines. Pop art is a ubiquitous, all-permeating, and long-standing phenomenon that fascinates and inspires millions of people, and students are no exception. Young learners often view pop culture not only as the source of entertainment, but also inspiration and motivation. And motivation, as you know, is a prerequisite for successful learning.

Being a college student is not only about knowing how to conduct qualitative research and write essays, but also knowing the actors of your favorite TV show by name, getting the latest pop songs onto your iPods, and going to the premieres of the recently released blockbusters. Undoubtedly, pop culture is also an integral part of almost every student’s life and therefore its influence on education is considerable. We think that educators can benefit from introducing elements of pop culture into the classroom. This can help engage students and make lessons more relevant to what is happening in the real world.

There is no point denying the fact that a vast majority of students tend to spend much time interacting with pop culture. They watch music videos of Sia, Ed Sheeran, Rita Ora, Justin Bieber, and hundreds of other pop singers. They discuss personal life of celebrities and, truth be told, aim to emulate their idols. A good many students also maintain a good old American tradition and devour tons of comics or look forward to the new movie adaptations of Batman or Iron Man. Once teachers realize how much importance their student attach to pop culture, they may want to make it part of educational process.

Indeed, pop culture can be an effective engagement tool wherewith students’ media literacy, critical thinking, and research skills can be improved substantially. According to Education Drive, teachers should be encouraged to link such subjects as entertainment, celebrities’ life, entertainment, music, and tech to learning material. Doing so will undoubtedly help educators elicit students’ response to what is being discussed in the classroom. The learners will become more vocal and start sharing their thoughts and opinions more willingly.

It’s also worth noting that pop culture can be integrated almost in every class. Celebrities’ behavior, recent tweets or comment on social media can be discussed during the English and Ethics classes. Furthermore, a teacher may encourage students to share their opinion on the film or TV series related to some hot issues or events in the spotlight. Such problems as racial or religious intolerance, sexism, glass ceiling, or objectification of human body also can be discussed through the prism of famous people’s attitudes or reactions.

How to Spice Up Lessons Using Pop Culture?

Pop culture can be used to ignite debates and conversation in the classroom. Show relevant music videos, movies, and clips and encourage students to share their opinion.

Allow students to write on topics that interest them. Pop culture is that broad topic that can be explored and analyzed in the essays and research papers.

Go public with educational material. Show your students that social media can be used not only for entertainment but also for educational purposes. Share fun and easy-to-understand learning material on social networks. Moreover, you can encourage students to create fictitious accounts on behalf of famous historical figures, e.g., Julius Caesar, Abraham Lincoln, Martin Luther King, or William Shakespeare, on popular social networking websites. Your students will have so much fun posting relevant photos and sharing their thoughts on the issues which mattered to their alter ego.

As you see, pop culture can be a meaningful educational component that can diversify and make the learning process more fun and productive. So, don’t hesitate to integrate it in your classroom!

Previous post:
What To Do With Your Travel Photos Next Post:
What Do You Need to Become a School Counselor?