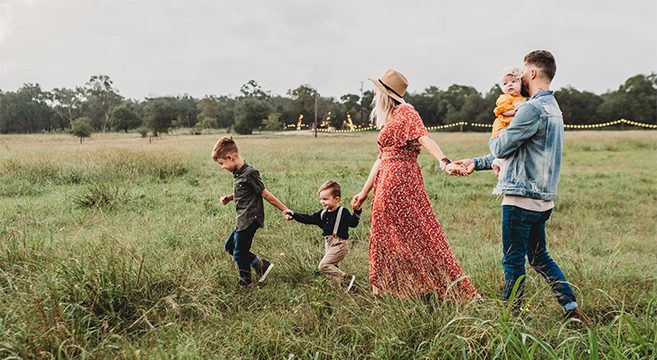 Know What Your Hormones Do for You

What is not common knowledge is that even these three hormones are vital for regulating cognitive abilities such as regulating your energy level, regulating sleep, and improve overall cognitive functioning. Having normal levels of one’s hormones in the body are important for sustaining health. Also, when taking a closer look it is realized that hormones don’t only regulate bodily functions. They also have a role to play in influencing your emotions, a factor that dictates your behavior. This is a crucial fact to be aware of at any stage in life, especially in parenthood. Hormone balance is key to a healthy life and a happy parenthood.

Understanding the Connection Between Hormones and Behavior

It hasn’t been long since the understanding of the relationship between hormones and behavior; however, since the connection has been made there has been significant progress in combating the effects of a hormone imbalance. One of the best progress made is a National HRT which provides hormone replacement therapy for women and men of varying ages that are struggling with changes in their mood and behavior caused by a hormone imbalance. Despite the discovery of the connection between hormones and behavior it is still asked to this day how hormones can affect a person’s behavior. The best way to understand this is by breaking down the process of how a person responds to a situation. This process occurs in 3 stages: stimulation/sensory input, integration, and response. A perfect example of this is when a mother and father hear their baby crying. The sensory input would be the crying of the baby while the parents acknowledging the crying is when integration occurs. How the parents resolve the crying is the final step in the process, response. At the integration, the stage is where your hormones come in to play in any given situation. Hormones can have a wide range of influence over mood, sleep regulation, energy, and cognitive functioning; thereby, affecting a person’s emotional perception of stimuli during integration. If the hormones are in balance it is likely that a person will display appropriate responses to any given stimuli. On the other hand, if a person has a hormone imbalance it is more likely that they may have an inappropriate response to some of the stimuli they come into contact with.

Understanding the relationship between hormones and behavior can be complex, but for a man and woman with a child, this is something to be wary of for happy parenthood. In women, it is estrogen and progesterone that triggers maternal behaviors in women. As for men, paternity is strengthened by the exposure to the female’s hormones during the time of her pregnancy, and the behaviors of paternity are triggered by testosterone. These three hormones are the driving force influencing maternal and paternal behaviors from the moment their child is conceived. Having a hormone imbalance involving these three hormones can compromise a parent’s emotional state, their behavior as parents, and their overall experience of parenthood. It is true, a study showed that nursing mothers who had high levels of the stress hormone prior to nursing were more attentive and engaging in maternal behavior when they nursed. However, what about when a woman is not nursing, or when their child grows older? Having a high level of the stress hormone is known to cause a hormone imbalance in women resulting in difficulty sleeping, decreased mood, irritability, and low levels of energy. The same can be said for males. High levels of the stress hormone can cause an imbalance with their testosterone resulting in irritability, difficulty sleeping, and fatigue.

The negative effect a hormone imbalance has on the mood significantly impacts how a parent responds to their children, as well as impact their experience as a parent. It can cause them to overreact having inappropriate responses to some of the situations they must deal with as a parent. In turn, a hormone imbalance negatively affecting a parent’s behavioral responses can negatively affect how they view themselves as a parent, as well as taint their experience of parenthood. Hormones influence behavior, but they should never rule over a person. When hormones are imbalanced causing an overreaction, or a person behaving differently than they normally would when it comes to your children an HRT clinic can help in regaining the balance of the hormones. Parenthood does not have to be a hard and difficult experience. Learn to recognize when mood and behavior are different than usual, as it could be a sign of a hormonal imbalance.

Previous post:
Fisherman Finds 75-Pound Pearl Worth Over $100 Million & Here’s The Paradise Spot Where He Found It Next Post:
Programming Homework Help: Leave the Difficulties to Professionals!