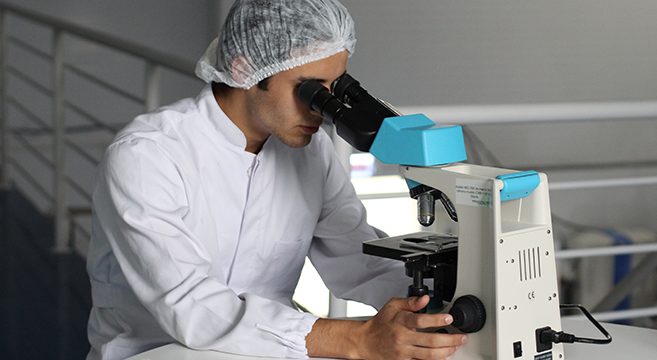 Identity politics has been in the news a lot over the past few years. In fact, in some corners of the web, you don’t see much else. This isn’t such a bad scenario. It’s a sign that society is grappling far more with identities which were not long ago viewed as indulgent, sick, or even just a bad joke.

One of the developments from the obsession with identity politics (as well as its intersection with current scientific advances) is that ancestry DNA tests have become increasingly popular and inexpensive. You can choose the best ancestry DNA test that fits your needs all through the mail. Best of all, no need for a doctor! If you choose to get tested for risk factors, once you receive these results, you can have that meaningful discussion with your doc that you’ve been pushing off.

But what are the other legitimate reasons to get a DNA test, or is it just an indulgence? Some people might understandably view others’ explanations that they’re 1 percent Native American as nothing more than cultural appropriation. However, here are some excellent reasons that should not be scoffed at. Ancestry tests can help you explore your identity, especially if…
.
Your History is a Mystery!

The great American founding fathers’ story is something a lot of people are proud of; their ancestors came to this country and worked to create a free society. And there’s nothing wrong with that. However, that part of history only works for some people; for the most part it is a historical connection for White-Anglos, as well as many of whom were enslaved from Africa or other regions of the world. If your ancestors did not come to America in this way, chances are this narrative does not describe your ancestral journey.

Again, this is especially poignant for African Americans who were brought to America as slaves. It is tough for African Americans to buy into the narrative of pilgrims, as that’s simply not the truth. Many people therefore refer to Africa as their motherland, seeing as that’s as much as they can tell you. But Africa is massive, and people from different parts of Africa are vastly different.

The right DNA test can be a way for people to connect [back] to their historical narratives. This not only applies to African Americans, but to people anywhere in the world whose only history in their country dates back to fleeing (or being stolen from) another country. A DNA test can help them find where they belong, in a historical sense, and take away some of that sense of displacement many still feel.

You or Your Parents Were Adopted

With the world changing at its current rate, people no longer simply conform nor neatly separate into different races and ethnicities. This is undoubtedly a good thing. Not only is society more diverse, but scientifically speaking, genetic diversity makes populations stronger and more apt to adapt. However, for people who were adopted, or whose parents were adoptees, getting a sense of where one’s ancestors came from can provide a sense of self that may be missing.

This isn’t something those of us who are privileged to have grown up with our biological parents even think about. Therefore, we don’t realize how much we take for granted the fact that we can put together a family tree and place where our ancestors were hundreds of years ago. Someone who was adopted knows their own personal history and their adoptive family’s history. But they may want more, to help them understand why they look the way they do, and where they fit into the world in a historical and sociological context.

You Don’t Have or Know of Relatives

I grew up with only two first-cousins, who lived with my aunt in Australia. My other aunt and uncle lived in the UK. I have more distant cousins who we would occasionally see, but my parents were bad at keeping in touch with them. Hence, I grew up without a close connection to any distant relatives.

My partner, on the other hand, had first-cousins living next door, down the road, and around his city. With around 40 aunts and uncles, a cohesive family was only natural.

Those of us who grew up like I did only realize we’re missing out when we meet others whose lives are so different. I don’t know what it would have been like to grow up with family all around me, but there are advantages to having those around who will have your back no matter what. A large family provides for people who will naturally be your friends, as well as entertaining and meaningful family gatherings that in no way are snooze-fests!

If you’re short of relatives, an ancestry test may be a good idea. It’s not a given that you’ll find relatives. It’s not like MyHeritage or 23andMe have a vat of everyone in the world’s DNA. But, if relatives of yours have done a test with them and have given them permission to share their identities with relatives, you may well end up forming relationships that last a lifetime.

Previous post:
Russia’s City Of The Dead Cemetery & The NY Hotel So Infested With Ghosts You Need To Sign A Waiver Next Post:
See Why This Mindblowing Hotel From James Bond’s Octopussy Is The #1 Most Romantic In The World